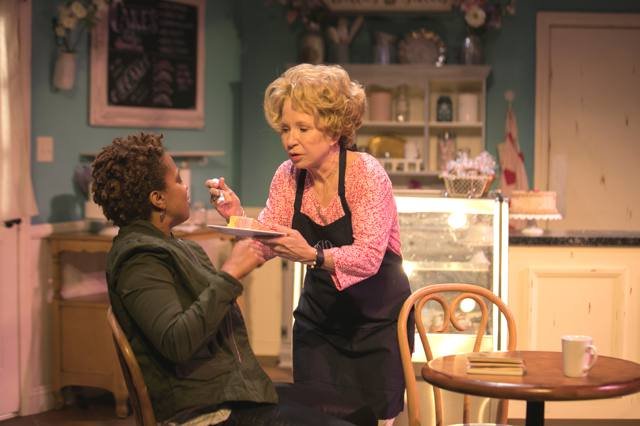 Strong writing and a compelling plotline plus a talented cast of professionals adds up to winning over even the toughest of audiences when it comes to accepting and embracing the new realities in the ever-changing and evolving 21st-century American theatrical landscape.

Plays, movies, and TV shows today are not the entertainment fare remembered by our grandparents. A new century opened up opportunities to explore creative ideas and concepts in all the art forms.

Contrary to the admonitions of George Bernard Shaw, who in the 20th century, penned the witty quip, “It’s a pity that youth is wasted on the young” was not as prescient as he thought he was.  Every age requires that the torches be passed forward.  It’s in the natural order of things.  The old accedes to the young.  The writers, playwrights and creative artist-ranks of today, are filled with bright, talented and intellectual practitioners hungry for venues to present their work. The Geffen is one the venues that are willing to explore and work with these emerging playwrights.

Case in point is the current production of “The Cake” now on stage at the Geffen Playhouse in Westwood, CA. The story is loosely drawn from an incident that occurred in Colorado in 2012. A same-sex male couple walked into a bakery shop one day and requested a wedding cake for their impending marriage. The male baker refused to create the cake claiming his religious tenets as the reason for his refusal.  That 2012 legal tussle is finally bound for the Supreme Court in 2019.

The story that playwright Bekah Brunstetter, intelligently crafts and the one that Jennifer Chambers deftly directs, revolves around Jen (Shannon Lucio) who lives in New York but has always dreamed of getting married in her rural North Carolina hometown.  So she heads down south with her partner Macy (Carolyn Ratteray) to ask Della (Debra Jo Rupp), her late mother’s best friend, to do the honor of creating a wedding cake from her well-known bakery.

Della’s cakes are legendary, even earning her a spot as a contestant on the TV show the “Great American Baking Show,” voiced and hosted, but not seen, by George (Morrison Keddie).  Della is thrilled at Jen’s request until she realizes there’s not just one bride, but two, forcing Della to re-examine some of her deeply-held beliefs, as well as her own relationship and marriage with her husband Tim (Rod  McLachian).  Faith, family, and traditions are on a collision course in this achingly poignant and insightfully written and performed comedy-drama.

Often thorny societal issues like same-sex marriage are easier to understand and embrace, for some, when comedy is the vehicle of delivery to an audience. The underlying message of empathy and acceptance by the characters also become easier for the audience to relate to in this era of diversity casting and gender-bending character roles.

There are four finely judged performances – both dramatic and comedic – that shine in this production. Rupp is a savvy show business veteran who knows how to reach and please an audience with comedy timing that cannot be taught.   Either one has it, or one doesn’t.  Rupp definitely has it. And she has her dramatic side as well in her scenes with McLachian, who renders a gruff veneer, at times, but is a devoted husband.

Ratteray’s character as Macy is not only riveting to watch but is a study in taking the stage and knowing what to do when upon it.  She has a 5000-watt smile that lights up a room (the same smile I saw when she performed in “Pygmalion” with Bruce Turk, at the Pasadena Playhouse a few years ago.

The performances of  Ratteray and Lucio as Jen, have gold standard moments. Their on-stage chemistry is palpable. One can feel Jen’s insecurities and emotional pain of not being able to ‘come out’ to her mother before she died, plus the disappointment of Della’s decision to not bake Macy and Jen’s wedding cake, all of which, strains their relationship as well.

With Macy’s strength and Jen’s desire we root for these two young women to succeed in their life journey together.  Chambers’ creative directorial touches are everywhere, and they are seamless in execution.  One of the best compliments a director can receive is that their presence was absent. But Chambers was not missing in the ‘love scenes’ between Lucio and Ratteray.  Her inputs are not gratuitous; they’re tastefully performed without losing any impact.

The beauty of this excellent production lies in the full-blown honest, authentic, and appealing characters created by Brunstetter, along with the smart direction of  Chambers that avoids the traps of clichés and the usual cardboard memes and tropes associated with same-sex character stories.

“The Cake” is a splendid production that performs at the Geffen Playhouse and runs through October 21, 2018.