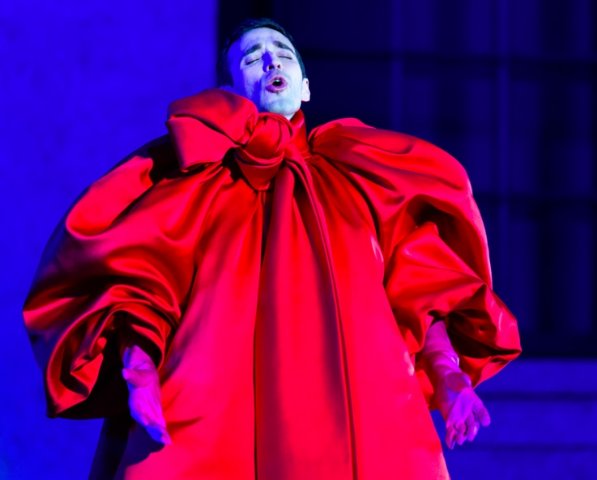 Anthony Roth Costanzo in Glass/Handel at the Barnes Foundation in Philadelphia. A headliner at O18. 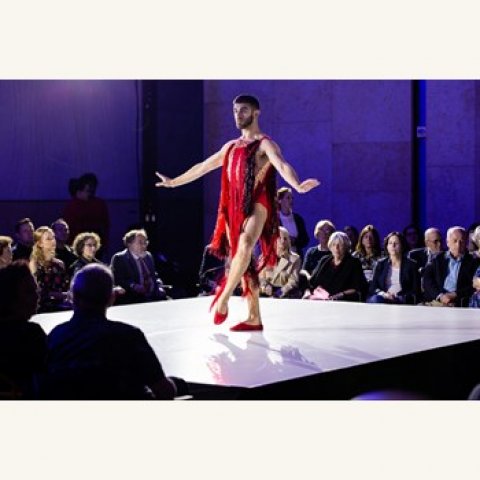 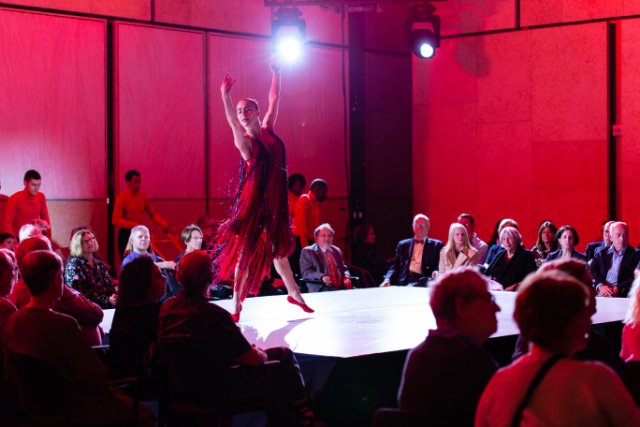 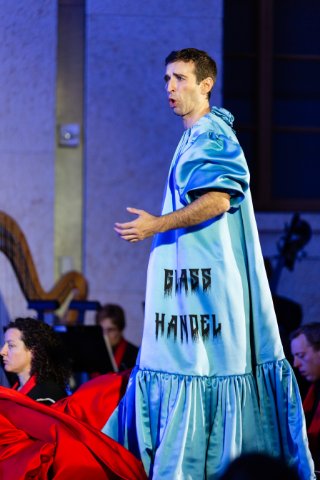 Costanzo does live costume changes. His billowing red robe now lies beside him. 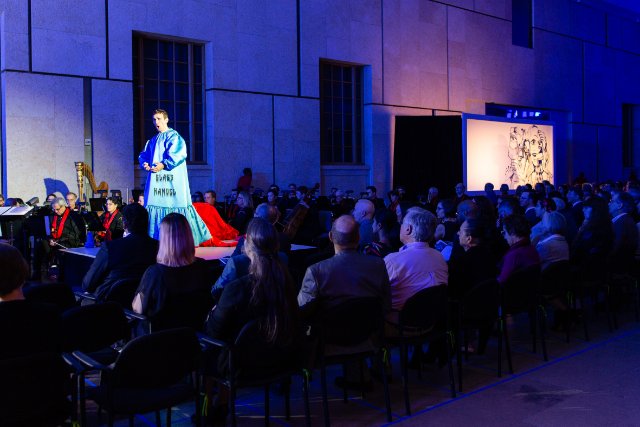 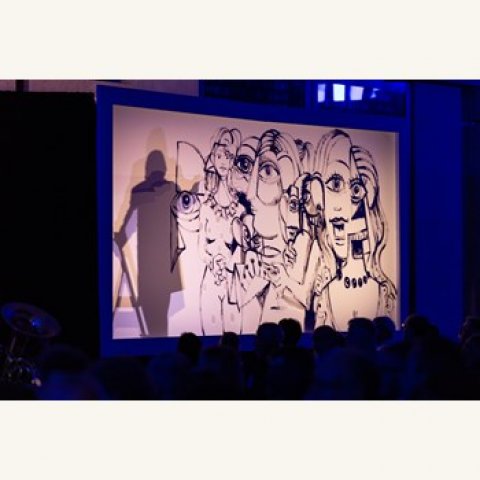 George Condo silhouetted as he paints 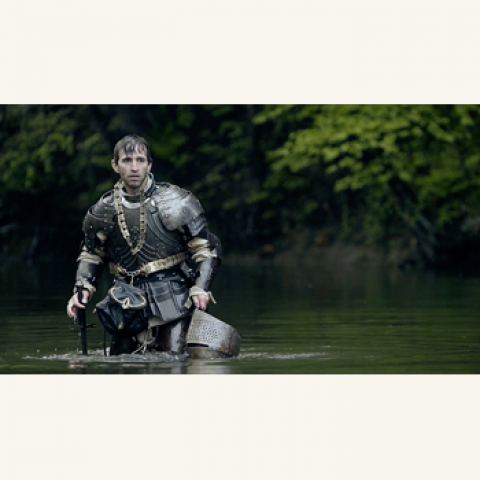 Costanzo in armor in a video projected as he sings 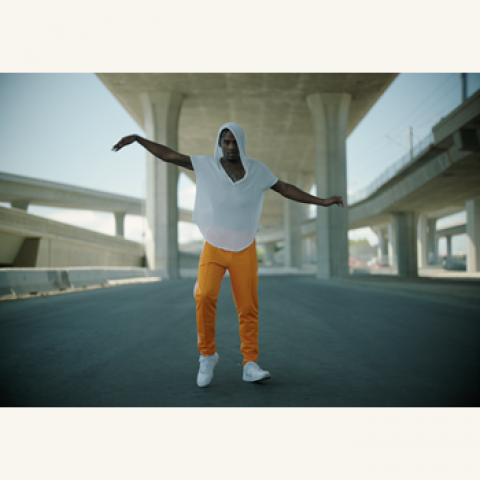 A charming, goofy dancer on video as Costanzo sings.

The attraction of a performer like Anthony Roth Costanzo is like that of Serena Williams: masculine power combined with a female tone and texture in tennis strokes and song. In Costanzo, we have manly strength and a feminine range, giving surreal power to the voice. Costanzo not only sports this range but is committed to bringing its beauty to an audience unfamiliar with the pleasures of classical music. His alliance with Opera Philadelphia and headline position at the second annual O 18 Festival in Philadelphia, is one of this company’s shows of brilliant producing. The singer and the company are perfect allies.

Costanzo sings baroque and contemporary. For a recent recording, he combined the music of Philip Glass and George Frederic Handel. The path to wide exposure has been prepared by counter tenor Iestyn Davies, a hit on Broadway in Farinelli and The King.

Costanzo’s expression is very much his own: the selection of a billowing red robe with puffed sleeves and spike red boots whose rhinestone strip where the zipper might be often suggests standing on sparkling stilts.

Glass/Handel is presented at the Barnes Museum in Philadelphia, one of the town’s special institutions. Allison Hertz, who would in a few moments play clarinet in the Glass orchestra, and I got our Cezanne fix, staring down the card players in his iconic painting. (Note: Since Barnes’ paintings do not travel, this image was represented by a print in the Metropolitan Museum’s show). Hertz can find abstraction anywhere, and points out the legs under the table. She tells me that I will go floating by behind her as the audience is carted from one space to another in the center court of the museum.

The court sits between two long sections, its roof a long translucent box which floats over the entire structure. Costanzo’s beautiful counter tenor is allowed to pass through us out into endless space. The court invites contemplation. As busy as we will be during the concert, focus is always on the voice. It is decorated with two identical videos in one section, the drawing of George Condo, live in another. Costanzo is mounted on a small 3D rectangle behind conductor Corrado Rovaris and between the Glass and Handel orchestras. On a second rectangle dancers Patricia Delgado, David Hallberg and Ricky Ubeda perform the choreography of Justin Peck. A list performers represent for every art form on display. We move through the sound and focus on different visuals through out the performance. Yet we are never overwhelmed by mega-talent, but instead can absorb beauty.

What amazes is not simply the audiences' rapt attention in every moment, but also the seamless mix of Glass and Handel. This is not to say that Glass can reach the heights, or depths of “Let me weep, My cruel fate, And that I should have freedom...I pray for mercy." Yet the sheer beauty of Glass’ music is clearly on the same level of pleasure.

The audience, young and old, experienced and novices, all responded with over-the-top enthusiasm, which mirrored that of the performers.

Costanzo and Opera Philadelphia fit together perfectly. Adventuresome perfectionists, willing to go almost anywhere to find new audiences and expand their horizons are hallmarks of the performer and the institution. Glass/Handel is just one highlight of O18 in Philadelphia.