Mahabharata as Battlefield via Peter Brook at BAM

A Startling Message from the Distant Past 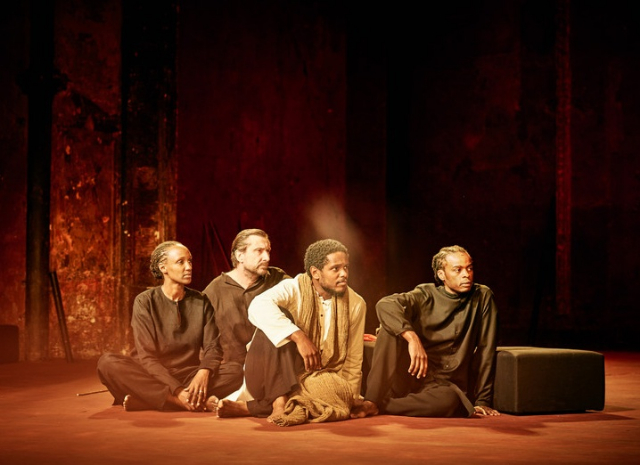 Battlefield by Peter Brook at the Harvey, BAM. Based on Mahabharata. 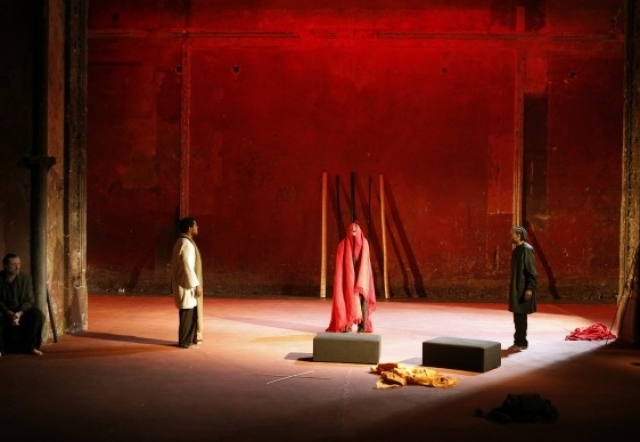 The stage of the Harvey theatre at BAM provides a frame large enough for this huge and important world tale. Peter Brook takes full advantage. 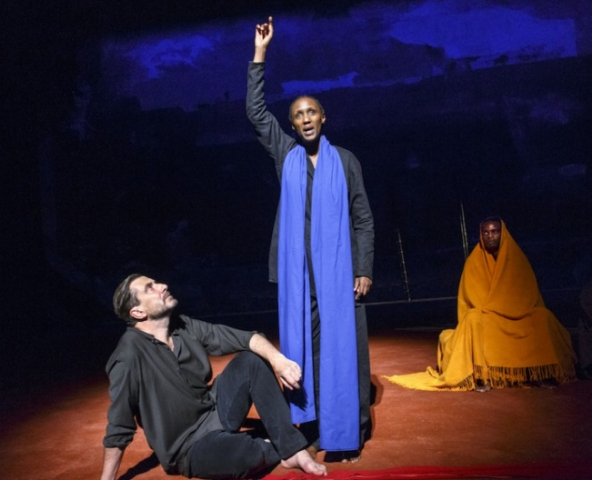 Selective bright colors like this blue drive the point of the tale home. Carole Karemera often leads. Sean O'Callghan is at one point her blind husband. 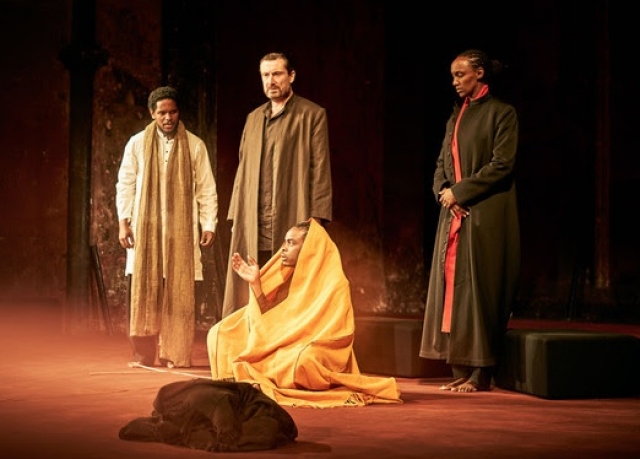 Why do we repeat the destruction of our world over and over? Ery Nzaramba, Sean O’Callaghan, Carole Karemera, Jared McNeill compel us.

Battlefield
US Premiere
C.I.C.T.-Théâtre des Bouffes du Nord
Based on the Mahabharata and the play written by Jean-Claude Carrière
Adapted and directed by Peter Brook and Marie-Hélène Estienne

Battlefield is not a condensation of the great Indian poem, Mahabharata. Instead it sums up multiple loops that fill a history that repeats itself, belying the common notion that if you don't know history you are bound to repeat it.  Here, even with knowledge, history repeats itself over the millenia.

The stage at the Harvey Theater is huge.  It feels particularly large in this production because so little clutters it.  The stark size is suggestive of the poem.  Scattered over the floor are clumps of bamboo.  Its stakes are used as canes, but one can easily imagine the piles of dead bodies that have accumulated in war.  A family war has killed brothers and cousins for generations.

Peter Brook and the original translator Jean-Claude Carrière agreed to pursue a production of this poem at 3am one night in the mid-1970s. Now he has joined forces with his frequent collaborator Marie-Hélène Estienne to create this brief suggestion of the work. Brief it may be. Yet it is also monumental. The language of this new version is spot on, floating up from dead bodies, sometimes screeching pain, always urgent and pressing on.

Three brightly colored pieces of cloth add the only brightness to the set.  Of ochre yellow, royal blue and startling red, they are first used as cloaks.  They have a surprising destination which is fanned by millenials in the rafters as the play progresses.

The language of the translation is beautiful, rich in its simple delivery with grace and passion by the four principals. A blind father is deposed after the war.  His son and his son's cousin toss ideas of power back and forth.

Intermittent accompaniment by Toshi Tsuchitori on his drum, speaking to the principals and showing them a way, is both delicate and infectious.  Where are we going, the hands beating the drum ask?

Strikingly, one character finds the other inside him.  This work, created centuries before the Bible and many times as long, already contains the ideas of genetic inheritance which would come to the fore in the 20th century.  Not only do we contain parts of the genetic code of our brothers and cousins, but in mitrochondria we are part of the human race worldwide.  Peter Brook creates a work which suggests what we share.