Ronnie Burkett and His Marionettes 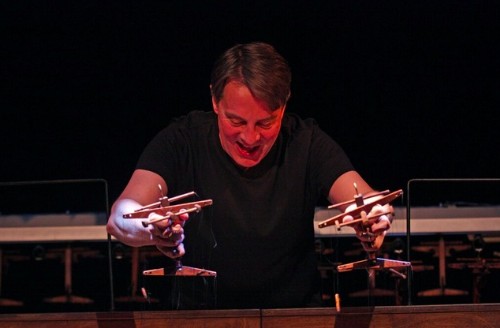 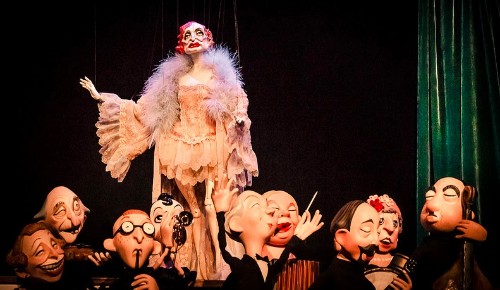 Todd ground up the orchestra from a box at the bidding of Jolie, Jolie, grand dame of Parisien nightclubs. 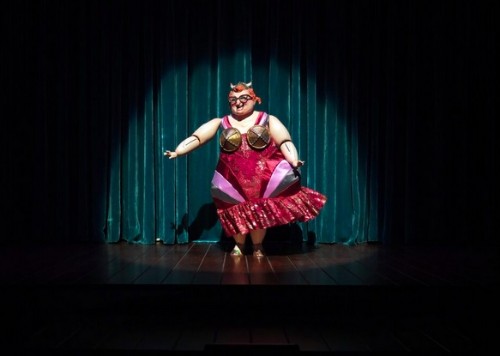 Ina Klein (e?) has an all too brief cameo. 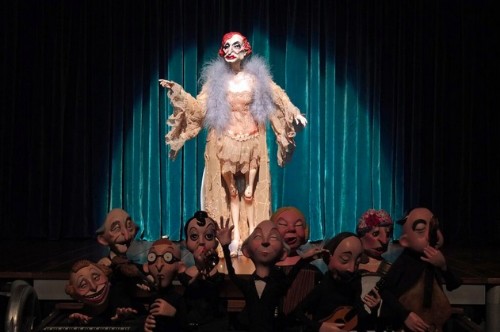 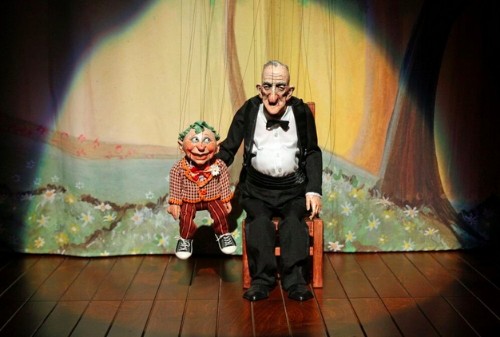 Little Wooden Linden and Meyer Lemon. The old ventriloquist sleeps as Linden tries to keep going with no eye movement, and hey, whose voice is he using? A touching tribute to Edgar and Chariie. 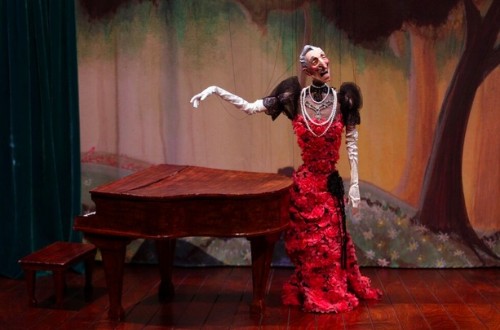 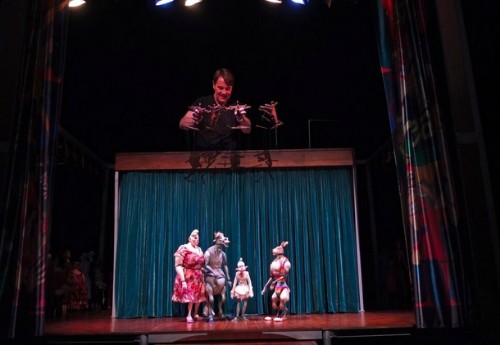 Marionetteer Burkett looms above his creations, but he is ever so much of them. 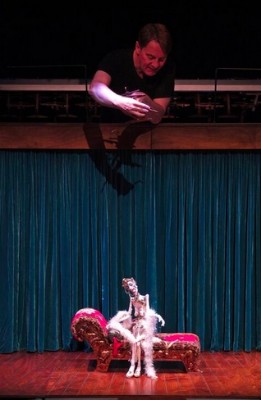 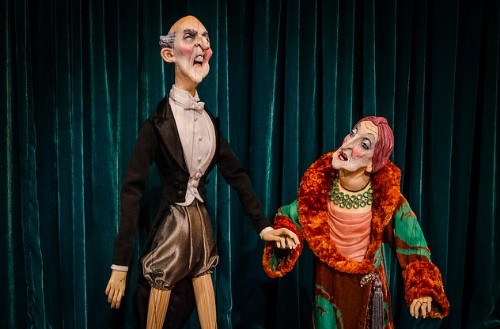 Burkett has many characters, some who don't get a chance to step out at a particular evening's performance. A good reason to go more than once. 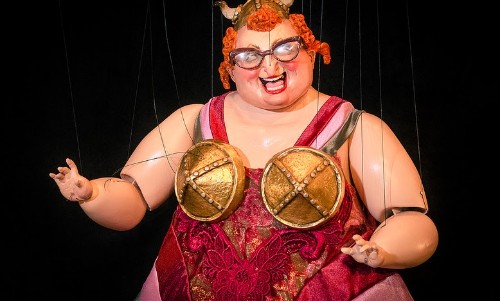 Ina Klein, a Brunhilde for the ages. 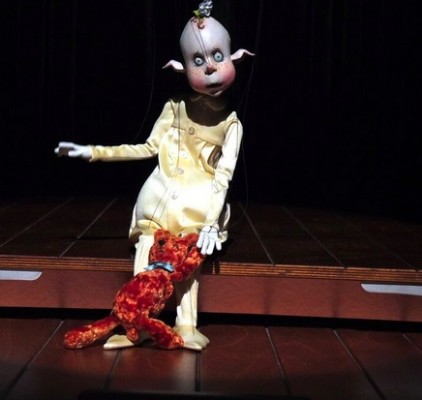 Schnitzel, looking a bit like ET, is at last able to fly, enabled by us, her audience.

Ronnie Burkettt is the impresario, the man who had made these marionettes, who manipulates them with the grace of a dancer, and the emotional precision of an actor.  He sings, plays the piano conducts an orchestra, creates stories and teachers us about the joys and pains of life with his carefully etched characters.

While Burkett focuses on the relationship between gay men and post-menopausal women, no one is left off his canvas.

The audience is of course in the dark. They don’t know what’s going to happen next, until the spotlight turns.  On this evening three volunteers were chosen to come perform on stage.

Before humanoids arrived, the marionette's impresario set the stage with his amanuensis Schnitzel, a small delicate figure who wants to fly. Hers is the trajectory of the evening. In the beginning she attempts to climb the stage wall to the marionetteer’s bridge and is slashed down by her maker.

Throughout the evening, dialogue abounds between the maker and the made, the creator and the audience, youth and age. Always there is an undercurrent of lifefulness with particular emphasis on sex.  Even as performers age, they fall over themselves to get a taste of the forbidden. The New York run is in association with the UCLA Center for the Art of Performance, and at the Motion Picture and Television Fund Country House, this show must get a rollicking reception.

We get what is probably the longest jazz song in theatre history, delivered by a general in drag.

How do actors get accepted by the Daisy Theatre in the first place? Well, a horse left a pile of manure at the stage door as a calling card. When the stage manager said, "We need someone to clear this up," the horse volunteered. He has worked at the theatre ever since. Creating his own job every time he walked into the theatre. Just like politicians, we are told.

Burkett creates celebrities whose foibles and sensitivities are a larger than life versions of ours. Do we, perhaps, let ourselves get closer to the pain of the human condition because we know these are inanimate people? And because we can laugh our way closer to them?

Improv by Burkett and his troop bring the stage to life. The only fixed pieces in the show are nine songs by the brilliant writer John Alcorn. His small and bold hand and arm movements give detailed character to the marionettes.

The first audience member to go on stage actually manipulated a marionette: an old mother who plays the piano. Her sometimes wild and irregular motions were very funny. Burkett likes to call attention to the manipulation, the distinction between real and not real, and to tell of our vulnerabilities: inanimate or animate.

The second audience member, Josh, was the eunuch for a decrepit Hollywood star.  To her delight, she discovers he is not a eunuch.

Characters say 'turn to me' at one moment, and 'turn away' at another. Boundaries are a constant subject of examination. Where can you step? Where are you banned? In the end, Burkett embraces his marionettes and his audience within the common boundary of theatre.  To get all the delicious impact of this evening, you have to see it live.