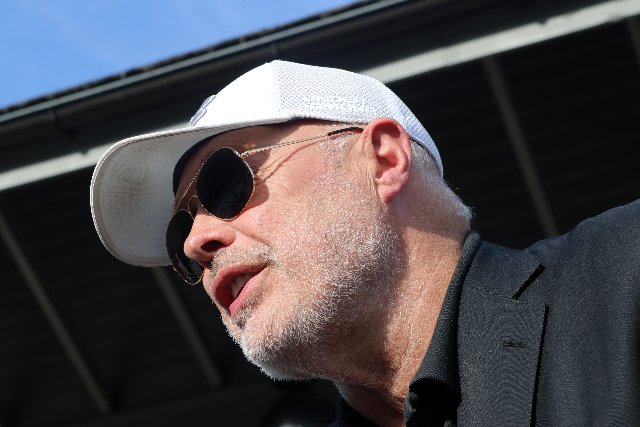 The Clark Art Institute welcomes Thomas Krens, chairman of the Extreme Model Railroad and Contemporary Architecture Museum and Director Emeritus of the Solomon R. Guggenheim Foundation, for a series of four talks focused on the importance of art and architecture in shaping the life of cities and changing societies. The talks will be held Sundays, October 21, November 18, January 20, and February 10 at 3 pm in the auditorium, located in the Clark’s Manton Research center. All lectures in the series are free and open to the public.

The lecture series highlights influential projects Krens has either led or played a major role in developing—including MASS MoCA some thirty years ago; the Guggenheim Museum Bilbao in the early 1990s; the Saadiyat Island Cultural District in Abu Dhabi (including the newly opened Louvre Abu Dhabi); the Meixi Lake Museum of Modern and Contemporary art in Changsha, Hunan Province, China; the suite of five new museums currently planned in North Adams; and the utopian “Hub for the Arts” in Saudi Arabia, a project just beginning on an island in the Red Sea.

The first arc describes the genesis and evolution of the “Global Guggenheim” concept and its aspirations to design and frame an ambitious and unprecedented vision for the role, use, and consumption of contemporary culture by weaving together the major functions of the art museum as cultural agora, center of exchange and discourse, and mediator of the gulf between local and global cultural and political perspectives.

The second narrative arc is about the evolution of Abu Dhabi, capital of the United Arab Emirates, and its transition from a pre-medieval culture as late as the 1950s into the wealthiest country in the world on a per-capita basis at the beginning of the twenty-first century. Currently, the UAE is the fourth-largest buyer of US armaments in the world and is a combatant in an active war in Yemen as an ally of Saudi Arabia.

From 2005–2010, these two improbable narratives—those of the Guggenheim and Abu Dhabi— intersected, and a common vision was poised to become reality. Krens and the Solomon R. Guggenheim Foundation were hired to develop the entire Saadiyat Island Cultural District Master Plan for Abu Dhabi, which included four major museums, a performing arts center, and seventeen exhibition pavilions

In his talk, Krens locates these events in the larger context of forces in both the cultural and geopolitical worlds and describes their continuous interaction. “The Abu Dhabi project has already transformed perceptions of the role and purpose of art museums,” he said. “At the very least, it has suggested new mechanisms for political dialogue as these institutions mature and grow over time.”

Additional lectures in the series include:

Unfinished Business: The EMRCA and the Diseases of Despair, February 10