Now 85 in Fantasticks at Pasadena Playhouse 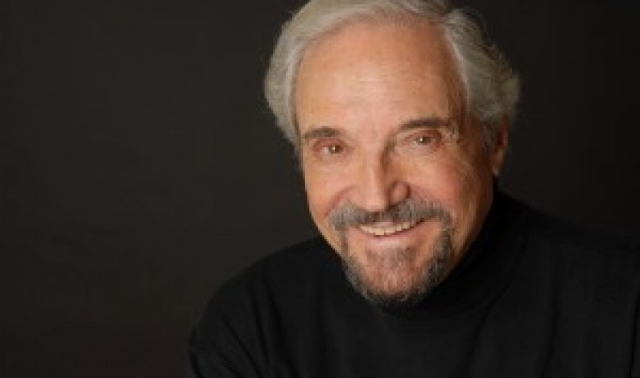 From the Broadway stage, where he won a Best Actor in a Musical Tony Award for “The Rothschilds”, to his Emmy-nominated performance as the laid back police captain in “Barney Miller”, Hal Linden has been one of the most watchable men working in entertainment for over 65 years. At age 85, the still debonair Linden is still treading the boards, most recently in a well-received version of “The Fantasticks” at the Pasadena Playhouse in which he plays an aging thespian trouper named Henry.

Linden’s first Broadway appearance was in “Bells Are Ringing” in 1956, and in between then and now a lot has changed on the theatre scene. Echoing the words of a character in Sondheim’s “Follies”, “Good times and bum times, I’ve seen ’em all and, my dear, I’m still here!” and he has many thoughts on the nature of theatre and the place it holds in popular culture and our history. I was able to chat with the affable actor recently where we looked back at his storied career.

After a 70-plus year career in music and theatre, what do you think of the new directions that Broadway is taking these days, with different themes and language in shows like “Hamilton” and “Fun Home”?

Have you seen “Hamilton”?

Yes, but I must admit I had some difficulty with the show because the language used is not the language I was brought up with in theatre. The legendary director George Abbott believed you must tell the story as simply and clearly as possible so people can get it the first time through. I definitely recommend anyone going to “Hamilton” to listen to the cast album a few times before seeing the show. It’s difficult to appreciate the language when you’re not used to it.

Sondheim said “lyrics are not poems” – poems you read over and over, discern the meaning. But lyrics have to be immediately understandable at the moment you are hearing it. It has to be perfectly clear or you lose your audience. We may be experimenting in different areas, playing with casting, but it’s still theatre, you still have to play the action and objective and the audience has to understand or you’re not communicating with them.

“Barney Miller” which aired from 1975 to 1982, really pioneered diversity casting featuring Black, Hispanic, Jewish, Asian, and female characters. Other than Norman Lear and Danny Simon shows, most sitcoms were pretty homogeneous. Why do you think it worked so well?

I think because the writing was solid, not “trendy”, and always very relatable. I recently put together a clip reel for a concert appearance I was doing, and I had to sit down and watch over 100 hours of “Barney Miller” episodes. I was amazed at how substantial they were, and that they still hold up almost forty years later.

But casting diversity is nothing new. The show I’m in now, “The Fantasticks”, was always very Pirandello-esque, with heightened emotions, never your kitchen sink reality, and that was back in the early 1960s. This production is probably the most diverse cast in its 50-year history. Yet, the key points are not lost…it’s visually shocking for the first minute or two, when you see a Black father with an Asian daughter, but the instant you become involved in their stories, that disappears. It only increases the point of the play which shows that all these things are universal and touch everybody whether they look like you or not.

Are there still parts being written out there that you can play?

There are plays about older people but they are few and far between, most of the things happen to people in their prime and that’s where the adventure occurs. But unless you write a play specifically about old people, there are going to be very few parts left and that’s the truth of it.

Is there any role you wish you’d been able to do?

As far as musicals, what parts could I play now, seriously? I’m too old for all of them – but there are classic roles I never played, like Henry Higgins in My Fair Lady, the King in The King & I, or Harold Hill in “The Music Man. These are roles I could have done, but at the time I either wasn’t available or something else, and I didn’t get the chance. I never played El Gallo, that’s a role I should have played 50 years ago. I would have loved to play that part. But I’m beyond those roles now, so there’s no point in thinking about them.

Any director you would have loved to work with?

In films, there were many directors I would love to have worked with – Scorsese, Lumet, Kazan. I made films that were nicely directed, but never one with a “great director”. I really wanted to work with really terrific film directors, that’s one part of my career I missed. But hey, it’s not over yet, right?

However, on stage I was blessed to work with many legendary directors such as Harold Clurman, Bob Fosse, Jules Dassin and George Abbott, which was a phenomenal opportunity.

Abbott was one of the great stage directors. He lived to be 107 years old.

Yes! I learned so much working with Mr. Abbott. I started working with him when he was 85 and he was still directing in his 90s. I became one of the George Abbott players, although I had to turn down some of his shows as I was doing something else; Then I got cast as Barney and I was not available. But I could have made a career working for Abbott, he was a big fan of mine, loved my work. Just look at the parts I played for him. I did one show “Three Men on a Horse” with Sam Levene. Mr. Abbott told me to pick the part I wanted to play. I picked a character who should have been played by an older character like Maxie Rosenbloom, yet I was only 38 at the time. After that, the next part I did for him was the John Raitt role in Pajama Game. Mr. Abbott would have let me play anything I wanted! He was a joy to work with.

With all your experience, first in music then in theatre, do you see yourself as a mentor?

Not really, because I was never classically trained in this business, I got into it by accident as I was a brash personality as a young man. I was a band singer, then had my own band for a while, and that’s how I slid into the business. I didn’t start studying any kind of formal technique until I was on Broadway. So a lot of what I do I learned over the years and that’s hard to codify. I don’t have discipline to sit down and write a syllabus on how to act. I help my fellow actors whenever I see something, maybe I’ll ask a question that might stir them in the proper direction of thought, but it’s not my function to do that, so I don’t do it -unless they are really friends!

What’s the best piece of advice you ever received?

The truth of the matter is, at this point I don’t recall! I’ll tell you the advice I give to those who ask: take everything in life seriously except yourself. When you start taking yourself seriously, then you’re in trouble. Learn to laugh at yourself, because we are flawed human beings who do and say stupid things. Just say hey, that’s me and go with it.

Yes! I have a great story about my late wife Frances to illustrate that point. Back in the late 1970s, I was named one of the Ten Most Watchable Men in America by a group called Manwatchers Inc. They presented me with the award that looks like a bowling trophy which greatly amused my wife. After it sat around ignored for a few weeks, Fran announced she had found the perfect permanent spot to display it – in the bathroom! From then on, we took that trophy everyplace, putting it on the commode to remind me “Don’t take yourself so seriously!”

So what’s next for you? Can we look forward to more local stage appearances?

Yes! I am in talks to do a show at the Old Globe in San Diego, a wonderful theatre. As soon as I am able to discuss it, I’ll have more details to share.

Linden also continues to do various concert appearances across the country; you can also hear his still silky voice on his debut CD It’s Never Too Late, a diverse collection of Broadway and film tunes, classic pop songs, as well as jazz standards and favorites from the American Songbook.
You still have time to catch him in “The Fantasticks” at the Pasadena Playhouse until Sunday, October 2nd. For ticket information, visit http://www.pasadenaplayhouse.org/box-office.