On Beckett at the Irish Repertory Theater through November 4 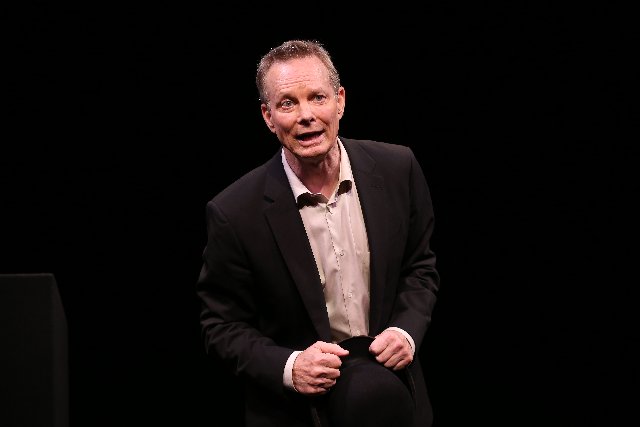 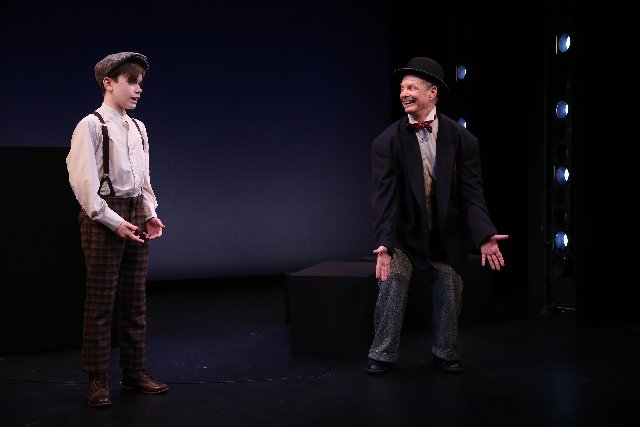 Bill Irwin, with his mastery of the physical, clownish gesture and the musical lines of language presents a moving portrait of selections from Samuel Beckett’s work at the Irish Repertory Theater through November 4.

Interspersing his own commentary with performance, we are taken in and out of the playwright’s work, as Irwin explains clowning and physical theater, an important part of Beckett, and also productions past in which he has enjoyed the company of Steve Martin and the late Robin Williams whose body sailed into a Godot scene. In Beckett you laugh through pain.

Beckett is elusive. Actors damn him and then cannot resist returning. Why is this so?

Language is Beckett's means of examination. There is a truth here. The playwright was always deeply involved in the political affairs of his time and disturbed by apartheid in South Africa, racism in Alabama, as well as the unimaginable events perpetrated by Hitler in World War II. During the War, Beckett became part of the Resistance. For the remainder of his life he was an acute observer of the world about him. The works Irwin performs were begun during Beckett’s “siege in the room,” an incredibly prolific period following the Second World War in which he produced Texts for Nothing and Waiting for Godot. Both these works are amply represented in On Beckett.

We are dislocated in a zone beyond human comprehension. The flight to re-ascend from hell and to begin again is tortured. Echoing Dante, we hear "there's a way out and the way to get out and pass out and see the beauties of the skies and see the stars again."

Irwin stammers, changes pronoun and tense, yelps and whispers to silence. These events that Beckett bore witness to are beyond language. Yet the author is compelled to express them somehow in words. Beckett is “I can’t, I will” in one breath.

As an actor who memorizes and then delivers words, Irwin finds himself in the midst of consciousness itself.  He posits that the Beckett order of words reflects the mind at work.  The picture is uncomfortable, but also true to life.

Irwin is brilliant as he performs sections of Texts for Nothing. Not for nothing does Irwin shape his words into musical lines full of arcs, pauses, gasps and gutturals. Irwin is presenting a Beckett appalled at a world in which humans can be packed into cattle cars, relieved for a moment by the prospect of a shower. Then the suffocation begins. Beckett’s language can also sound like a person gasping for oxygen, unable to breathe, drowning to death.

Scholars discuss the language as terror, and suggest that Beckett was missing in action in the sphere of the real world. Irwin’s performance suggests quite the contrary. We are vibrantly alive in this indeterminate moment, wrapping our minds and tongues around language, donning bowlers, even perhaps a pair of oversized clown shoes. Irwin finds Beckett a writer of the silhouette.  He is able to change his with costumes, altering the outline.

Irwin’s clown grows larger and larger through the show as he dons ever larger jackets and  pants, until he can actually sink into his pants and then pop up again.

The evening is delightful, sober as its pulse may be. As well as the monsters lurking in each of us, we have hats in the belfry as Irwin presents many bowlers, but he never wears the baseball cap he pulls out for a moment.

Irwin is very funny indeed and presents a captivating evening of theater. As we leave, we yearn again to return to a world whose meaning we cannot quite grasp. How could you possibly comprehend man’s inhumanity to man, the dark turns we have taken. One of the final lines of Godot, spoken by his messenger, a young boy played with charm by Finn O’Sullivan, is: “I don’t know, sir.” When Becket was beaten up by a pimp in Paris, he asked the man why he had beaten him. The reply: “I don’t know, sir.”

Not knowing is pleasureful torture in Bill Irwin’s take at the Irish Repertory Theater. We end up holding ourselves in our arms "without much tenderness, but faithfully."