On Your Feet! in Miami

National Tour of Show About the Estefans 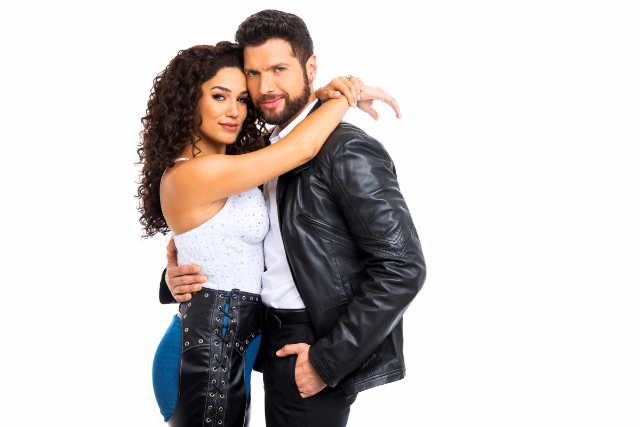 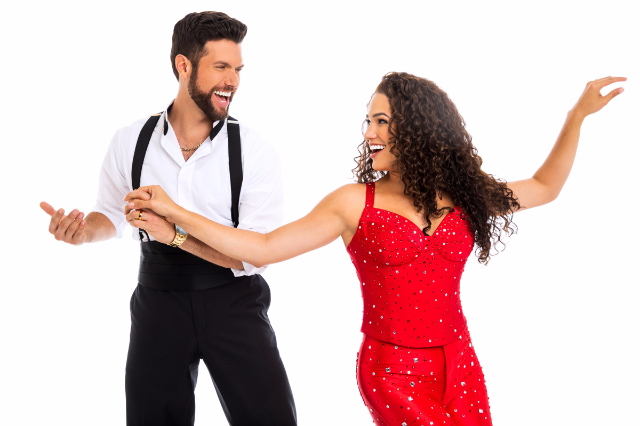 MIAMI -- Exactly two years after the bio-musical On Your Feet! The Emilio & Gloria Estefan Broadway Musical opened for previews on Broadway, the first national touring production of the electric show about the Miamians opened – where else – in Miami. And what a reception the large crowd gave the famous husband and wife musical duo, whose last name has long been synonymous with The Magic City!

Surely the vivacious reception had much to do with the fact that audiences, especially from South Florida, can relate to the couple, their escape from Cuba as well as their rags-to-riches story of indomitability and perseverance. The Estefans, like countless South Florida residents, escaped the threatened torture and worse of Fidel Castro’s communist Cuba. They experienced the American Dream and what a living dream it’s been for the recipients of the Presidential Medal of Freedom, the nation’s highest civilian honor. Former President Barack Obama honored them in November 2015.

This robust, invigorating touring production remains in Miami through Oct. 15, before heading north to a host of American cities.

The production, directed with pace and sensitivity by Jerry Mitchell and aided by David Rockwell’s simple yet telling sets that roll on and off the stage with ease, is an enthralling visual spectacle. It’s complete with gorgeous projections and an explosion of multi-colored lighting that moves quickly in circular motions. You’d think the lighting instruments were roller coasters that only the most-brave dare ride.

The movement of the lighting and the vibrant colors is appropriate for a celebration of these “sons of Cuban immigrants who just shook hands with the President of the United States,” Emilio says during one scene.

On Your Feet!, indeed, celebrates the persistence of the Estefans. But the show, which uses the couple’s pre-existing songs to help relate their rapid rise to fame, also celebrates immigrants in general. In Hamiltonian fashion, Miami audience members on opening night at the Adrienne Arsht Center for the Performing Arts of Miami-Dade County reacted to certain lines with sustained applause. During one scene, the Estefans argue with a record label executive (an arrogant Devon Goffman) about a song Gloria had written, which he refuses to publish in English.

“This is what America looks like,” a defiant Emilio (a terrific Mauricio Martinez) exclaims.

“We’ll do it on our own,” he tells the executive, garnering more supportive applause. It’s the kind of ovation you might hear at a presidential debate after the favorite candidate has shot back after the other has volleyed an insult.

This sort of reaction brings to mind the response from a crowd attending a production of the musical phenomenon Hamilton, following the line “(We’re) immigrants, we get the job done.”

Hamilton, among other things, depicts with flair the spunk and dogged drive of our nation’s founding fathers, played as scrappy people of color and immigrants.

The Estefans, especially Emilio, prove they are similarly strong-willed.

“How do you sit with with balls that size?” someone asks him.

But this isn’t just the story of a couple’s boldness and bravery. We’re witness to their loving, supportive demeanor toward each other, their verbal disagreements (the musical portrays them as flesh and blood humans, not saints) and the helpful nature and camaraderie of the South Florida Cuban community. The theme of longing for what you’ve left behind is also prominent in Alexander Dinelaris’ solid bookfor the musical. As happy as the Estefans were to escape Cuba and come to America, at least one song describes a wistful sense of what they left behind.

Dinelaris’ book never sounds like a tell-all, chronological “and then they wrote…” type of jukebox musical. It technically falls into that genre; the show uses previously released popular songs to tell the Estefans’ true tale. But the songs are arranged so that thematically fhey fit into the context of the narrative.

The musical numbers range from the contemplative and tender to electric. The cast endows their singing with expression and are accompanied by a strong live orchestra.

Audiences will recognize such iconic songs as “Rhythym is Gonna Get You,” “Get On Your Feet,” “Don’t Want to Lose You Now,” “1-2-3,” “Coming out of the Dark” and the contagiously kinetic “Conga.” The effect of the latter number is like a splash of cold, energizing water on the face.

“Conga” comes at the conclusion of the first act. A youngster who portrays several parts (the opening night crowd saw the vibrant Kevin Tellez) emerges from a chorus, takes center stage and showcases his fast, furious, fancy footwork, wowing many with his lively dancing. He leads a dancing line of performers off the stage and into the lobby to mark intermission. It’s part of Sergio Trujillo’s vibrant, creative choreography, executed with verve by the cast.

Little Gloria (a tender-voiced Amaris Sanchez on opening night) sensitively sings a song in Spanish, during which she expresses her feelings to her father, who is stationed in Vietnam.

You may not be able understand the lyrics, but it’s clear from Sanchez’ vocal expression that her character harbors loving feelings for her dad.

The cast conveys love and concern perhaps nowhere better than in a scene after which Gloria’s spine is severely injured during a bus accident and their young son, Nayib (Tellez on opening night) hurts his arm. A frantic Gloria’s mother rushes to her daughter’s bedside. It’s obvious, as sensitively played by Nancy Ticotin, that the older woman’s ill feelings toward her daughter’s relationship with Emilio and her constant touring with him vanish on the spot. Emilio kneels by the bed in agony. Tension grips the air as all await the results of an operation that could leave Gloria paralyzed for life.

One can view as a metaphor the popular singer’s miraculous comeback and determination in the wake of her doctors’ grim prognosis. Gloria and other Cuban exiles faced seemingly insurmountable odds of successfully escaping the island and arriving alive to the U.S.

After perilous journeys that might have left them weak, exhausted or ill, they had to “get back on their feet.” So, too, did Gloria have to rely, in part, on sheer determination to get back on her feet and return to performing following her major injury and operation.

The libretto, while not perfect, amounts to theater of recognition and relatability. We can probably recognize a relative, friend or acquaintance in Gloria’s mother (a strong-willed, sensitive, stubborn Ticotin), Gloria’s grandmother (an upbeat, compassionate, comforting Alma Cuervo) and, of course, the Estefans. Gloria’s played by Christie Prades, who understudied the role on Broadway. She invests the character with a winning charisma, vulnerability and strong will. She also is blessed with a sweet but strong singing voice. Prades enjoys wonderful chemistry with Martinez, who, for a period, played Emilio on Broadway. He endows the man with a strong resolve and pride, neither of which will allow some record executive to push him around. Equally important, Martinez’ Emilio conveys a tender love toward Prades’ Gloria.

As far as the weaknesses go, one might wish to gain a deeper insight into the Estefans’ love of and relationship with music.

What was it about music that made them love it so much? How did it make them feel?

All in all, On Your Feet!  is an honest depiction of many emotions. The tale is filled with humor, hope, heart, resilience, pathos and a sense of heritage. It vividly depicts the close-knit nature of Cuban exiles.

But you don’t have to be Cuban or even Hispanic to find relevance in this uplifting, encouraging show.

On Your Feet! continues through Oct. 15 at Miami’s Adrienne Arsht Center for the Performing Arts of Miami-Dade County

before heading north. For a complete schedule, a list of venues and  prices, visit https://onyourfeetmusical.com/tour.