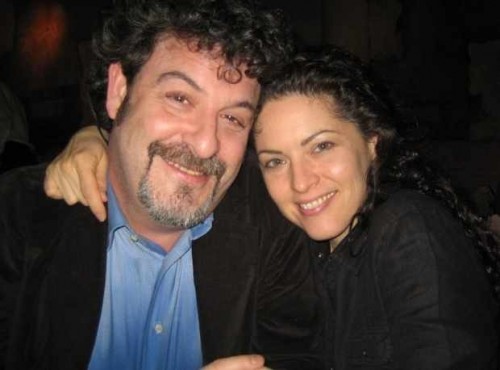 Picker with Kirstin Chavez, a superb mezzo soprano who sang two arias from his operas. 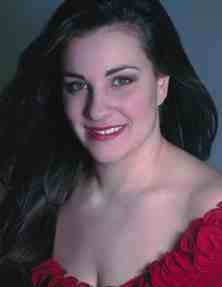 Joyce El-Khoury, an up and coming soprano. 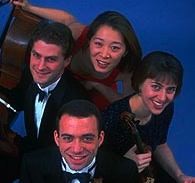 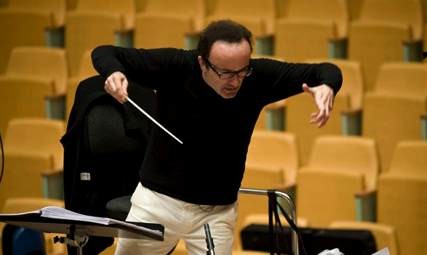 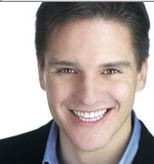 Gordon Gietz sang the ghost aria from Therese Raquin. A tenor you will do anything, he sang the title role in The Nose at the Met.

Tobias Picker's musical portrait was presented at Columbia's Miller Theater. The span of Picker's career was represented by ensemble pieces and arias from his well-known operas. The highlight of the evening was a premier of his piano quintet, Live Oaks.

This summer Picker was featured in Tanglewood's Festival of Contemporary Music. His early chamber music was represented by Sextet No.2, written while Picker was strongly influenced by Charles Wuorinen. This evening began with Rhapsody, composed at about the same time.  Performed with spirit by David Fulmer and Steven Beck, an edgy conversation between violin and piano intrigues.  Astringent harmonies, punctuating gestures and driven, changing tonalities create a striking impression.

If the 12-tone model does not continue to be deployed in the composer's work, the sense that instruments and singers are ships passing in the night without contact does. No doubt, however, that a relationship exists, as plucks and pings go back and forth, and lines soar in parallel play. Hints of the romanticism and vernacular language the composer will later use are tucked in throughout the piece.  Pedal points are tied to the lyric themes.

Miss Hedgehog's aria was sung by Kristin Chavez, whose voice has a rich, unusual hue. She was accompanied by Frederic Chaslin, who both performed and accompanied throughout the evening. He is a musician of consummate sensitivity and skill. Accompaniest does not begin to describe his piano support of a singer or his insight into the music.

A ghost of drowned Camille, telling his mother about his murder, was evoked with other earthy (or perhaps other waterly) passion by tenor Gordon Gietz. The music is appropriately ugly when Camille's murderers, his wife and best friend, are mentioned. Racked with guilt, they see Camille everywhere, even in the cat Francois who is crushed against the wall of a house.  In its simultaneous beauty, the aria suggests Camille's revenge is near at hand.

Keys to the City is an intricate chamber piece which absorbs American vernacular, including an amusing boogie woogie passage. Romantic conventions, which would later become important in Picker's operas, abound here. The Brentano String Quartet performed a difficult piece splendidly as Chaslin conducted.

During an interlude mid-program, pianist Urula Oppens, who frequently performs Picker's work, discussed music with the composer. Picker says that piano compositions led him "to a place within him that gave him the strength to share raw emotion through music," and enabled him to write opera. Picker hinted that the dark subjects he has chosen for his operas, drowning most prominent, were not his only mode. Anyway, if people have to die in operatic stories, Picker tries to avoid blood or the noisy shrieks of battle.  Throughout his music, you hear the impish, playful moments that beamed out generously during the interview. Picker spoke also about his early accompaniment of Martha Graham dancers. He did not mention that choreographers, like the Buglisi Dance Theater, often choose his music to set dance.

The Diving Aria was performed by Kirstin Chavez, a lush picture of a world filled with beauty and hope.  Water again is suggested by the music, a Picker theme as both good and bad (as in drowning).  Nothing seems beyond Chavez, who portrayed a brilliant Carmen at Central City, Colorado last summer.

Joyce El-Khoury sang a rapturous aria from Emmeline, Picker's first opera. She sang this year in the traditional Tanglewood finale, Beethoven's Ninth. We noted last winter that El-Khoury's great charm and a lustrous voice in the Bartered Bride.  In the Picker aria, she added pathos and a touching fragility to her many colors. Her voice was both lush and intricate, as she ended on a note spinning seemingly forever, like the spinning wheels of the Lowell factory in which Emmeline worked.

Live Oaks is Picker's most recent quintet.  Composed with the seldom used quintet for piano and strings, it confronts the 19th century indirectly. Picker notes that Schubert's Trout for strings and piano is often performed, but Schubert, like seven other prominent composers, were flummuxed after one try.  Luigi Boccherini dared to write twelve (Opi 407-418, fyi), but we don't hear them often. More sensible composers, Picker winks, don't tackle this form at all. Rothenberg's piano served many purposes, from a jazz background to syncopated dance.  The considerable ease and wit Picker displayed in discussion are also clear in this music, which here is full of intricacies and marvelous lyricism.

Perhaps because his music is easy on the ear, Picker has been called conservative.  This is not the adjective to describe an ineffable blend of Gershwin, vernacular American tunes, wild diatonics and beautiful romantic swells. The better adjectives are moving, delightful, even Pickeresque.