The Soprano from Abkhazia 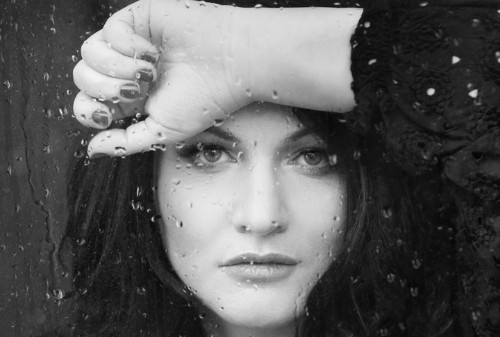 Hibla Gerzmava, a world class soprano, comes from the tiny country of Abkhazia, tucked into the coast of the Black Sea above Georgia.  Although the United Nations, joined by most of the countries of the world, does not consider the country independent from Georgia, Russia does. Gerzmava sang at the conclusion of the Olympics and has received awards from President Putin.

Yet, when she speaks about her connection of music, she talks about Italy, just across the Black Sea (Aegean, Adriatic, Mediterranean). So it was not surprising that her selection of romantic Russian songs by Tchaikovsky and Rachmaninoff had an appropriately Italianate tinge.

Gerzmava is a polymath of music and enjoys bel canto, verissmo, Mozart, French opera and Russian. Closest to her heart is bel canto. She feels that bel canto style is the right spirit for all modern singing: beautiful, elegant, and easy.

How does she make the challenges of not only the Russian composers, but Verdi and Bellini sound easy? Probably the way most artists get to Carnegie Hall: practice, practice, practice. Yet this hard work does not show as a challenge.  Accompanied by the superb Ekaterina Ganelina, all the turns and subtleties of the music dazzled.

The music flows from Gerzmava. Her voice is rising on the breath. She shapes her phrases without any artifice and, while she makes no seeming effort to control those arms and hands singers so want to use to support their runs and trills.  Instead she artfully takes a feeling or phrase inside by drawing her hands toward her heart, or she spreads her arms out in a welcoming embrace.

She names Callas as one of her heroes, along with Fleming, Norman and Caballe. Speaking about Callas as though she were living is a clue to Gerzmava’s gifts, because her delivery is very alive. Gerzmava moves with a simple grace, and all the drama is in the voice.

Dressed simply in a long sleeved jersey top and a short jacket attached to a pleated subtle plaid skirt in the first half of the program, she looked like a peasant girl, even as she sounded like the queen of her art.  In a long, cream yellow dress with attached cape for the second part of the evening, she looked every bit the glamorous diva.

When she sang Tchaikovsky’s crazy Cuckoo song, she rolled her eyes, and experimented with bird song as she challenges the reputation of the nightingale, the lark and the thrush.

Gerzmava can be as innocent as a virgin when she sings Tchaikovsky’s Angel, inspired by a Massenet duet between Christ and Mary Magdalene.

She is at the Metropolitan Opera this season singing Liù in Turandot. When she has sung this role in the past, she brought the house down with her fierce yet warm rendition of the torture scene in Act III, in which she struggles between personal desire and her sense of duty.

We got a taste of her Desdemona at Carnegie. Singing the Willow Song and the Ave Maria from the final act of Otello, Gerzmava was ineffably beautiful, moving and even transfixing. She is an artist to be welcomed and celebrated. As Isaac Stern said about Carnegie, it is a hall which celebrates musicians. Gerzmava has never sounded so good, and that is saying a lot.