The Humans In Suburban Miami 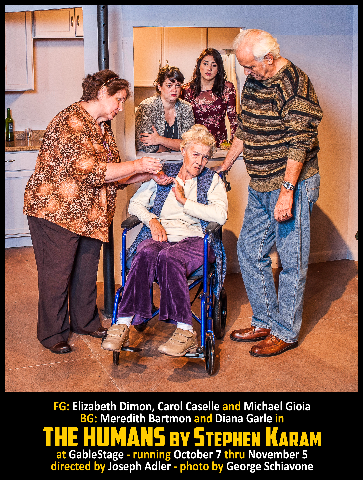 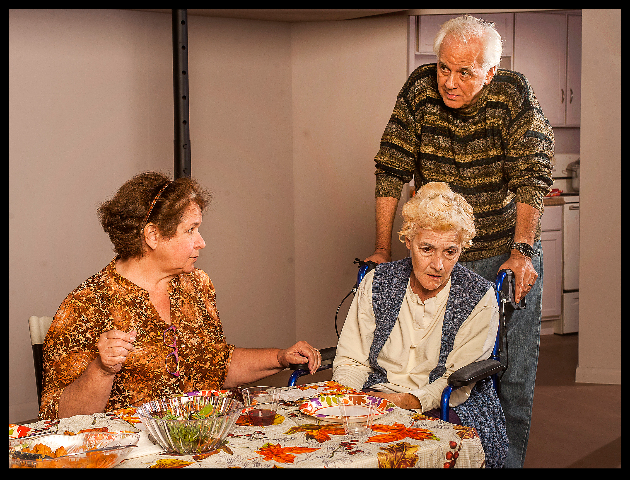 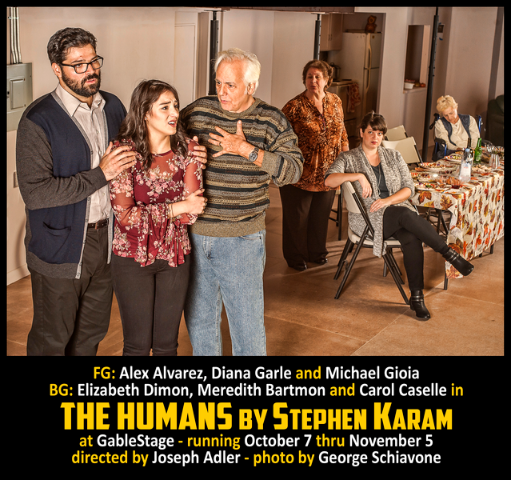 Creepy, foreboding music leaves a chill in the air at the beginning of GableStage’s practically flawless southeastern premiere production of The Humans, about a middle-class family gathered for Thanksgiving.

Such music that produces slight shivering is usually reserved for films by the likes of Stephen King or directed by M. Night Shyamalan.

But the music that leads into GableStage’s production is a perfect match for The Humans -- Stephen Karam’s Tony Award-winning play, a Pulitzer Prize finalist -- and one of the most praised plays in recent times. The Humans is as absorbing as Tracy Letts' Pulitzer Prize-winning August: Osage County, even if the former is meatier.

Scary music or thoughts probably swirl in The Humans' characters, ordinary people with a severe case of nerves. It’s a type of anxiety familiar to many living in today’s angst-ridden, unpredictable world in which, to some, leaving the house is too frightening. Curling up under the covers might seem more tempting than the moist turkey that one character in the play praises.

Of course, hiding under the covers does one no good if he or she falls asleep and experiences nightmares like those of Erik Blake.

He is the patriarch of the Blake family, living in modern day Pennsylvania and New York. For Thanksgiving, Erik and his wife Deirdre, have decided to spend the holiday at daughter Brigid's home in New York’s Chinatown.

They’ve driven in from Scranton, Pa. Other guests include their other daughter, Aimee and “Momo” (played as a heartbreakingly confused, tired, elderly woman by Carol Caselle. "Momo’s" vulgar outbursts toward the end is as sad as it’s scary).

“Momo,” whose real name is Fiona, is Erik’s mother. She is stricken with dementia.

In his script, Karam writes that “there are six basic fears, with some combination of which every human suffers at one point or another…”

The fears: poverty, criticism, ill health, the loss of love of someone, old age and death. They are worries we all, at one point or another, must confront; it’s part and parcel of being alive. That is one of the reasons we can identify so strongly with the play and its characters, all of whom we likely recognize from someone in our lives. Each character experiences one or more of these worries.

Common anxieties many of us experience have been exacerbated by tragedies such as the recent massacre in Las Vegas – the worst mass shooting in U.S. history.

With such shootings and terror happening regularly, it’s no wonder that our sympathies lie fully with Erik when he’s visibly startled by a loud bang coming from above him in Brigid’s apartment. The play features several unsettling noises and even a ghost-like appearance in Brigid's turn-of-the-century, ground floor/basement duplex tenement apartment. She shares it with boyfriend Richard (an enthusiastic Alex Alvarez).

The home is rendered impressively by set designer Lyle Baskin, who has managed to fit a large, sturdy two-level structure with detail on GableStage’s small playing space. Somehow the spiraling staircase reinforces the creepiness of the piece. The characters, in essence, are spiraling out of control or worse.

The set is painted in a whitish color, a hue often associated with death. These characters sometimes speak in a manner more suitable to pre-planning a funeral in a mortuary than celebrating at a Thanksgiving dinner table.

Brigid: …If anything were to ever happen to me, like an accident or whatever – and it won’t, but: I’d  want to be cremated.”

Morbid and uncomfortable talk in The Humans is leavened with plenty of laughs. Karam packs a lot into his play, yet it's a taut, focused, well-written, compassionate work lasting 90 minutes. There is no intermission. It's dreary and disturbing, yet so engrossing, entertaining and humorous, you don't want it to end. Some of the one-liners might remind you of Neil Simon's writing, as will the play's pathos.

The playwright deftly captures the highs and lows of a family get-together, from people talking over each other to moments of heated argument to levity and fun, as well as quietude. For all the disagreements and fears these characters experience, Karam reminds us that family support is a must in difficult times.

This play succeeds so well, in large part, because of the wide variety of emotions it conjures. One moment, you’re laughing uncomfortably and uncontrollably and the next you’re recoiling in shock or horror. One second later, you’re wiping tears from your eyes at the sight and sound of a deteriorating "Momo." She seems to have reached the point where she’s not living so much as existing. She incoherently mumbles nonsense and repeats phrases such as “You can never go back, you can never go back!”

Comedy combines with horror and pathos impressively and seamlessly in The Humans. As a result, the play never feels depressing, or like another formulaic play from the dysfunctional/eccentric family dinner table genre.

Brigid (a charming, free-spirited Diana Garle) is mired in student debt from college. She works two bartending jobs to pay the bills while she looks for opportunities to start a career composing music.

It doesn’t help that people, including a professor she admired, haven’t exactly encouraged her. This leaves her almost depressed at the Thanksgiving gathering. Garle imbues Brigid with a zest for life, so it’s easy to feel for her. The actress never falls into the trap of resorting to self-pity.

Neither does Aimee, a lawyer who’s just been informed she will lose her job. A couple of young, less experienced men had just been hired and are making a lot more than she is. The resonance to today is clear, as women still lag behind men in pay.

Aimee (a vulnerable, insecure Meredith Bartmon with a defeated, melancholy countenance), also has a serious disease, faces major surgery and her lover has left her. Director Joseph Adler wisely has her picking at her food with a fork -- she's in no mood for a Thanksgiving meal.  It would be easy for Bartmon to make Aimee wallow in self-pity and extreme depression. To her credit, the talented performer also endows her with a fighting, upbeat spirit at times, making the character easier to pull for.

These characters aren’t one-dimensional. With the aid of  Adler’s detail-oriented, sensitive direction, the entire cast finds multiple shadings in their roles.

The humans who populate Karam’s world also include Deirdre Blake, mother to Aimee and Brigid, husband of Erik and long- time office worker. She has a stern, devout, opinionated aura about her. A wide-eyed, sometimes severe-faced Elizabeth Dimon deftly captures these qualities. But Dimon also finds the fun-loving, well-meaning, compassionate, emotional side of the character. There’s a sense that she’s emotionally drained -- a quality Dimon also captures in a well-rounded, thoroughly convincing performance that never feels forced or overdone.

Deirdre and Erik have a “common man (and woman)” quality that calls to mind some of Arthur Miller’s characters. This is especially true with Erik; he berates Brigid for different reasons, calling to mind the tense father-son relationships in Miller’s plays. A wide-eyed, wary, irritable Michael Gioia conveys a sense that Erik is uncomfortable and hiding something. During certain scenes, he stands apart from the rest and acts wary from the start. His eyes dart from one place to the next just as he’s entered Brigid’s apartment. Gioia, however, ensures that we care about Erik. By showing a compassionate side to the man, Erik never comes across as a complete jerk.

Still, it’s obvious this flawed man is nervous. He uncomfortably observes, for instance, that the Detroit Lions are winning in an obviously strained attempt at making conversation.

It’s not long before the conversations take a strange turn. Talk of tunnels and dark dreams culminate with a scene about as chaotic as you’ll witness in the theater, leaving the stage a pitch black.