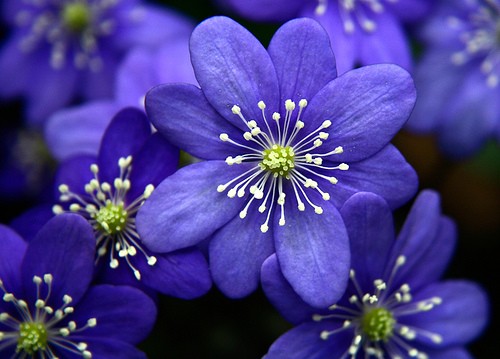 The musical The Blue Flower opens at ART on December 1.

TICKETS: Begin at $25. Student rush $15.
Seniors $10 off regular ticket price.
Group Rates available.
Single tickets go on sale to A.R.T. Members on October 19 and to the general public on November 2.  Tickets can be purchased on line at http://www.AmericanRepertoryTheater.org by phone at 617-547-8300, or in person at the A.R.T. Box Office, 64 Brattle Street, Cambridge, MA 02138.  For more information on Memberships go to http://www.americanrepertorytheater.org/membership

"The Blue Flower is the most creative and original piece of musical theater that I have ever encountered in my life. The story is beautiful, relevant, and compelling for our times. The music is amazingly accessible. The combination of Kurt Weill and Country Western, which sounds as if it shouldn’t go together at all, and yet does brilliantly, is just one of the greatest sounds that I’ve ever heard.  It creates a completely personal musical world and yet is enormously evocative and universal. I love it." — Stephen Schwartz, composer and lyricist of Wicked, Pippin, and Godspell.

The Blue Flower rides the twisted rails of history and the tangled love interests of three artists and a scientist, from Paris during the Belle Epoque, through the battlefields of the Great War and beyond. The title of the piece is a reference to the symbol used by German romantic poets of the 18th and 19th centuries to signify the ongoing search for artistic perfection.  Over time, it evolved into an emblem of hope and was adopted by other artists as a symbol for the simultaneous end and the beginning of all things, for reinvention and reincarnation.

Set in Germany at the end of World War I and the beginning of the Weimar Republic, The Blue Flower is inspired by the lives of historical figures Max Beckmann, Franz Marc, Hannah Höch, and Marie Curie.  Influenced by the art movements — particularly Dada and Surrealism — and the political tenor of the day, Max, Hannah, Maria, and Franz try to make sense of the world in which they struggle to create, relate, and survive.  Their story is told through a narrative song cycle performed by seven singer/actors that blends the jagged contours of 1920's Berlin cabaret music with the lyricism of American country and western, accompanied by an 8-piece band onstage (bassoon, pedal steel guitar, cello, accordion, piano, guitar/ drums/percussion). Projections and silent film reels punctuate the narrative, moving the story forward and enveloping the audience in an environment that invokes the Dada cathedral of Weimar Germany, the Cabaret Voltaire.

ABOUT THE CREATIVE TEAM

JIM BAUER (writer/composer/lyricist) started piano lessons at age 6, taught himself guitar as a teenager, and earned a bachelors degree in music composition and theory at Haverford College. He has since spent a good deal of time composing and producing music scores for film and television while performing as singer/songwriter/guitarist/keyboardist in a variety of bands he periodically assembles. With DAGMAR, his current project with singing partner Meghan McGeary, he performs in the New York City subways under the Music Under New York (MUNY) banner and on the streets of Boston and Cambridge. DAGMAR’s third CD, “Door No. 3”, completed a trilogy of albums that tell the fractured story of a guy who can’t get out of bed in the morning and an insect goddess who plunges through the ether to rescue him.  He has received numerous songwriting and performance awards, including the Jonathan Larson Performing Arts Foundation Award in 2004 with his wife Ruth Bauer for their work on The Blue Flower.

RUTH BAUER (artist/writer/videographer) is a graduate of the Rhode Island School of Design. Her oil paintings, watercolors, collages and monotypes have been shown in group exhibits in museums including The Boston Museum of Fine Arts, The Hudson River Museum, The Tucson Museum of Art, The DeCordova Museum, The Brockton Museum, and the Rose Art Museum, and in solo exhibitions in galleries across the United States.  Her work is included in notable private and public collections, and has been reviewed in a number of articles in art journals and newspapers, including ArtNews and The Boston Globe. As an illustrator she has created book jacket covers for Houghton-Mifflin, Viking, Harvard University Press and Orchard Books. She is a faculty member and Chair of the Arts Department at Shore Country Day School in Beverly, MA and is a 2004 recipient of a Jonathan Larson Performing Arts Foundation Award.   She is currently writing and illustrating a fictional journal of an amateur woman naturalist from the nineteenth century who has traveled to the mythical isle of Kokovoko (the home of the charismatic cannibal Queequeg in Herman Melville’s Moby Dick) and is documenting the flora and fauna there.

WILL POMERANTZ has directed and developed new plays, music theatre and opera with such theatres as Playwrights Horizons, The Public Theatre, Hartford Stage, New York Theater Workshop, Ensemble Studio Theater, Soho Rep, Culture Project, The Signature Theatre, The Williamstown Theatre Festival, The Studio Theatre, Bard Summerscape, and The Guthrie.  He has directed world premieres by John Guare, David Auburn, Neil LaBute, Craig Lucas, Kia Corthron, David Lindsay-Abaire, Stephen Belber, Noah Haidle, and Linda Cho.  His production of The Shape of Things was voted Outstanding Production of the Year in Washington, DC by Metro Weekly and received a Helen Hayes Award for outstanding performance, as well as being cited as among the year’s best by The Washington Post and The Washington Times.  His production Dai (starring Iris Bahr) received a Drama Desk nomination for Best Solo Performance 2006-2007 and won the Lucille Lortel Award for Best Solo Performance.  He received an OOBR Award for Outstanding Production (for A Tale of Two Cities) and his work has been a Critic’s Pick in Time Out NY and The Village Voice. Pomerantz is Associate Director for Artistic Development for Epic Theatre Ensemble, where he directed the New York premiere of Howard Barker’s A Hard Heart (starring Kathleen Chalfant), and Mahida’s Extra Key to Heaven.  Pomerantz is the first American director ever invited to direct for the National Theatre of Poland, where his production of Cinders, by Janusz Glowacki, was performed as part of the repertory for four years. In addition, he has been the Boris Sagal Fellow in Directing for Williamstown Theatre Festival, Staff Repertory Director for The Acting Company, Director-In-Residence for Culture Project, and is an alumnus of the Directors Lab at Lincoln Center, a Usual Suspect at New York Theatre Workshop, and a member of Ensemble Studio Theater.

ABOUT THE PRINCIPAL CAST MEMBERS

DANIEL JENKINS’ (Max) Broadway credits include George Banks in Mary Poppins, Clifford Pike in Wrong Mountain, Prior Walter in Angels in America, Huck Finn in Big River (Tony and Drama Desk nominations) and Josh in Big (Drama Desk nomination). He co-wrote and performed Love Child for Primary Stages and New World Stages, and appeared in Bye Bye Birdie (Albert) and The Pajama Game (Prez) at Encores!; Spinning Into Butter at Lincoln Center; Dream True, The Maiden’s Prayer, and  Feast Here Tonight (composer/performer) at the Vineyard Theatre; and Triumph of Love at Classic Stage Company among others.  His regional credits include The Education of Randy Newman at ACT; Dr. Jekyll and Mr. Hyde at Hangar Theater;  Fortinbras and Twelfth Night at La Jolla Playhouse;  Citizen Tom Paine at Philadelphia Theatre Company/Kennedy Center; and The Grapes of Wrath, A Christmas Carol, Rites of Passage, Little People (playwright), Fast Women, Julius Caesar, Coup/Clucks, Nice People Dancing to Good Country Music, and Neutral Countries  at Actors Theatre of Louisville.  He appeared in several films, including Robert Altman’s OC and Stiggs (O.C.), Glory, The Cradle Will Rock, The Caine Mutiny Court Martial; as well as a guest star on several television series.

MEGHAN MCGEARY (Hannah) created the role in 2001 and has participated in the further development of The Blue Flower since its inception.  She formed a band in 2005 with Jim Bauer called DAGMAR which has evolved into a meta-folk duo currently performing in multiple venues under the Music Under New York (MUNY) banner, and also performs solo as Amity Rose playing vintage standards on ukeleles.  Her credits also include The Rockae (Agave), Prospect Theater, Co; the workshop of Land of Dreams (w/Tom Nelis, by Charles Moulton, music from Randy Newman), In Search of Stanley Hammer (Mrs. Hammer), New York International Fringe Festival; Aspects of Love (Giulietta Trapani, 2006 Barrymore Award nomination for Outstanding Supporting Actress in a Musical) and Titanic (Alice Beane) at Media Theater.

TOM NELIS (Fairytale Man/Movement Director) was last seen at the A.R.T. in the SITI Company production of Bobrauschenbergamerica. His Broadway credits include Enron, The Caine Mutiny Court Martial, and Aida; off-Broadway he was seen in Orlando at Classic Stage Company; Road Show, Richard III, Henry IV, the title role in Henry VI, The Merchant of Venice, and  ‘Tis Pity She’s A Whore at The Public Theater; Iphigenia 2.0 and Hot ‘N’ Throbbing, at Signature Theater; The Merchant of Venice at Theater for a New Audience and the Royal Shakespeare Company;  Laurie Anderson's Songs and Stories from Moby Dick at BAM;  Lilith at New York City Opera;  Oscar Wilde in Gross Indecencies at Mineta Lane;  and multiple productions at En Garde Arts, Ontological Hysterical Theater, and Manhattan Theater Club; several productions at En Garde Arts and Ontological Hysterical Theater.  He is a founding member of SITI Company and is celebrating 18 years of work under the direction of Anne Bogart, and the winner of several awards.

BRYCE RYNESS (Franz) originated the role of Woof in the revival of HAIR at the Delacorte Theatre (Drama Desk nomination) and performed on Broadway under the direction of Diane Paulus. His other credits include Legally Blonde (Aaron) and Off-Broadway See Rock City & Other Destinations at the Duke Theatre, and Crossing Brooklyn with the Transport Group. Regional credits include Floyd Collins (title role, Ovation nomination) in Los Angeles and the national tour of Rent (Roger). Mr. Ryness is also a songwriter and has released two albums.

TEAL WICKS (Maria) played Elphaba in Wicked in the San Francisco and Los Angeles productions, and Catherine in the national tour of Pippin.  Her New York credits include Stairway to Paradise at New York City Center Encores!, Fahrenheit 451 at 59E59, The $trip at Nerve Ensemble. Regionally she was seen in 1776 and Pippin with Goodspeed Musicals, and Turandot Rumble for the Ring at Bay Street Theatre.  She is a graduate of the University of California Irvine, Claire Trevor School of the Arts.


CALENDAR AND RELATED EVENTS AT A GLANCE

WHAT:  THE BLUE FLOWER