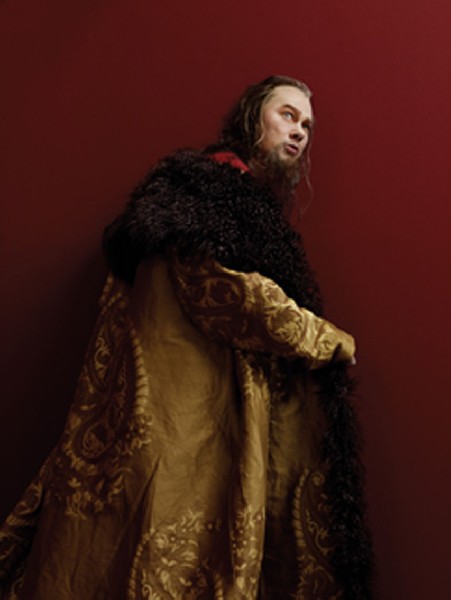 Boris Godunov will be broadcast Live from the Met in HD on October 23.

Modest Mussorgsky’s Boris Godunov comes to the Sterling and Francine Clark Art Institute on Saturday, October 23 at 12:00 pm, live from the Metropolitan Opera as part of the Peabody- and Emmy Award-winning series The Met: Live in HD. Stephen Wadsworth directs this new production of the epic spectacle that captures the suffering and ambition of a nation. Tickets are on sale now for $25 ($18 for students). For tickets, call 413 458 0MET (458 0638) or visit clarkart.edu

In Mussorgsky’s Russian epic, a tsar is haunted by guilt and self-doubt after murdering the child heir to the throne. When a young monk named Grigory claims to be the dead child and raises an army against Boris, a bloody insurrection follows, leading Boris to a tragic end. “There are two protagonists in Boris—the title character and the people he rules,” Wadsworth says. “Through Boris we see the private mind of a flawed leader, and through the chorus we see the volatility of a people skeptical about their leaders. Boris seems to me a good person who made a terrible mistake and ultimately cannot live with it. He yearns for his lost innocence.” The great German bass René Pape leads the cast in the opera’s title role; featured performers include Ekaterina Semenchuk as Marina, Aleksandrs Antonenko as Dimitri, Oleg Balashov as Shuisky, Evgeny Nikitin as Rangoni, Mikhail Petrenko as Pimen, and Vladimir Ognovenko as Varlaam.

Directed by Stephen Wadsworth and conducted by Valery Gergiev, Boris Godunov premiered at the Met on October 11 to rave reviews. The New York Times said, “This production comes to life through the nuanced and affecting performances of the cast and chorus. This is Mr. Wadsworth’s doing, abetted, of course, by the vivid, gravely beautiful performance elicited by Mr. Gergiev.” As Boris, the celebrated German bass René Pape riveted audiences “with his towering physique and unforced charisma…Mr. Pape has vocal charisma as well, and his dark, penetrating voice is ideal for the role.”