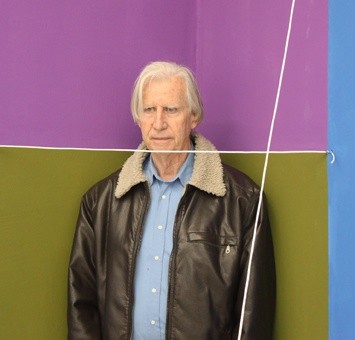 The Sterling and Francine Clark Art Institute will honor artist, writer, and critic Brian O’Doherty with the 2012 Clark Prize for Excellence in Arts Writing by recognizing his continuing contributions to the visual arts. Established in 2006, the Clark Prize recognizes insightful and accessible prose that advances a genuine understanding and appreciation of the visual arts.

“The Clark Prize is a natural extension of the value the Institute places on promoting scholarship while encouraging public appreciation of art,” said Michael Conforti, director of the Clark. “Brian O’Doherty’s work stimulates understanding of art and museum installations in a way that is grounded in scholarship and critical understanding, yet appealing to broad audiences. His selection as winner of the Clark Prize recognizes the high standards and originality of his work and the accessibility of his prose.”

Agnes Gund, president emerita of the Museum of Modern Art, will make the presentation of the Clark Prize to O’Doherty during a November 16 ceremony at The Explorers Club, 46 East 70th Street in New York City. The Club is the site of the Clark’s New York office and is associated with both the museum’s founder Sterling Clark, a notable explorer in China in 1908-09, and his brother Stephen, who commissioned the townhouse and lived there until the early 1960s.

“I am honored, surprised, and pleased to be in such distinguished company,” O’Doherty said. “The fact that the award comes from the Clark gives it a special luster.”

A man of many parts, O’Doherty’s most durable identity has been both as artist and writer. He joined the New York Times as an art critic in 1961, was the editor of Art in America from 1971 to 1974, and has published many critical essays and several books, including Object and Idea, American Masters: the Voice and the Myth; the influential Inside the White Cube: Ideologies of the Gallery Space; and Studio and Cube.

In addition to these achievements, O’Doherty has served as director of both the visual arts and film and media programs at the National Endowment for the Arts; taught film and art criticism at Barnard College and Long Island University; and has written two works of fiction, The Strange Case of Mademoiselle P. and The Deposition of Father McGreevy, which was nominated for the Booker Prize in 2000. He received the College Art Association's Mather Award for art criticism in 1965 and was a visiting scholar at the Getty Research Institute in 2009–2010.

As an artist, O’Doherty has exhibited at Documenta and the Venice Biennale and shown widely in Europe and America. He has had several retrospectives, most recently at New York University’s Grey Gallery in 2007. In 2012, the Galerie Thomas Fischer in Berlin hosted his most recent exhibition, where he was a guest of the Kulturstiftung des Bundes. Frequently intrigued by issues of identity, O’Doherty began signing his work under the name Patrick Ireland as a response to the “Bloody Sunday” killings in his native Ireland in 1972. He maintained the pseudonym for 36 years until formally burying the identity after Ireland established an all-party government in 2008.

Trained as a physician, O’Doherty holds a medical degree from University College Dublin and conducted research in experimental psychology at Cambridge University. He earned a master’s degree in public health from Harvard University after emigrating in 1957. O’Doherty lives and works in the United States and is married to art historian Barbara Novak, Altschul Professor Emerita of Art History at Barnard College and Columbia University.

About the Clark Prize

The Clark Prize for Excellence in Arts Writing raises awareness of the importance of writing that bridges scholarly and popular interest in the arts and seeks to encourage support for such writing among publishers, editors, and the public.

The Clark Prize is funded by the Beinecke Family through the Prospect Hill Foundation. It is accompanied by a $25,000 honorarium and an award designed by Pritzker Prize-winning architect Tadao Ando, the designer of the Clark’s Stone Hill Center and the new Visitor, Exhibition, and Conference Center building currently under construction as part of the Institute’s campus expansion program.

The inaugural Clark Prize was awarded in 2006 to three individuals: Kobena Mercer, a writer and critic; Linda Nochlin, an art historian and leader in feminist art history studies; and Calvin Tomkins, author and art critic for The New Yorker magazine. Since then, the Clark Prize has been awarded to a single individual every two years. The recipient in 2008 was Peter Schjeldahl, art critic for The New Yorker magazine. In 2010, the prize was awarded to art critic and Princeton University professor Hal Foster.

Members of the Clark Prize jury were chosen for their long-standing commitment to the arts and their expertise in the field. Jurors serve as both nominators and judges. Individuals engaged in all forms of arts writing, including criticism, commentary, monographs, catalogue essays, and biography, are eligible for nomination.  The members of the 2012 Clark Prize jury were Prof. Darby English, University of Chicago; Iwona Blazwick, director of the Whitechapel Gallery, London; and Dr. Harry Cooper, curator and head, modern and contemporary art, National Gallery of Art, Washington, D.C.

Tickets for the award presentation, scheduled for 6 pm on November 16, are available online at clarkart.edu/clarkprize or by calling 413 458 0524.