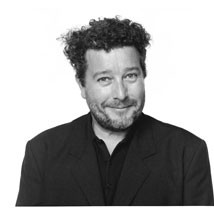 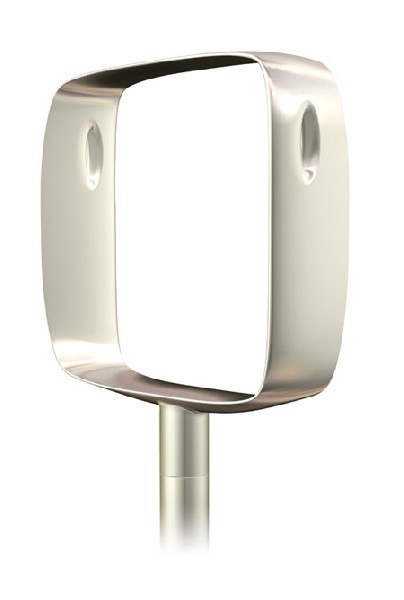 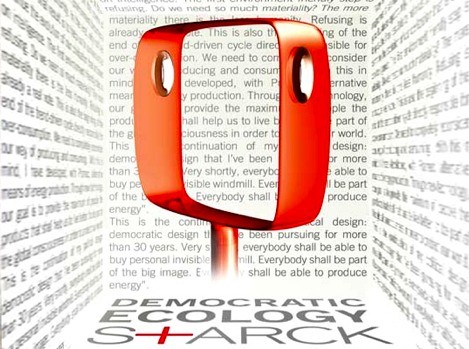 One of the true superstars of the design world, Philippe Starck,  has recently repudiated how he became famous. He now says that beauty for its own sake is a thing of the past.  Currently, he wants to be involved in the basic design issues of the planet, not what he refers to as frivolous ornamentation of everyday objects. He has long been interested in a design that is affordable and functional to the average consumer. Now he wants to do more to aid the planet.

His first concept is rather simple: based on the fact that every household has a large amount of energy usage and because of our mounting need for electric powered appliances (computers, televisions, microwaves, etc.), many of us are looking for ways to save on nonrenewable energy sources and energy costs. Therefore, Starck has created a wind turbine to help individuals save on household electric costs. It can be set up simply in  backyards. It will be produced by Pramac, an Italian company, that traditionally manufactures more conventional oil and gas equipment. The price for the wind turbine is to be about 400 Euros or approximately $600.

Born in 1949, in Paris, Philippe Patrick Starck is perhaps one of the best-known and most prolific designers in the world. His designs range from interior designs of restaurants, hotels and residences to mass produced consumer products including toothbrushes, chairs, juicers, and utensils. Educated at Ecole Nissim de Camodo in Paris, he founded his first design studio in 1968 which specialized in inflatable objects. His career took off in 1982 when he designed the interior for the private apartments of French President Francois Mitterand. Since 1975, Starck has worked independently as an interior designer and product designer. In 2002, he created a line of relatively inexpensive products for Target Stores. His work can be seen globally.  A master marketer, Starck himself has become literally a designer brand.

Several months ago, the wealthy star designer declared that design was dead, and announced his retirement. Miraculously, after proclaiming that everything that he previously designed was useless, he has come out of a short retirement, married for the fourth time, and created something truly useful and certainly timely, if not trendy, a mini-turbine designed for people to use at home to generate wind power. It also is an inherently Starck signature design, aesthetically pleasing in an unusual way.

The design is done in a minimalist profile. A clear polycarbonate is one of three colors. The clear version's lack of color is a statement about too much materiality in the world. This  transparent product may be for those who want a less noticeable appliance. The other two colors are stainless steel or  Signal Orange. This elegant device that looks a bit like a large contemporary television antennae is capable of producing 20 to 60% of power needs for an average home.

Additional energy will be needed from more conventional sources, and additional equipment will presumably be required to hook up to the turbine. Perhaps a battery-backed circuit? The turbine first made its appearance at the 2008 Greenenergy Design Show in Milan last Spring. The buzz was staggering.

Throughout his career, Starck's work has focused on functional household items. The "look" of his objects and furnishings are generally quite sculptural, stylized, streamlined and sometimes organic. They are often fabricated of unusual combinations of materials like highly evolved plastic and aluminum, or plush fabric and chrome, even glass and stone.

Some of his most recent designs have included an optical mouse for Microsoft, yachts and packaging for a beer company. He was commissioned to design the Virgin Galactic Spaceport in Mexico for Branson. Foster and Partners are its architects. His work focus has always been on what he referred to as Democratic Design. Now, this has been superseded by Democratic Ecology. His work with Pramac has resulted in the creation of this wind mini-turbine that will be affordable by the vast middle class. It generates more power at the lowest price point ever.

Other miniturbines cost in the range of $1000 to several thousand dollars. Most are miniature versions of the large turbines found in wind farms along the oceans or in high wind areas. Generally they need great height to accept optimal wind. Neighbors have complained and even protested. Nothing is ever easy. These wind turbines average a couple of kilowatts of electrical power. Wind power can be stored in battery packs. The power must pass through converters to make the appropriate electricity to power home appliances.

Some of them are quite noisy. Few can be found in densely populated areas. A number are even ugly and eyesores. They are specifically designed to supplement the electrical grid. They can pay for themselves over time by lowering electric bills.

It is estimated that wind power globally is responsible for providing residential electricity for over 150 million people. Presently, one in every three countries now generates a portion of its electricity from the wind. Because wind power is easily measurable, the results of Mr. Starck's design can be monitored and calibrated.

Following his personal philosophy that "ecology is not just an urgency of the economy and a protection of the world but also a result of creativity and elegance," Starck has created this personal power generator wind turbine ( L'Ã©olienne individuelle Pramac). It is fabricated in polycarbonate and set on a wood platform. However, I do wonder how environmental-friendly the polycarbonate manufacturing process is?

Starck's idea is long overdue. Other miniturbines require great height. His may only need to be attached to a roof or set in a backyard. His status as a major world class design force may bring about faster the integration of better aesthetics and environmentally appropriate devices. His fame and design skill will probably encourage more people to take greener steps. It was due to reach store shelves in September of 2008. We need it. It has not arrived yet. It is a great idea, and certainly, its time has come.