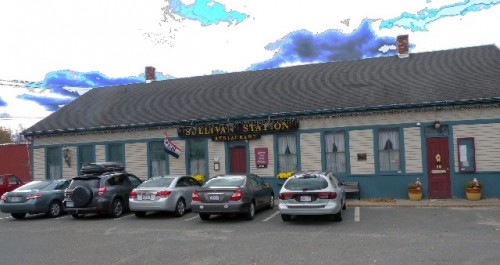 The former railroad depot in Lee. 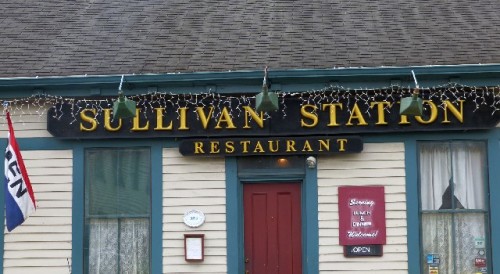 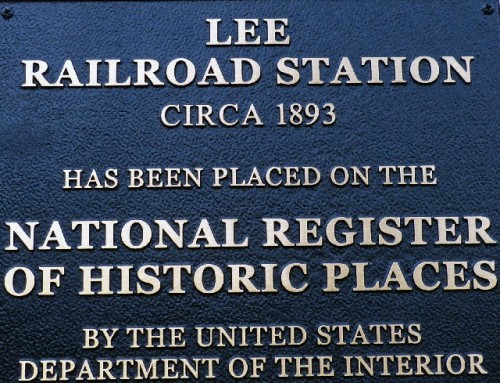 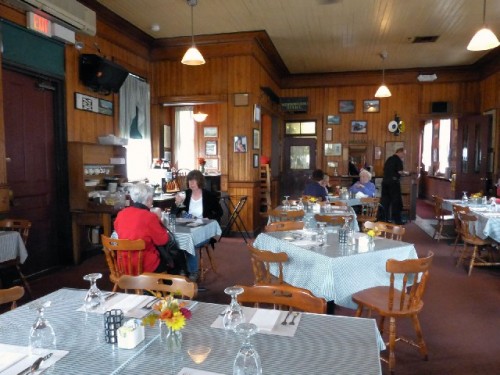 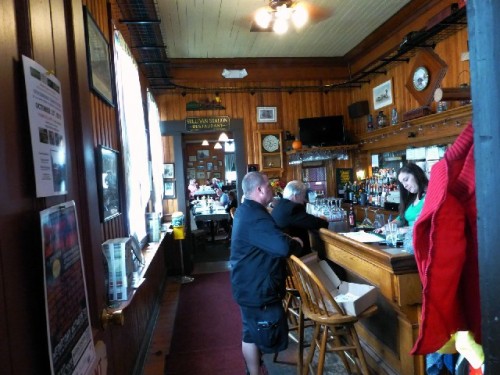 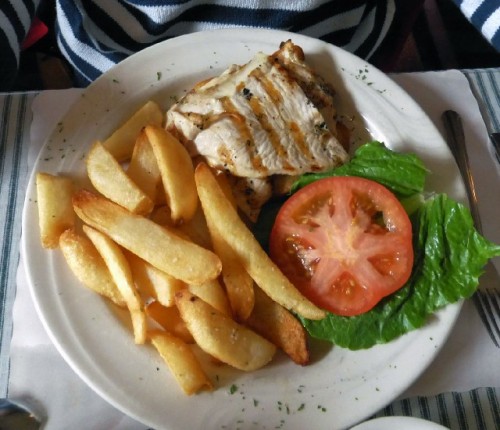 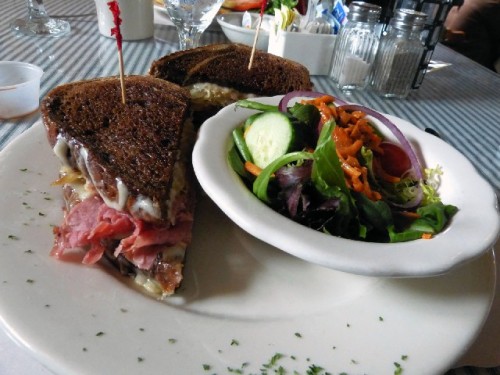 Lunch in  a Historic Landmark.

It was a busy day of errands from one end of the Berkshires to the other.

We opted for a leisurely lunch break at the historic Sullivan Station in downtown Lee.

Countless times we had driven by on our way to the Mass Pike.

You have to know it’s there and make a conscious decision to turn onto Railroad Street where it is at the end of a short drive. But it is not very visible from the street.

Locals seem to know it, however, as we were seated with lots of other pensioners for what was a moderate to busy service.

The original appearance of the 1893 functional structure remains intact. The walls are adorned with lots of vintage photos and railroad memorabelia.

The setting scores high marks for atmosphere while the prices on the dinner menu are a bit of a reach for the generic cuisine. This is not a destination for upscale fine dining with most entrees above and below $20. Which is to say average.

The lunch menu was quite reasonable.

Judging from our food and looking about the sandwiches and burgers were generous in the $8.95 range. That comes with a choice of steak fries, salad, cole slaw. It’s an extra $2.00 for sweet potato fries.

We had chosen Sullivan Station because a recent newspaper article stated that they featured a good selection of gluten free items.

While Arni freshened up in the ladies I asked the waiter for the Gluten Free menu.

“There isn’t one” was the surprising answer.

All of the non breaded sandwiches can be ordered with gluten free bread and there is also an option of gluten free pasta.

When I ordered a reuben with corned beef the waiter asked if I wanted it gluten free like my wife.

“No” I said. “I just love gluten. I want mine gluten to the max on rye bread.”

That just bowled him over.

”You’ve just made a new friend” she said as we waited a moderate time for the food.

Whenever possible I get the reuben. The Best in the Berkshires is the Thursday lunch special at Linda’s a popular greasy spoon in North Adams. During winter season it’s where I lunch with mates on Thursday. We also love the greasy fries.

This was a good reuben with an adequate portion of meat but not enough sauerkraut and not a hint of the all important Russian dressing.

Arni ordered the grilled chicken which she found a bit dry. It was served over the toasted gluten free bread which was tasteless as is generally the case. No fault with the restaurant as gluten free bread comes one size fits all.

But she really winced at being charged $4.50 for a cup of tea. Next time she wants to order just hot water and it better not cost $4.50.

When we again pass through on errands we would definitely drop by for another atmospheric lunch. There seem, however, to be other better options for an expensive dinner.