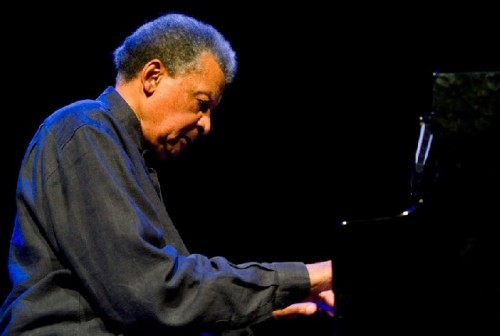 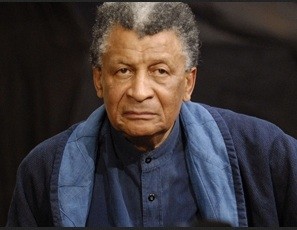 Ibrahim, a Man of Many Faces 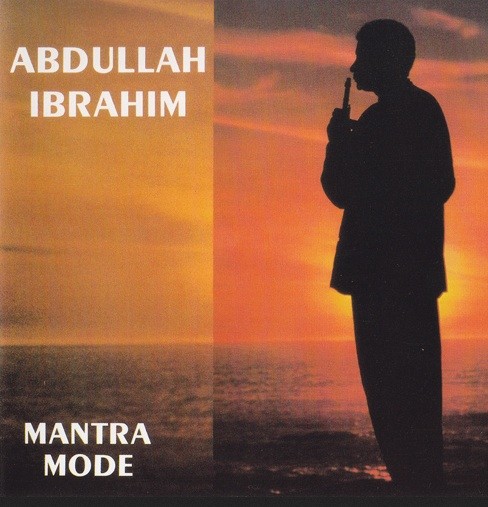 A man in Mantra Mode

Just as Nelson Mandela’s South African Party was coming to power in South Africa, a math teacher at Milton Academy, an old New England school outside of Boston, started a jazz program.  Milton is not far from the Augustus St. Gaudens statue of Robert Shaw, who led the 54th regiment of black soldiers to defeat at Fort Wagner.  Many Milton graduates, like most Americans, thought that the inevitable transfer of power in South Africa would result in bloodshed on the order of the US Civil War.

That didn't happen and the Milton teacher took a group of his musicians to South Africa on spring break. They heard Abdullah Ibrahim perform just after Nelson Mandela became President of the country.  Zankel Hall was packed with Miltonians for the performance of their jazz hero, celebrating Ibrahim's 80th birthday. He had spent some of the time leading up to liberation in Paris, a haven for people of color.  Yet he never left behind the cry of his beloved country of birth.

Cape Jazz, for which Ibrahim is famous, started in Capetown, South Afirca. Like New Orleans Jazz in this country, its songs responded to events around the Cape. Mannenberg, perhaps Ibrahim’s most famous song, was created after District Six was leveled.  On the slopes of Table Mountain, the area became a center of the vibrant colored and black culture of Capetown and home to many artists and musicians.

Musical traditions of the Cape emerged from a combination of many cultures. The Dutch and British colonizations in the 17th and 18th centuries, the influx of slaves brought from the Indian Ocean basin, and the political protest during the Apartheid era.   Although socially and politically the culure has not emerged as one, Cape Jazz reflects the mix of many cultures into one vibrant musical tradition.

Solo piano is a specialty of Ibrahim’s, but performance with a group is more familiar. As a soloist, and deeply influenced by his conversion to Islam, Ibrahim talks about the piano singing. Particularly in the second part of his program, the percussive beats of Marabi were struck in the bass. The rhythm of the ghoema drum reflected off Zankel's wooden walls.

As he started to play, Ibrahim seemed almost in a trance. Certainly as he leaned into notes, and then punched them for emphasis, he entranced listeners. We naturally sat back and fell under his spell. More a muse through which musical messages were passing than an aggressive appropriator of sound space, Ibrahim silently accompanied himself with mouth motions dictating a found beat.

If the transition from Apartheid has bumped along in South Africa, Ibrahim has not. Returning to his beloved country, he now echoes out more of a peaceful lyric than the mournful cry of the blues.

His head is crowned with a mop of grey curls, his profile sharpened by age, but still beatific in its reception of the sounds of the universe about him.

As each of his sets ended, the audience sat rapt still until his pedal was released.

Carnegie is the place to go for the mix of music. The acoustics of Zankel are even finer as the sound of the N,R and Q trains have been successfully muffled, or stifled. Now only the clear tones of performance resonate and the effect is mesmerizing.

Ibrahim performs with his trio, septet and big band at the Schomburg Center for Research in Black Culture, bringing his unique combination of gospel and traditional music of Capetown uptown.