founder Erica Crawford On board the Steamship Prudence 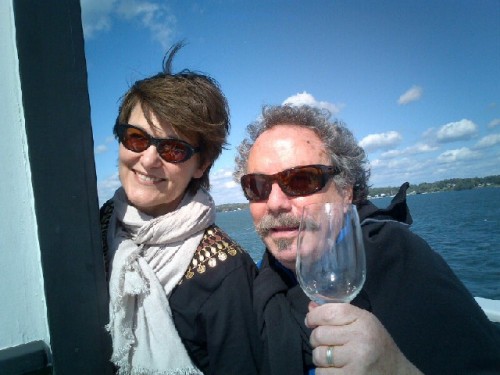 Loveblock founder Erica Crawford and me 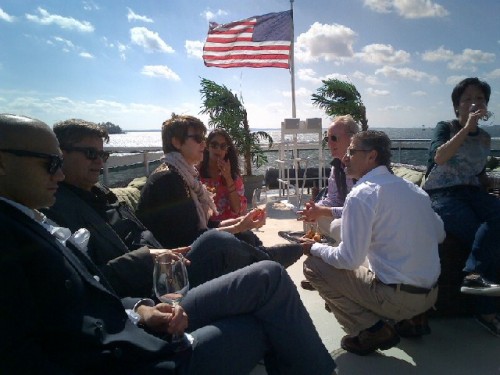 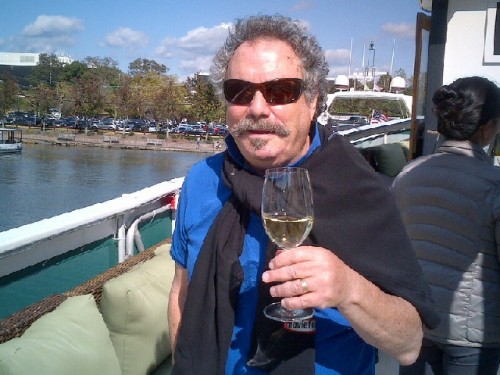 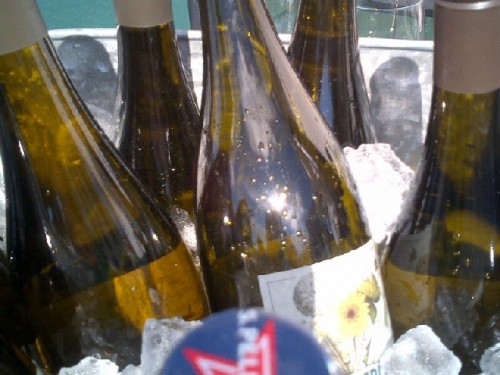 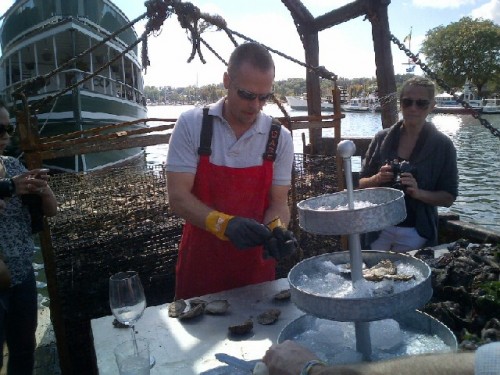 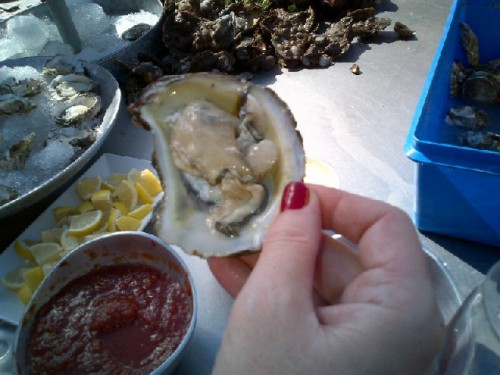 The jewel of oysters 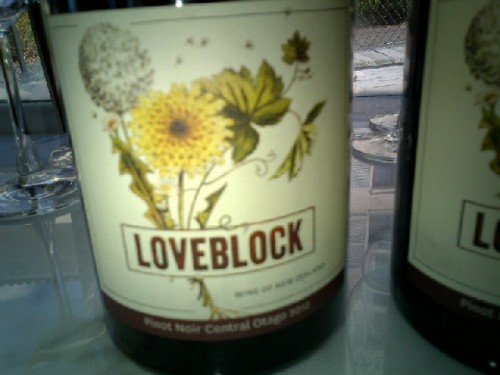 When the invitation arrived, I was certainly intrigued.

We will pick you up with a car service and deliver you to a waiting steamboat, docked in Greenwich, Ct. The boat is the oldest working steamboat in America.

Shortly afterwards, we will rendezvous with a local skipper, an oyster harvester by trade and sample freshly caught oysters. Erica Crawford, founder of Loveblock’ wines from New Zealand will join us.

Afterwards, the car service will bring you home.

Having driven or taken subways and buses most of my life made this invitation look more curious than it would to those who live n NYC and own no vehicle.

They are used to being chauffeured about.

It wasn't hard to accept the offer.

Somehow my journalist, wine and theater critic and photographer wife received an invite, as well. We joined forces, together, in the backseat, a big, black Mercedes. The driver was wearing a chauffeur's cap.

Maybe it's me, but, sitting in the back of a big car with a chauffeur makes me feel any conversation would be heard by not only my wife, but, the driver as well.

I remained quiet during the hour plus ride.

We finally arrived at the dock in Greenwich, Ct.. The boat we were meeting, named Prudence, was waiting for us..

We climbed aboard Prudence and was met by our friend who represents some of the best wine producers in the world. A glass of Loveblock wine was put in our hand.

Our day was set.

The invitation said, that all attendees will be on ‘An excursion to the oyster flats of Greenwich, Ct, in the waters of Long Island Sound to discover what makes a good oyster and what makes a good wine! Please join Loveblock wines founder, Erica Crawford and Aquaculturist Jardar Nygard for a wine and oyster pairing luncheon aboard the ‘Prudence’, one of only three original Maine Steamboats still on the water today and the oldest working ship in America. Watch first hand as local oysters are harvested and shucked by our expert, taste various kinds, and discover the significance of a vineyard ‘s Terroir and an oyster farms Merrior’.

As the Prudence pulled away from shore, we learned some facts about oysters. Did you know oysters are sequential hermaphrodites? Newly spawned oysters only need microscopic bits of calcium to start growing their shell. Oysters in the wild attach to old oyster shells. Oysters can live up to 30 years. The lighter the oyster is, the younger it is. The best time to eat oysters is September and October.

Growing up in New Orleans has made me an oyster fan from a very young age.. Even the public schools served oyster po boys on Fridays. At a young age, I remember my parents ate fresh oysters and drank Sauvignon Blanc.

Unfortunately, they did not live long enough to experience the best Sauvignon Blanc to pair oysters with, New Zealand style, specifically, Loveblock.

Founder of Loveblock, Erica Crawford, an ex-medical scientist takes organics seriously. Erica is the wife of New Zealand’s Sauvignon Blanc guru, Kim Crawford. Maybe it’s a woman’s touch, but, the 2013 Sauvignon Blanc that accompanied the luncheon was easily the best in the market. It was the true New Zealand style, grapefruit, melons and acidity. What was different about Loveblock is the fact that the wine is fuller bodied and denser, lusher than others in the market.

Erica spoke to the lucky group of invitees on the boat emphasizing that at Loveblock, we have a deeply held belief that we are the custodians of the land. We farm the land and grow grapes in accordance with organic certification standards sustainable winegrowing principles and biodynamic practices .

Loveblock has several distinct vineyards. The ‘Hillside’ is a 180 acre vineyard perched on top of the hills overlooking the Awatere Valley. Erica says that the location is suitable because the wind keeps down the bug population, the northern exposure of the Hillside is the same as southern exposure in Europe. Finally Crawford stresses that the soil is not glacial, but, is made of redwood pass soil which helps with even ripening of the grapes. The huge vineyard primarily produces Sauvignon Blanc and Pinot Gris. Many other varietals, including Riesling, Chenin Blanc, Gewurtzraminer, Pinot Blanc and Tempranillo have been planted, harvested and experimented with.

The ‘Woolshed’ and the ‘Triangle’ are at the bottom of the hill. The soil is typical of the Awatere Valley—stilt over stone. The ‘Woolshed’ devotes its 27 acres to Sauvignon Blanc, while the ‘Triangle’s’ four acres are where the Pinot Gris is planted. Both areas were planted in 2003 and were converted to organics in 2012.

Pinot Noir, from Loveblock’s Central Otago vineyard is an example of a difficult grape that thrives when extra attention, care and patience are part of the scenario. The newly bottled Pinot Noir jis a welcome addition to Loveblock’s portfolio, which includes Pinot Gris, Riesling, Gewurrztraminer and Sauvignon Blanc.

Loveblock and Erica Crawford have my vote of confidence!!