The Martian, Bridge of Spies, Everest 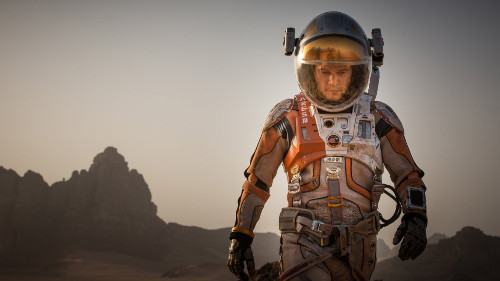 Matt Damon in The Martian. 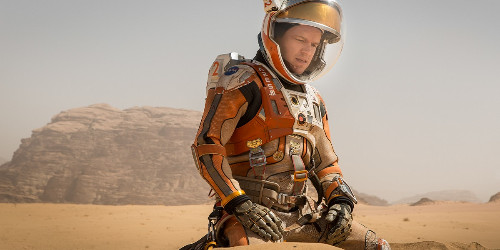 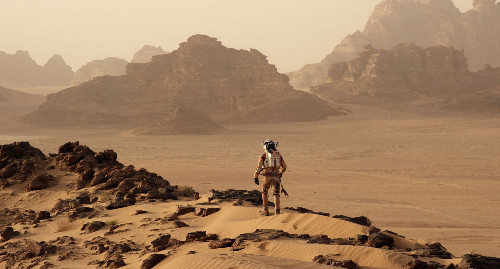 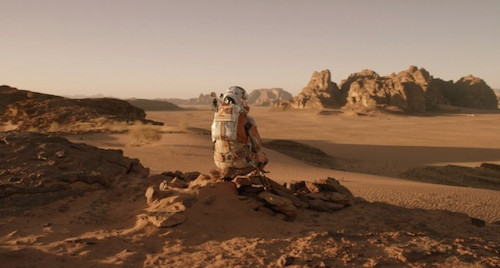 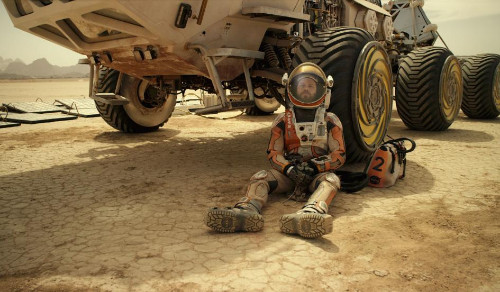 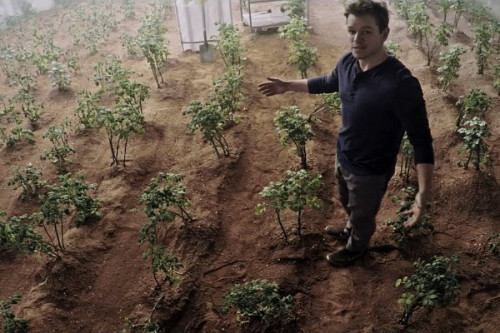 The stranded Astronaut cleverly raised a crop of potatoes. 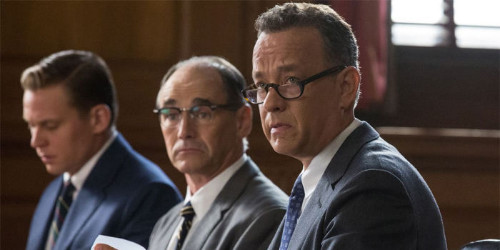 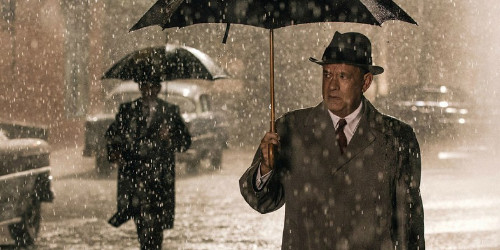 Donovan in Berlin trying to negotiate an exchange of spies. 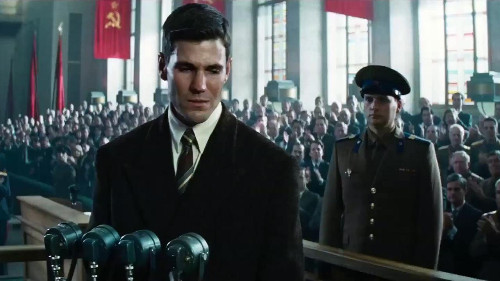 U-2 pilot Francis Gary Powers on trial in Moscow. 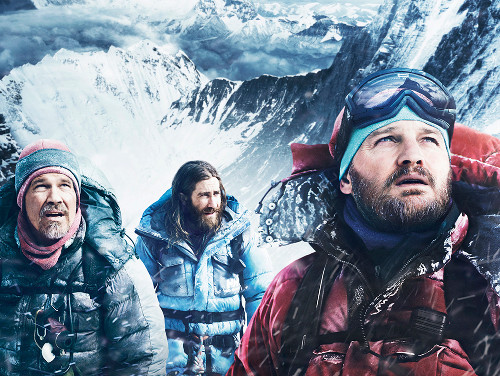 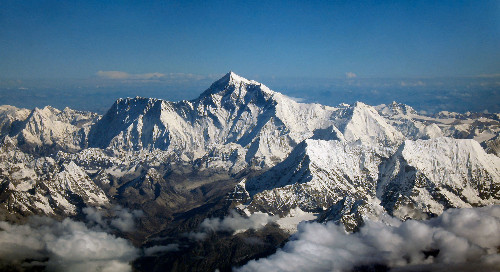 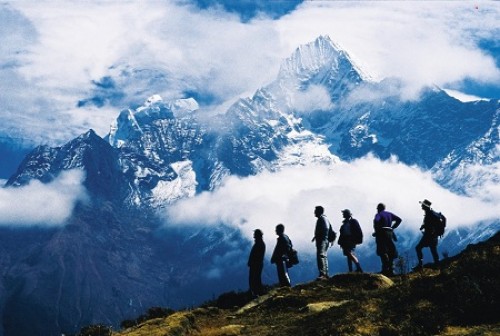 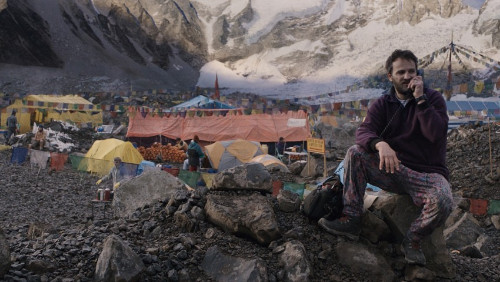 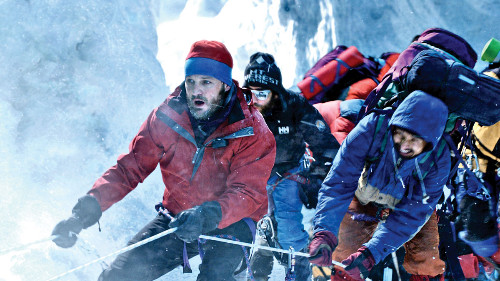 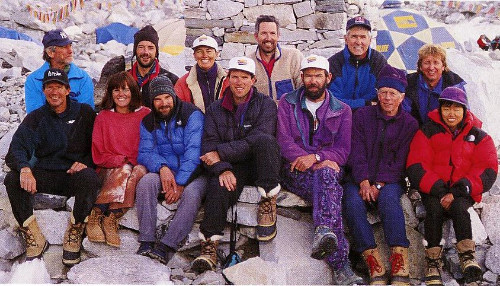 The last photograph of the team of Adventure Consultants in their tragic attempt to scale Mt. Everest.

Last week in Boston we caught up with recent films.

Normally we would see them during five dollar night in North Adams. In the big city a night at the movies, even for seniors, cost about twice that. For a change we were up to date rather than enduring the usual wait for films to make their way to suburban theaters.

We attended the first day of general release for the Steven Spielberg thriller “Bridge of Spies.”

Exiting the cinema we were asked if we would like to be on TV and talk about the film. I was all for it but Astrid had other plans. So I missed my big chance to be on the small screen.

In addition to “Bridge of Spies” we saw “The Martian” and “Everest.” The latter films have been around since September.

All three films were well worth seeing and likely to earn nominations in various categories during the awards season.

It is interesting to note that two of the films “Bridge of Spies” and “Everest” were based on actual events while “The Martian” is a work of plausible science fiction. Of the three we found “Everest” to be the most absorbing with a combination of dramatic tension, suspense and truly spectacular cinematography.

The sets conveying rocky terrain and red sand, vast, frozen, empty landscape are compelling. There is, however, a sameness to the theme of an astronaut Mark Watney (Matt Damon) who is lost in space.

Assuming that he is dead during a ferocious sand storm his mates fire the rockets of the space craft and head back to earth.

The film shifts back and forth in thirds. There is a saga of the stranded astronaut solving a number of crucial tests. Cut from there to mission control where Jeff Daniels, playing the NASA head in the familiar, diffident, arrogant, sarcastic Jeff Daniels manner, spins the disaster with an eye more to saving the space program than recovering Watney. The third cutaway is to the space craft and crew on their long journey home.

The challenge for director Scott was to blend these elements into a successful, however suspenseful and challenging conclusion. With a carefully negotiated assist from the Chinese, by the end of the film against daunting odds, its all high fives and solidarity together.

The Oscar potential is watching Damon, in a departure from his other roles, providing a compelling performance as a resilient and resourceful survivor.

Having managed to find the shelter erected for research on the barren planet he first binds up a life threatening wound. Figuring that it may be years before there is a rescue mission he takes inventory of the food supplies.

While attempting to convey to command that he is alive he must find a way to produce more food. As a botanist he cleverly creates an indoor garden, finds a way to irrigate it, and grows potatoes in a combination of sand and strategic deposits of excrement. There is an abundance of this material in the latrine that served the crew of astronauts.

Of course much of this recalls the classic Daniel DeFoe (1719) novel “Robinson Crusoe.” It was one of the most popular literary works of it era with some 700 translations and spin-offs.

Need we remind you, for example, of the Tom Hanks film “Castaway” (2000). In that film deranged by isolation the Hanks character became fixated on an anthropomorphic soccer ball. In yet another Crusoe remake Watney rants about the terrible taste for disco music of the departed Melissa Lewis, Ares III Mission Commander (Jessica Chastain).

Imagine listening to the Bee Gee’s “Stayin’ Alive” while lost in space. This is just one of the many cheap tricks of populist director Scott attempting to inject humanity and humor into a disaster film. That's part of why this big budget film felt so formulaic. Mostly Scott went of the easy and obvious.

During the peak of the post war Red Scare of the 1950s, fueled by McCarthyism, Rudolf Abel (Mark Rylance) an undercover Colonel in the KGB, was arrested and convicted as a spy.

Under the terms of the constitution, ostensibly the difference between the U.S. and the Soviet Union, even a spy was entitled to a fair trial.

Because of his distinguished service during the Nuremberg Trials the attorney James Donovan, played by Tom Hanks, was selected by a committee to represent Abel. Under enormous pressures from the media, colleagues, CIA agents and an unsympathetic judge who routinely denies his motions, Donovan was determined to mount an adequate defense for his client.

He took the position that Abel was a soldier doing his duty and therefore not a criminal. The logic was that we have our spies and they have theirs. They were pawns and players in the Cold War game of espionage.

Compared to the genre of action and adventure films the Abel of Rylance is mundane and ordinary to a fault. Living in a frugal manner, when not involved in espionage, Abel was a passionate and committed realist artist.

During the first meeting between court appointed attorney and his client Donovan suggests cooperating with the CIA for a possible lesser sentence than the death penalty.

In a stoic manner evoking ironic humor, and what becomes a running gag, the deadpan Abel asks “Would it help?”

In taking the case and pursuing an aggressive defense Donovan was vilified in the media leading to personal threats as well as a drive by shooting of his home.

In chambers with the judge Donovan argues against the death penalty. There is the potential that Abel would be of use in a prisoner exchange.

This became a reality when the pilot Francis Gary Powers was shot down on a mission with the high altitude, top-secret, U-2 surveillance plane in 1960.

During scenes of the training of the pilots they were told that in the event of possible capture they were to destroy the plane and take their own lives.

Both significant parts of the plane, its surveillance camera, and data survived as well as the pilot.

Compared to Abel, who was interrogated but never tortured and gave up no information, Powers was subjected to more than 100 days of hell. We see his summary mock trial and conviction including a sentence of hard labor.

Donovan was recruited to organize the prisoner exchange as an attorney and private citizen. Not representing his government this was excruciatingly difficult in Berlin at the very moment that The Wall was erected.

Another American, a graduate student, captured in East Berlin was also accused of being a spy.

The dramatic tension of the film entails the insistence of Donavan that both Powers and the student were included in the deal to send Abel back to the Soviet Union.

As Spielberg told a reporter “A British playwright named Matt Charman presented me with this incredible story about the spy swap. I’m a big fan of the spy genre. Even though this film was more of an intellectual spy drama, a little more about the art of negotiation and conversation, there was still spycraft that really got me excited. I’m a huge fan of ‘The Quiller Memorandum,’ ‘The Ipcress File,’ ‘The Spy Who Came in from the Cold.’ Even ‘Our Man Flint,’ ‘Dr. No,’ and ‘From Russia with Love.’ “

Yet again Spielberg evoked a warm, nuanced and compelling performance from an entirely credible Tom Hanks. That, however, was undermined by the entirely too insistent nobility of his character as well as a mostly predictable and formulaic plot structure.

The only real surprise in this otherwise generic espionage film is the remarkably quirky, reserved and magnificently understated performance of Mark Rylance.

Asked by a reporter (Michael Kelly) who is a part of the group planning to reach the peak of Mt. Everest their philosophical and comical answer is “Because it is there.”

The film Everest is based on a disaster that occurred when two skilled guides, Rob Hall (Jason Clarke) and Scott Fischer (Jake Gyllenhaal), were killed along with several of their clients.

While a superb cast, under the skillful director Baltasar Kormákur, convey this tragic event the riveting focus of the film is the spectacular landscape. Mount Everest, also known in Nepal as Sagarm?th? and in Tibet as Chomolungma, is Earth's highest mountain. It is located in the Mahalangur mountain range in Nepal.

In 1856, the Great Trigonometrical Survey of India established the first published height of Everest, then known as Peak XV, at 29,002 ft (8,840 m). The current official height of 8,848 m (29,029 ft) as recognized by China and Nepal was established by a 1955 Indian survey and subsequently confirmed by a Chinese survey in 1975.

After the first reconnaissance expedition by the British in 1921 reached 7,000 m (22,970 ft) on the North Col, the 1922 expedition pushed the North ridge route up to 8,320 m (27,300 ft). On the descent seven porters were killed in an avalanche. In 1924 George Mallory and Andrew Irvine made a final summit attempt on June 8 but never returned. Mallory's body was found in 1999 at 8,155 m (26,755 ft) on the North face. Tenzing Norgay and Edmund Hillary made the first official ascent of Everest in 1953 using the southeast ridge route. The Chinese mountaineering team of Wang Fuzhou, Gonpo and Qu Yinhua made the first reported ascent of the peak from the North Ridge on May 25, 1960.

By the 1990s multiple teams arrived simultaneously to attempt to reach the summit. As we see in the film this created a log jam which resulted in tragic consequences. Other than by Fisher and Hall attempts to coordinate the teams was unsuccessful.

Under these expert guides their clients paid an average of $65,000 each. As Hall tells the rather arrogant Weathers, a wealthy middle aged man in superb shape, he is paying that fee not to reach the summit but to get down safely.

The base camp is crammed with adventure tourists.

Unfortunately, several teams chose the same day for the attempt. The plan is to leave base camp (using lights attached to their heads) at 3 am. The must reach the summit by 2 pm and turn around returning to camp during daylight. There are forecasts of an approaching storm resulting in a narrow window of safety.

Because there are so many making the attempt there are delays when ropes have not been strung. There is also a mix-up on placing essential oxygen tanks at crucial spots on the return route.

Doug (John Hawkes), an experienced climber, has straggled after most of the group is returning from the summit. He is a mail man making a second attempt. Hall has given him a break on the fee. Doug pleads that this is his last shot. Against better judgment Hall caves in and they reach the summit at 4 PM.

The storm hits and, as they say, it was all down hill from there. The corpses remain on the mountain.

Remarkably, Beck Weathers, suffering from snow blindness, managed to stagger into the camp. His wife (Robin Wright) through diplomatic channels dispatched a chopper under adverse conditions to get him off the mountain. As a result of frost bite he lost both hands and his nose.

Other than for cinematography this superb film is likely to be overlooked during the awards season. Unless, that is, an Oscar is awarded to the mountain.