Goerke as Elektra at Carnegie Hall 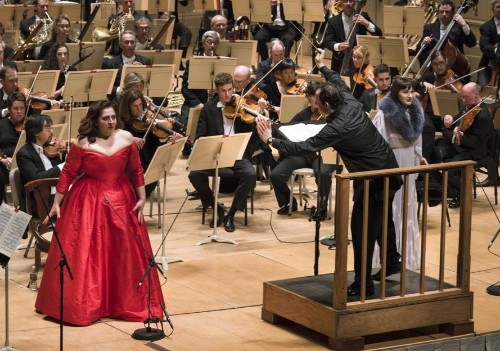 A brilliant Elektra by the Boston Symphony Orchestra conducted by Andris Nelsons. Christine Goerke sings the title role. Gun-Brit Barkmin is her sister. 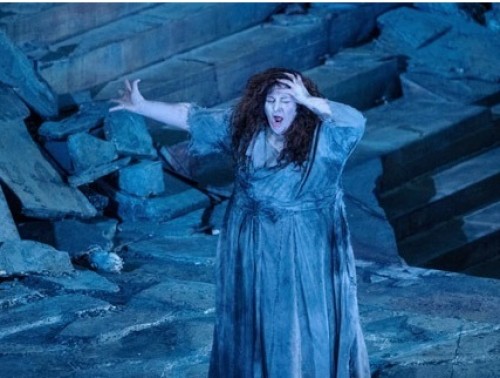 Goerke as Elektra at the Lyric Opera of Chicago. It was a brilliant performance directed by David McVicar. 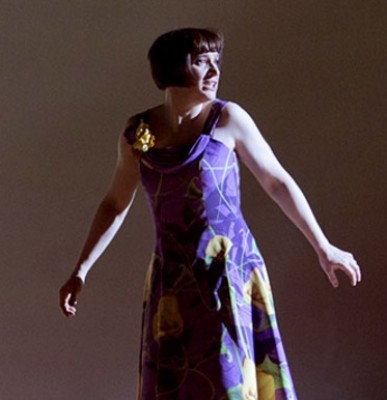 Gun-Brit Markmin has taken Berlin, Vienna, and Zurich by storm. It is easy to see why. 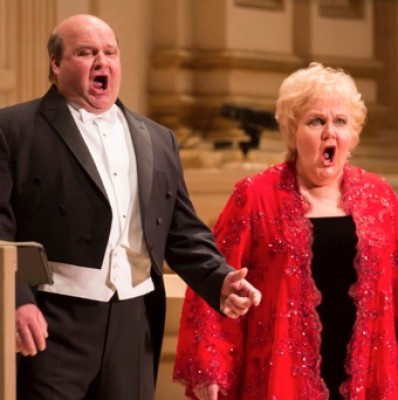 Gerhard SIegel and Jane Henschel performing together in Vienna. They capped off a splendid Elektra at Carnegie.

There is a buzz in Carnegie Hall.  Christine Goerke's recent performance in Turandot is the talk of the town. The members of the Boston Symphony to a one are warming up and tuning up each on his own string. Excitement is in the air.

Yes, Christine Goerke is a singer for the ages,  Her performance in Elektra in Chicago was over-the-top perfection.  David McVicar who directed said she was one of those rare artists with a great gift, infinite patience and willingness to work, with fastidious attention to detail which gives her the appearance of wild spontaneity in this role.

Seeing her sing Elektra in concert, at Carnegie Hall, under the inspired conductor Andris Nelsons, upped the ante.  She wears a blood red dress, drenched in the drama to come.  Her strengths are magnified, and stand out even as she moves up and down pathways in the middle of the orchestra.
Her voice can do anything, with no apparent effort.  You can't locate it in the head or the chest.  It simply emerges and can soar and wallow with ease.  Crazy as Elektra is, there is nothing crazy about how she performs.  Goerke's top can be juicy and the mid range harsh.  She can do what she wants with the instrument.
Goerke's face is malleable.  Her eyes particularly gleam, almost cackle, calculate and wonder.  No singer moves with such attention to the motion of the music.  Widespread arms collapse as a phrase does.  She turns on a dime at a musical reverse.  Splayed hands punctuate.  So do words like Lugner, Liar.  She is tortured and mesmerizing.
Up to the the role of her weaker sister, who wants the life of an ordinary woman, a wife and mother is Gun Brit Barkmin, whose soprano is lighter, but also forceful and impassioned.  In a shimmering pink flapper dress with long pearls and faux fur she is very much her own woman.
Luxury casting included Jane Henschel as Clytemnestra, wrapping her tones around the agony of sleepless nights and the dread of death as she staves off the inevitability of her murder.  Matricide was illegal in Greece, the Furies point out.  Revenge was very much in fashion.  In fact, Apollo himself instructed Orest to kill his mother for killing his father, who killed their daughter.  So much for the House of Atreus.
James Rutherford's Orest was full of love for his sisters, and driven by the need for avenge his father's murder.
Gerhard Siegel, who we love as Mime, is the wicked Aegisth, the mother's lover who assisted in the murder of Agamemnon because someone in the House of Atreus murdered someone in his family. In Greek drama, the murders have the quality of begats in the Bible.  Siegel's last word is searing.
James Bagwell conducted a chorus perched up in the third tier of balconies.  They rang through the hall even from a long distance.
And the conductor, Andris Nelsons.  His rendering of the galvanic Strauss score was detailed, and full of emotional punch.  Particularly the sweet sections which often suggest fraternal love were as fragrant as perfume.
Nelsons generosity to the singers and to each member of the orchestra who he moved to personally congratulate and thank at the conclusion of the opera, was touching and obviously appreciated.  He is forging a tight relationship with his musicians and prospects for more operas in concert make you salivate.
Bravo to the Boston Symphony.
Back to Front Page Section Home