At Pasadena's A Noise Within 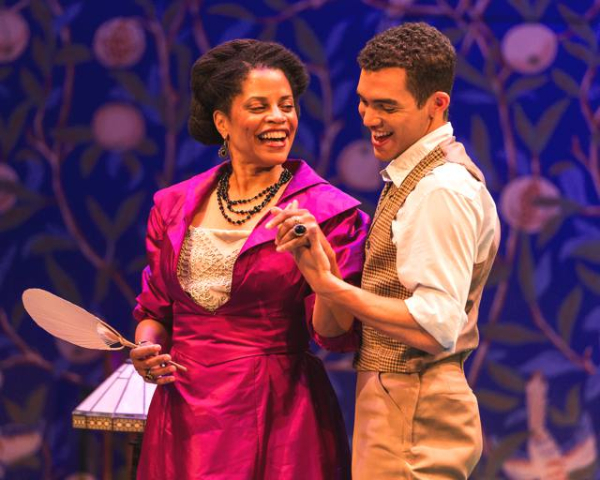 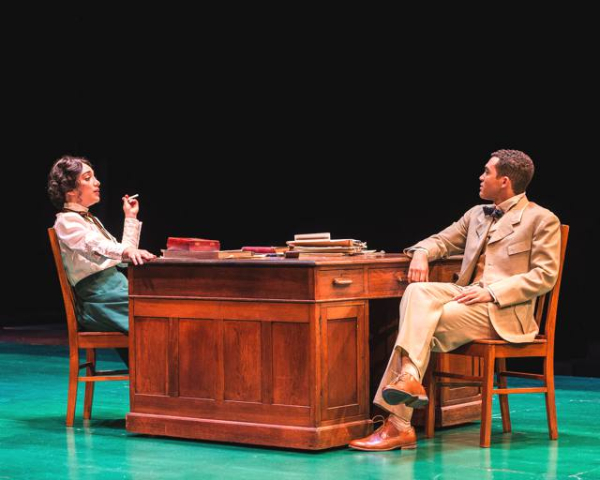 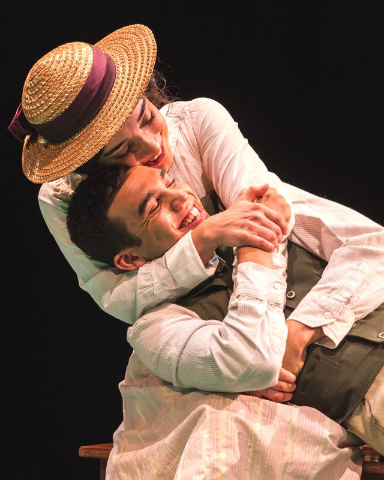 George Bernard Shaw, was an irascible, prickly, Irish playwright, author, essayist, and critic of everything that English Victorian society held dear.  He relished poking his fingers into their hypocritical eyes when it came to politics and the plight of English and Irish women held hostage by centuries of patriarchy; and he did it with his brilliant plays, novels, and essays.

One could even make a case for Shaw being the first ‘male feminist’ and recognized literary giant to champion the emerging women’s movement of the Nineteenth and Twentieth centuries in the United Kingdom and America.

Pasadena’s A Noise Within theatre company, is staging a provocative and spirited comedy production of Shaw’s “Mrs. Warren’s Profession”, a witty play about the ‘world’s oldest profession’, or is it about something else that is masquerading for a more insidious subject matter discussion: the misogyny of men in a patriarchal society who harbor the fear of being exposed for their shortcomings.  A fact that women have known since this planet first exploded, along with the Divine Right of Kings rule of law, and other “fake news”.

The play, crisply directed by Michael Michetti, was written in 1893, but didn’t see a stage presentation until some nine years later, courtesy of the puritan nature of Victorian society that was ‘offended’ by the clarity and prescience of Shaw’s writing.  When the play was first staged in New York City in 1905, the entire cast was arrested for public indecency.  Shades of stand-up comedian Lenny Bruce and the Chicago police in 1962 when he was arrested during a performance on obscenities charges.  Shaw, however, fared much better than Bruce.

The story, set in Victorian England centers on the problematic relationship between Mrs. Kitty Warren (Judith Scott) and her daughter Vivie (Erika Soto), a recent Cambridge University Honors graduate.  Vivie hasn’t seen her mother in years.  She’s a victim of the English Public-School system where children of wealthy parents are sent off to boarding schools to be raised by teachers and then by academics in the Universities.

Kitty Warren is a former prostitute made wealthy by becoming a Madame and a co-owner – with Sir George Crofts (Jeremy Rabb)- of a string of upper-class brothels located in the great cities of Europe.  Vivie, has been the beneficiary of Kitty’s business success. Vivie is pragmatic, intelligent, independent, and dedicated to being her own person.  Not an easy road to travel, for a young single woman in turn of the century England.  And, she has no knowledge of how Kitty obtained her wealth.  In Act I, she is too busy explaining to her mother how she intends to live her life, becoming an independent woman, who views Kitty as unfeeling, and a bit rough-around-the edges, compared to her upper-class friends at Cambridge.

In the meantime, Vivie has caught the eye of Frank Gardner (Adam Faison), son of the local Vicar (Martin Kildare).  Frank is an entitlement-oriented, boring young man in search of a rich woman as his meal ticket through life. He thinks Vivie is that worthy candidate.  Kitty’s acquaintance, Mr. Praed (Peter James Smith), is a peacemaker; always around to soothe the ruffled feathers of Kitty when it comes to her relationship with Vivie.

Act I belongs to Vivie and Shaw concerning life in Victorian England and constantly reminds one of the plight of women, either as a member of the working poor, or as a middle-class married woman.

In Act II, the fireworks begin.  In frustration, Vivie confronts her mother with why isn’t there a father in her life, why are there no cousins or relatives, just her mother’s male friends?  These questions, and others, however, are addressed in what some critics and audiences describe as a no-holds barred, verbal battle Royale between Kitty and Vivie, that takes place when the true nature of Kitty’s hidden profession is revealed, and Vivie learns that her high-end education has been funded by it.  What follows is a bittersweet resolution, but No Spoiler alerts here. Let’s just say that it’s a treat to watch these two talented women perform their magic.

The actors in this impressive ensemble production render finely judged performances and are always in their moments. That being said, the power of Shaw’s dramedy, none-the-less, is embodied in the characters of Kitty and Vivie.  Both Ms. Scott and Ms. Soto deliver potent memorable performances.  One can easily relate to the emotions of both women when they make their life altering choices. Victorian men, however, were rarely forced by society to wrestle with difficult choices like women.  The pity is most of the things Shaw railed against over a 100 years ago, are sadly, still issues to this day. American politics is still mired in a toxic swamp of inequality and special interests.

The technical credits at A Noise Within are always first-rate. The team led by director Michetti features a space set design which looks good from the audience’s POV, but causes some upstage right and left, audial blind spots, when actors are speaking with their backs to the audience (it should be an easy fix).  The lighting design by Jaymi Lee Smith, opts for a general overall illumination level and employs spots when called for the in the more dramatic moments in the play.

The costumes designed by Sara Ryung Clement are spot-on for the ladies, but, having lived in England for three years, I always wore a jacket or windbreaker whenever I went outside. Frank, looked half-naked to me when he went outside to hunt or shoot in a shirt, cap, and trousers. I kept looking at his knees to see if they were shaking from the bone-chilling air.  Melanie Chen Cole’s sound design works for everyone. She’s a welcome addition who did yeoman duty as North Coast Repertory Company’s resident sound designer in Solana Beach for several years.

“Mrs. Warren’s Profession” is another splendid production from A Noise Within theatre.  The comedy/drama performs in repertory through November 18, 2017.