Off Off Braodway's Lively Fall Season

Duck by Tom Block and Quiet Enjoyment by Richard Curtis 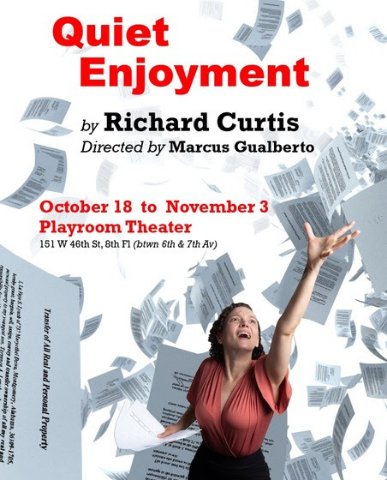 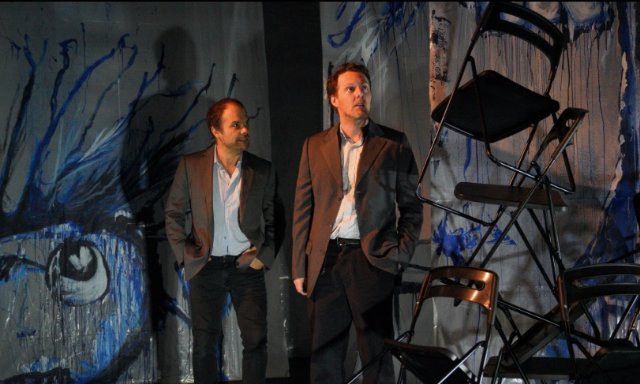 DUCK On one level a dark tale of brotherly love 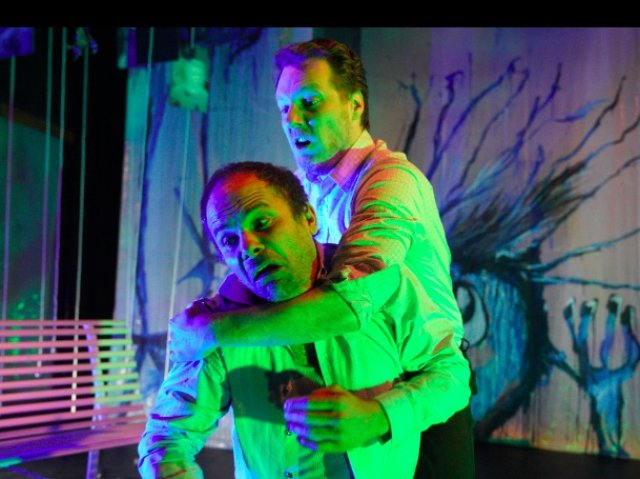 DUCK is about death by decision 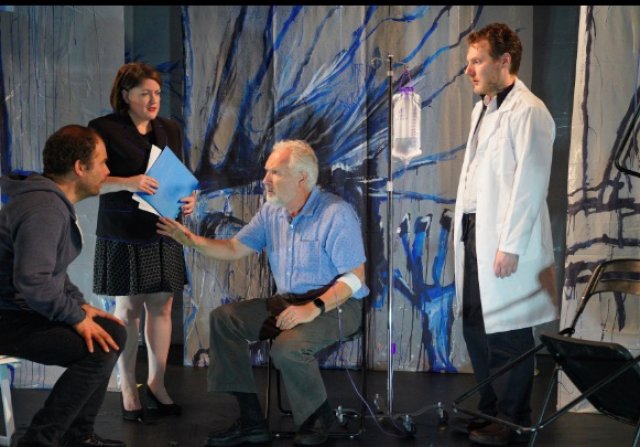 A father, who thinks he is in the dentist's office, is about to die

Off-off Broadway is lively this fall season.  Two productions tackle subjects that explore common experiences of people today.  Quiet Enjoyment involves the closing of a real estate transaction.  The title is a legal term of art. It is a covenant that promises that the tenant of real property will be able to possess the premises in peace.

Richard Curtis, erstwhile agent and playwright, looks at the characters involved in an intimate transaction that is most often handled with cold lack of concern for the people involved. In an over the top and often humorous portrait of the emotional reactions of the people involved, he explores several key characters. A junior real estate associate is authoritative without much effect. The owner of the apartment, a millionaire, has divorced his wife.  The ex-wife will receive the apartment as part of their divorce settlement.

Tagging along is Karma, the seller’s new girl friend, who calls on her spiritual partners whenever things go awry. One lawyer is a Cayman Island wheeler dealer who can't produce the laundered money the seller has in his off shore account. The other is the purchaser’s sister, who is defying the bar association prohibitions against using a family member as your lawyer.

This is slapstick, funny work powerfully suggests that closings are not always what they seem to be, especially when money is laundered and a chandelier is at stake.

Duck is darkly funny and often disturbing.  Directed with a perfect sense of pacing by Katrin Hilbe, we see a modern version of our brother's keeper.  One brother William or Duck, an ex-CIA agent,  has approved his father's choice of the right-to-die, even though the man has dementia.  The other brother, also ex-CIA, would not sign, and now lives on a park bench on which William sits.

When we first meet him, William has lost his ability to speak. He can only quack.

Tom Block has created a brilliant selection of characters to bring us into the core feelings of angst, anxiety and betrayal that now accompany us daily as we watch the values of our country unravel before us.

The cast is uniformly excellent.  Michael Sean Cirelli as Duck, moves convincingly between the articulate CIA operative and a deeply moving human who has lost his voice. He performd work chores he never imagined himself capable of.  Tom Paolino is his brother Crumb who has ended up homeless and claims a park bench as his own.

In a subtle and touching insert about end of life choices for the men's father, Crumb does not vote for pulling the plug.  Duck does.  The action moves between real world and that of the imagination.

In many roles Kellye Rowland is a gentle, insistent presence.  Particularly as a social worker who has just lost her finance and joins Duck on the bench, she has just the right touch of the therapist's compassion mixed with her own clear needs for confirmation and and companionship.

The playwright is also a visual artist who painted on the engaging panels which decorate the set.  A man electrified with spiked hair shooting out every which way, and hands from which the fingernails have been removed, keep us centered on the very real issues which dog our lives. We may not have ordered torture, we may not have delivered it, but we are complicitous in America today.

Sounds funny?  Probably not. But the combination of absurdity, reality and a broad take on character make this drama darkly touching.