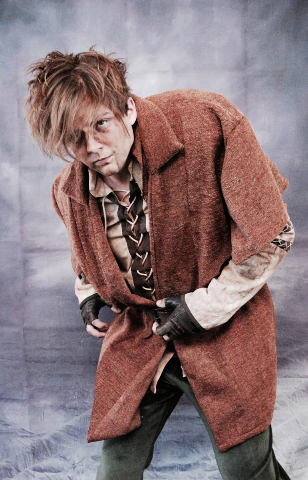 A slow burn for this Hunch. 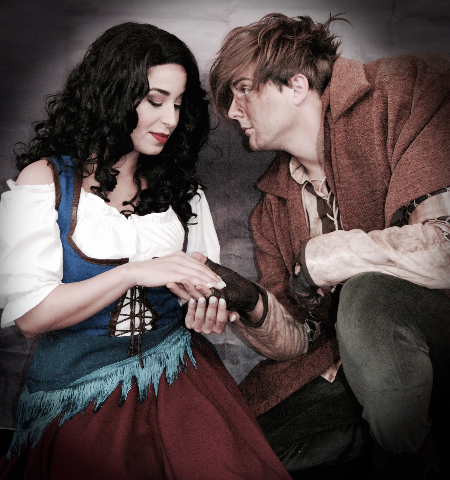 If artistic directors follow Ft. Lauderdale-based Slow Burn Theatre Company’s lead in staging the excellent musical version of “The Hunchback of Notre Dame,” it might not be long before the show plays Broadway. That will please the hundreds of people who signed their name on a petition after they learned the musical wouldn’t transfer to the Great White Way following a run at New Jersey’s Paper Mill Playhouse.

Composer Alan Menken, lyricist Stephen Schwartz and book writer Peter Parnell have created a heartfelt, heartbreaking and riveting version of the popular Victor Hugo novel. The stage show trims much of the fat from Hugo’s nearly 500-page novel while remaining faithful to Hugo’s work. The show is partly narrated by the actors, which further keeps intact the storytelling aspect of the tale.

Slow Burn opened the production Thursday for its South-East premiere on the Amaturo Theater stage at the Broward Center for the Performing Arts. The production runs through Nov. 6.

Disney-produced shows have gained a sometimes-unfair reputation for being largely theme park-like extravaganzas with eye candy galore at the expense of substance.

While there’s visually pleasing elements in the musical, which contains songs from the 1996 Disney animated film as well as new numbers, you’d be hard-pressed to dismiss this stage adaptation as mere spectacle. It’s a bold piece; how many Disney theatrical shows have a tragic ending?

The musical’s emotionally-varied, mood-enhancing, memorable score, heartfelt lyrics, and characters we can easily care about make this show a rousing success.

As for the timeliness factor, the notion of ostracizing an entire group of people based on their race or ethnicity feels quite relevant with the 2016 presidential election seemingly forever staring us in the face. Tolerance, acceptance of others’ differences, inclusion and acts of kindness and even heroism are some of the ideals that ingratiate us to this story of romance and injustice during the Middle Ages. “Hunchback” poses a thought-provoking, discussion-inducing question: What makes a monster a monster and a human a human?

Hugo’s novel is mostly well written, but is also often wordy and gets sidetracked. It sometimes feels like a university lecture; Hugo assumes a professorial, preachy tone in his lengthy, intellectual discussion of architecture and how it’s important to preserve the art form, especially with the advent of printing and the written word. This saps the momentum from the narrative and can easily bore a person, especially someone not engaged by the topic.

In the musical, the narrative momentum and tension never stalls, and even at more than two and a half hours, the stage show feels lean and focused. Dark, somber moments are contrasted with light-hearted, visually appealing scenes.

This musical feels like a mixture of “Les Miserables” with its passion, “The Phantom of the Opera,” with its intense competition for a beautiful woman, “The Crucible,” with its hysteria swirling around accused witches and even a hint of “Beauty and the Beast.”

The show is inherently melodramatic, with a “damsel in distress.” However, in the Slow Burn production, director/choreographer Patrick Fitzwater never stresses melodrama. Under his sensitive, detailed direction, we get a complex, well-rounded-character in the priest, Frollo (the excellent Matthew Korinko), layered characters in the hunchback Quasimodo and the beautiful gypsy Esmeralda (the versatile actor and superb singer Bobby Cassell and the equally gifted Shenise Nunez, respectively), plenty of touching, tear-inducing moments and great chemistry during romantic scenes.

The performers act, sing and dance vivaciously on Sean McCelland’s majestic two-story set, which includes multiple ropes, a breathtaking stained glass-like window and bells. The ropes hint of the danger ahead while the window reminds us we’re in a church. A choir, consisting of two groups, sit and soulfully sing in lofts on opposite sides of the stage, further reinforcing the religious setting.

The bells could be more prominent; they’re up there in the ceiling, but if you don’t look close enough, you might miss them amid the other scenic elements. That would be a shame, especially since bells play such a prominent role in the musical which, like the animated film, features the popular song “The Bells of Notre Dame.” The memorable number lends a sense of mystery and awe to the bells.

The proceedings are lit with skill by lighting designer Becky Montero, who uses a variety of hues and effectively alters intensity to enhance mood and increase focus.

It’s hard not to be riveted by Korinko’s portrayal of Father Frollo. He invests the clergyman with a commanding, severe, arrogantly pious demeanor and a dogged determination.  It’s easy to see similarities between Frollo and the spiteful Inspector Javert from “Les Miserable” (Hugo also wrote that massive novel).

Nunez imbues Esmeralda with grace, inner strength and a zest for life. But the actress also convincingly conveys her character’s suffering and makes us feel Esmeralda’s revulsion for Frollo.

Quasimodo is almost like two different people. He exists in a type of imaginative state, during which he speaks with vigor and confidence to the Gargoyles, who may not exist. Then there’s the deformed, deaf and verbally-challenged Quasimodo, who exists in reality when he’s speaking to such people as Frollo.

Cassell excels. That’s true whether he’s hunched to one side, speaking in a meek, hesitant voice and his face contorted or confidently singing or speaking in brave, confident tones while standing more upright.

His singing voice stands out; he’s able to hit high notes and sustain them as well as convey the emotions behind the lyrics. The actor never settling for just showing off a splendid singing voice. The actors, when singing, are backed by a live orchestra that sounds mostly vibrant.

A long-haired Trev Whittaker also stands out as Clopin, one of the head gypsies and conveying a hippy-like, free-spirited, unapologetic demeanor (think a character in “Hair”).

This production isn’t without flaws. The sound system on opening night experienced several hiccups. At times, some actors’ microphones didn’t work and we heard grating feedback. At least one actor, in song, is drowned out at times by fellow cast members. Sometimes we can’t see actors because they’re blocked by others. In an otherwise largely powerful production such as this, you never want to miss a telling facial expression. There was also at least one lighting cue that was late.

Granted, Thursday was opening night and kinks are likely to be worked out. The Slow Burn Theatre Company is highly respected and for good reason: It’s a Carbonell Award-winning company, representing excellence in South Florida theater.

Whether the musical version of “The Hunchback of Notre Dame” lands on Broadway is anybody’s guess, but Slow Burn Theatre Company’s strong production might in some way help it