Before I Leave You At Huntington Theatre 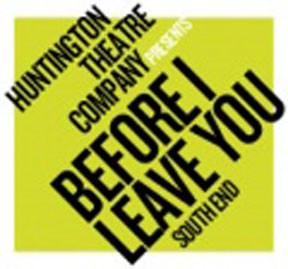 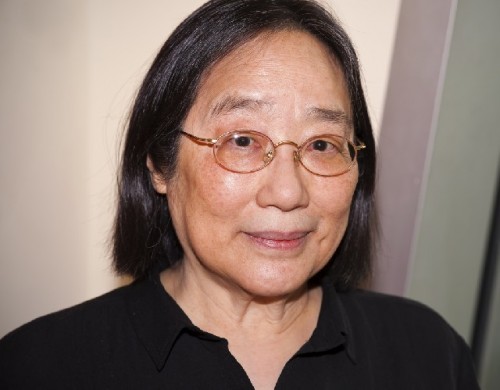 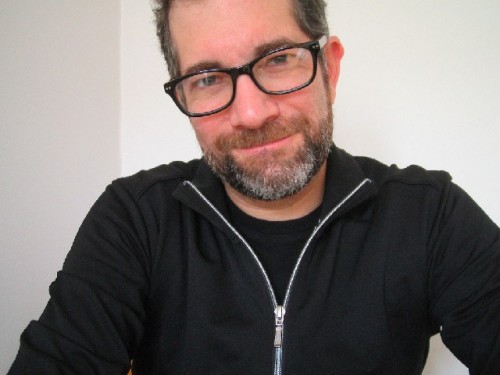 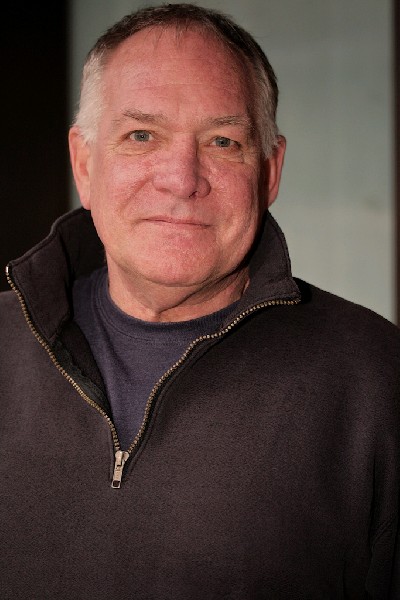 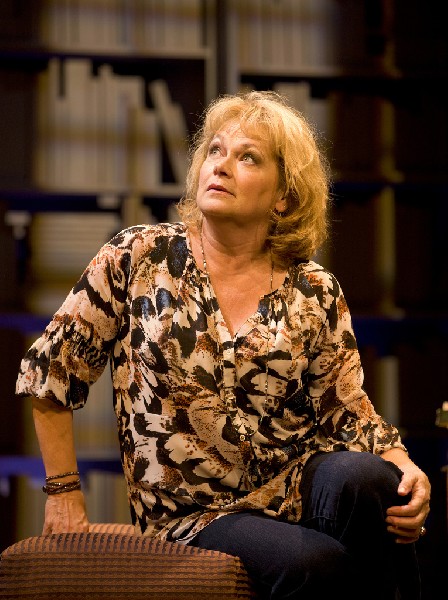 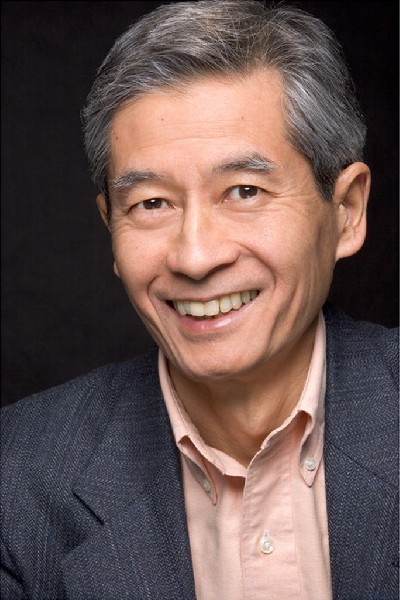 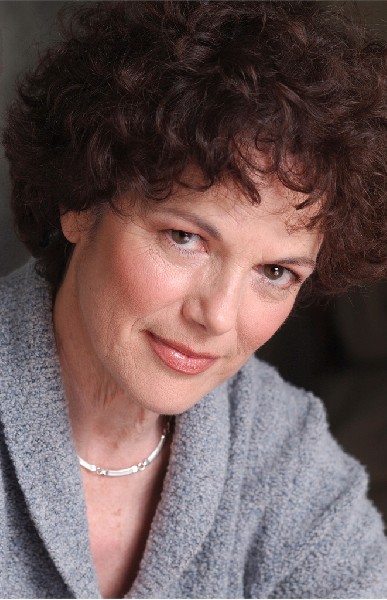 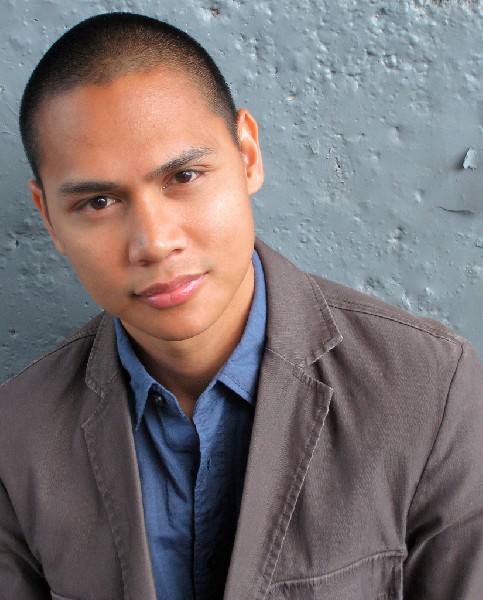 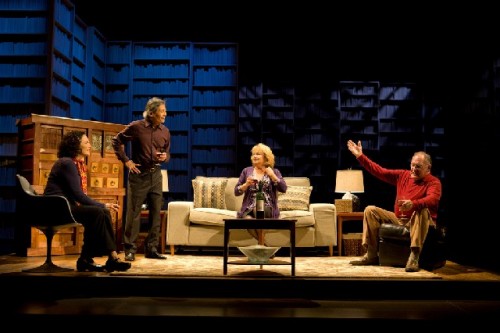 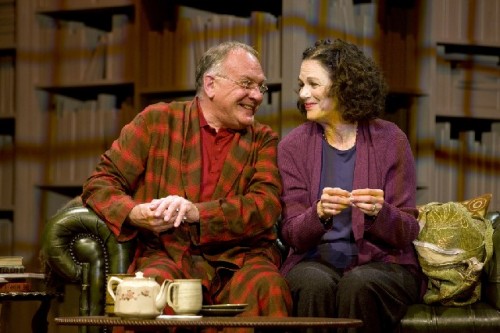 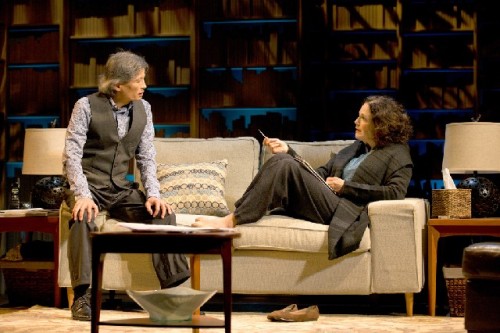 Set in and around Harvard Square in Cambridge, Massachusetts, Before I Leave You explores the lives of five people connected by love, kinship, friendship, aging, hyphenated-Americanism and unspoken familiarity and contempt.

This drama/comedy (dramedy) is a new play by Cambridge-based 72-year-old Huntington Playwriting Fellow Rosanna Yamagiwa Alfaro. It is the first major regional production for Alfaro. She writes about academic Cambridge, Massachusetts and the “sixty-something”  aging Baby Boomer demographic from an intimate perspective.

Off Broadway director Jonathan Silverstein (The Temperamentals) steers the production. The two act play focuses on four longtime friends: the married couple (Koji and Emily), an older bachelor professor (Jeremy) and his pain in the ass and out of work younger sister (Trish) who is temporaily living with him. Thrown into the mix is Emily and Koji's rather lost but trying to find himself son Peter.

When one of the old friends jumps at an unexpected chance for happiness, the others face crisis and opportunity. Playwright Alfaro weaves the threads of the drama by conversational vignettes and relationship riffs. Though suggesting a lot of promise, problematically much of the narrative is just too on the point, too direct and unsubtle. Less would have been much more.

The old friends dine together regularly at the Royal East, an actual Chinese restaurant located between Cambridge’s Central and Kendall Squares. References are made to local shops and restaurants throughout the play. The rest of the scenes are either at Emily's or Jeremy's homes.

Ross Bickell plays Jeremy, a mid-60s college professor working on a novel and dealing with health problems. Koji is his best friend since college. Glenn Kubota plays Koji, a Renaissance scholar, theatre professor and director who is a couple of years younger than Jeremy. He has a newly discovered very late to the dance interest in his Asian heritage.

Kippy Goldfarb plays Emily, a painter grappling with her own sense of self and her husband’s distancing as well as her son’s impending departure and new relationship. Alexis Camins plays Peter who is preparing to move in with his girlfriend and her young daughter.

The exception to this was Karen MacDonald. She plays Trish, Jeremy’s out-of-work sister in search of her next bargain or uncomfortable way of connecting to the others. MacDonald is outstanding here in a role that a lesser actor would have overplayed or hit wrong notes. She brilliantly plays Trish not as an inappropriate woman but as a rather interesting flawed human being.

MacDonald is the crazy glue that holds the play together. Instead of cringing from her outburts, we are drawn to her. Her outrageous statements and reactions lift and shocks the narrative. Karen is so graceful in this difficult to do role that we don't realize how difficult it is.

The play's least believable character is the son Peter. Surely the fauned over only child of an academic would not have gone from an expensive boarding school education to being a lowly bagger at a grocery store. A blue collar job perhaps or a store clerk, but not just a bagger. The relationship between him and among his parents rang quite hollow. This underscored the flatness of his characterization.

With that said, during the play there were snippets of dialogue that were quite humorous as well as others that were even poignant. Many times throughout the show there are laugh out loud jokes and quips. Thoughtful notions were imbedded in some of the characters' quite sharply fashioned words.

As usual, the Huntinmgton Theatre Company's production stagecraft was superb. Sets, costumes and sound were excellent. The direction and the movement of the actors was thoughtful and elegant.

This play attempts to impart that life brings change at expected and unexpected moments. It states that friendship and love transform over time. These universals are reinforced by what it means to get older and what it means to become independent. Life is transformative, altering and always a bit confusing.

Playwright Alfaro should keep working. Though Before I Leave You is a work in progress that needs refinement and subtlety, she is an interesting playwright of promise.