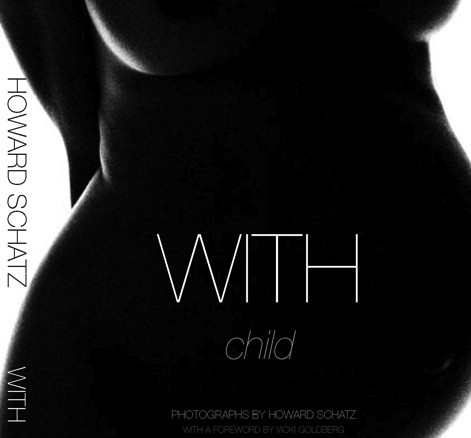 Photographs of women at the end of pregnancy and then the outcomes. 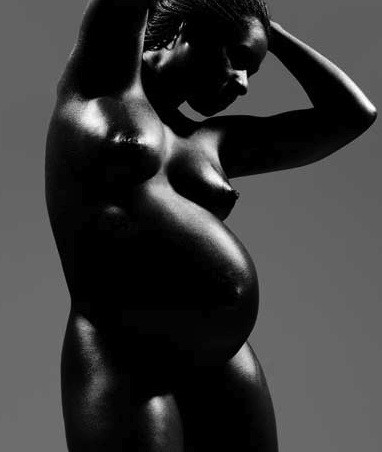 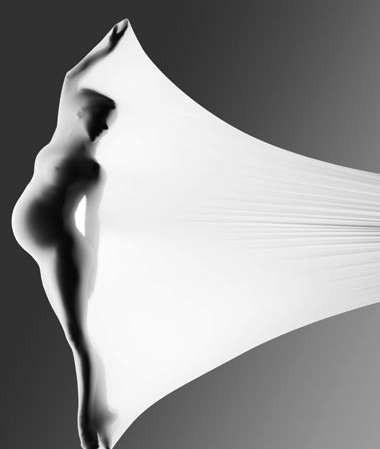 With Child
By Howard Schatz
Published by Glitterati
October 20, 2011

No one will forget Lennart Nilsson’s images of fetal development inside the womb, which ran originally in LIFE Magazine about fifty years ago.  Life's creation by humans is a thrilling occasion when a child is wanted. But in the olden days, a relic of the Victorian period, pregnancy was hidden by women growing babies.  Tent tops and dresses were de rigueur.  Feminists criticized society’s focus on fetuses instead of women’s bodies as the vehicle of pregnancy.

Today women sport their burgeoning bellies with pride.  Internationally renowned photographer and former physician Howard Schatz has captured the full-term bodies of women of many hues and sizes, boldly and beautifully in the nude. The title of Schatz's portrait of women in the last weeks of their pregnancy is  "With Child." The Biblical phrase is of course 'great with child,' and in the Schatz photographs, bellies are large and the women are having a great time.

Schatz always asked potential subjects how they felt about being photographed nude.  We see neither discomfort nor shame.  Having delivered 122 babies when he was a resident at Cook's County Hospital, Schatz brings a clinical eye for detail, a sculptor's eye for shape and an artist's sense of the difference between humans.  All the women are treated with respect and feeling.

Here we have many different hues of skin, bodies apart from the bellies, of many different shapes, and just as many belly shapes as you can imagine. An orange here, a squash there, basketballs and blimps. Ovals, eggs, circles, spheres, you name it.  Each is lit to emphasize shape and weight, just as a sculpture might be photographed.  Skin has different textures, and light casts shadows, but always we know that these are living sculptures about to explode in the unique ways of a woman giving birth. We get one dramatic birth sequence.

Soupcons added after birth are pictures showing what has been produced.  Schatz has touchingly included a proportional portrait of the result, as tiny as the baby is in relation to the mother’s size.  Each baby shows a clear personality, often different from the mother.

My theory that boys grow straight out in the womb, the way fat accumulates in the male, and that girls grow sideways like women putting pounds on, is born out by the book.  But don't bet on this observation. Schatz sees us as creatures of infinite variety.