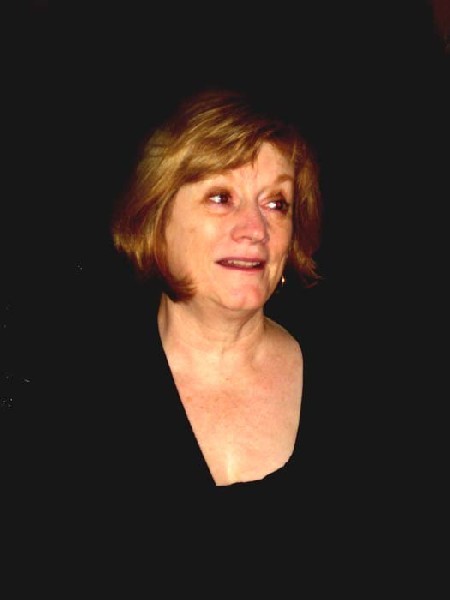 It has always been a honor and privilege to know and work with Jane Farver the director of the cutting edge List Visual Arts Center of MIT. While running one of the nation's most hip and insightful exhibition programs she has maintained her charm, humanity and hospitality.

While her thinking and curatorial vision has always been most challenging she has always invited us to join with the adventure. She raised the bar but never conveyed a sense of talking over our heads or looking down on those trying to grasp the content. There was always the excitement of trying to rise to the occasion even if as an individual or writer one might feel out of sync.

During such fitful moments Jane always has offered a warm and knowing smile. Truly, and uniquely, during her tenure Astrid I have felt much a part of the MIT family. Some years back Astrid worked with Otto Piene at MIT's Center for Advanced Visual Studies.

We last connected with Farver when she was among the guests at a New York opening of work by Piene. During her years at MIT she communted from her home in Queens and artist husband John Moore. I presented his work in an exhibition at Suffolk University. His retirement preceded her several years ago. Now I am sure they will have more time to travel together with continuing exhibitions and projects. One imagines that Farver will remain active and in demand as an independent curator.

What follows is the MIT press release.

Jane Farver, director of the MIT List Visual Arts Center, has announced her retirement at the end of a nearly 12-year tenure distinguished by the presentation of nationally and internationally acclaimed contemporary art exhibitions and a remarkable increase in public art throughout the campus. Farver has collaborated with a distinctive mix of artists, including emerging artists receiving their first significant visibility as well as prominent artists who otherwise might not have exhibited in the Greater Boston area.

“I have loved working with MIT’s wonderful faculty, staff, and students, and with the advisory committee of the List Visual Arts Center,” stated Farver. “It is hard to imagine there is a staff more dedicated and capable than that of  the List Center, and I will be grateful to them always. It has also been a real privilege to work with the many curators, writers and — in particular — artists that I have encountered in my eleven years at MIT; I owe them all so much.”

During Farver’s tenure, the List Visual Arts Center organized presentations for two international art biennials: the 9th Cairo Biennial, where she was co-commissioner for the American representative (Paul Pfeiffer), an exhibition that traveled to Athens for the 2004 Olympic Games, and the 49th Venice Biennale where Fred Wilson filled the U.S. Pavilion with newly created works.

The List Center is best known for its exhibitions of contemporary art that bring emerging talent to light, but Farver’s most lasting contribution may lie in her oversight of an extraordinary public art program that has changed the campus. In conjunction with new construction projects and major renovations, Farver oversaw MIT’s Percent-for-Art program, which added more than ten major works to the campus, such as Cai Guo-Qiang’s Ring Stone (2010) outside of the new Sloan School building, Anish Kapoor’s mirrored, stainless-steel work inside the Frank Gehry-designed Stata Center, and Sara Sze’s Blue Poles (2006) running up the façade of Sidney Pacific Graduate Dormitory. This fall will see the installation of Martin Boyce’s modernist metal screen with leaf forms and texts in the Koch Institute for Integrative Cancer Research. Farver, together with Registrar John Rexine and former Public Art Curator Patricia Fuller, re-wrote the List Center’s Collection Management Policy and its Best Practices Document for Public Art, which were adopted by MIT’s Academic Council. She also oversaw the reaccreditation of the List Center by the American Association of Museums.

In an extensive 2009 article on MIT’s public art, The Boston Globe art critic Sebastian Smee wrote, “a Sunday stroll across MIT is actually a wonderful option for anyone interested in large-scale, boldly conceived modern and contemporary art.” He also noted the comprehensive professional conservation effort that has taken place under Farver’s supervision, notably of works by Henry Moore, Louise Nevelson, Beverly Pepper, Alexander Calder, and Harry Bertoia, to name a few.

Revitalizing the List Center’s residency program was a priority for Farver, as it offered artists the opportunity to work with MIT’s most remarkable asset — the extraordinary intellectual richness of its students, faculty, and staff. Several artists each year, including Cai Guo-Qiang, Christian Jankowski, Chantal Ackerman, Cerith Wyn Evans, and Matthew Day Jackson, came to campus, some seeking insight into how to create new works, others seeking a break from their artistic pressures. They gave back to the campus in many ways, from public talks and classroom visits, to collaborations that stretched the community’s research into new avenues. A notable highlight was when artist Adel Abdessemed asked students to destroy a piano — and then put it back into working order, in a few days.

MIT Associate Provost and Ford International Professor of History Philip S. Khoury remarks, “Jane Farver has been a stalwart advocate for the arts, working ceaselessly to bring cutting-edge art to the Boston area and educate the MIT community about its importance. Her efforts will be sorely missed.”

Farver will remain at MIT through the May 2011 opening of Juan Downey, The Invisible Architect. Thereafter, she intends to return to New York, where she held numerous positions prior to coming to MIT and has maintained a home.