Cider Days Are Upon Us 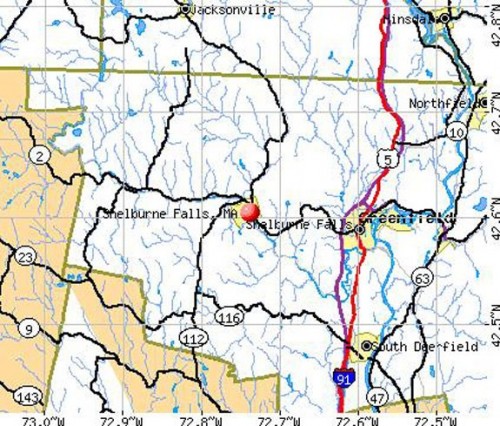 Cider Day events, November 3-5 are centered on Shelburne Falls and easily found on the Mohawk Trail. 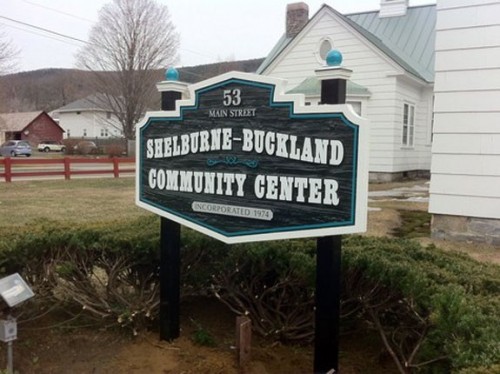 The Shelburne-Buckland Community Center, where many of the Cider Day offerings take place. 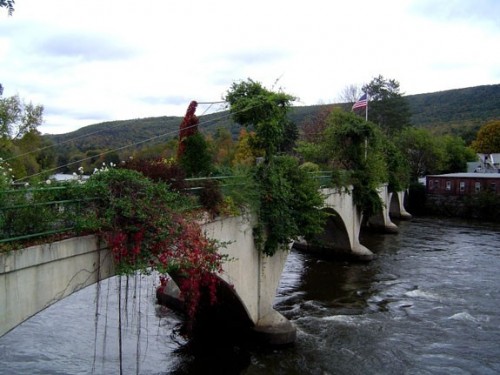 Shelburne Falls is noted for its Bridge of Flowers as well. 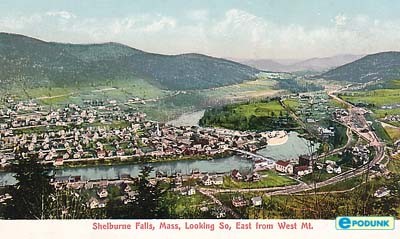 Franklin County is home to a great many festivals.This July past they hosted the 26th annual Green River music fest, and a few weeks ago we attended the fledgling 2nd annual Blues and Barbeque festival. In between they offer festivals of art, drama, video and culture. The festival being held the first weekend in November, special as it is, clamors for our notice.

If you have not yet discovered Franklin County’s Cider Days, allow us to bring it to your attention.

As a young boy, apples were my favorite fruit. We had a few trees in my back yard which produced not the prettiest or most perfect specimens, but it was a point of my pride when hosting  my local playmates to bite, chew and swallow the tartest and sourest of those while exclaiming how great they tasted. Then watching smugly as they tried to down the ones I offered them.  In my early summers, I would organize raids on local orchards bringing home shopping bags full of drops, and in my teens, I ended up working as a picker for pennies a bushel in some of those very same orchards. Apple pies and tarts, apple dumplings, apple crisp, apple sauce, apple butter and baked apples were all familiar on my family’s table and my favorite beverage, bar none, was apple cider.

Early each fall I looked forward to the first visit to the local cider press, and old John, each time I visited would say, “You like cider, do you?” and sweep a long handled dipper deep into the wooden tank and pour the cold, murky, particulate thick and heavenly nectar into a cup and pass it to me. None of this sissy pasteurized and filtered bellywash that often passes for cider these days. It was the real stuff. After a second cold cup, I would pass him my quarter and an empty gallon jug to fill and promise to be back the following week.

With a head full of rumors of a liquid sin called Applejack, as fall wound down and the cider dwindled, I would keep an extra jug on our back porch continually swapping it toward the back letting it ferment naturally and always pouring from the freshest for my mom and dad so they would not know how hard my stash was getting. Eventually they always found out or my stash turned to vinegar and lost its appeal, but the thrill of my cider secrets and forays into fermentation still make me smile.

Suburbanization and a move to the city separated me from my sources and gradually my romance with the apple cooled. After decades, much like reconnecting with an old friend on Facebook, I find myself thinking again about apples and particularly about cider.

It surfaced this summer when, out to dinner with some friends from the British Isles, they ordered cider instead of beer. We started to talk about it and I was surprised to hear that in the UK and in most of Europe, hard cider was a common table beverage and cider as a term was seldom, if ever, used to describe the unfermented juice of the apple. I have since discovered that it was much the same here in Colonial days. I have also found that, like handcrafted beer, many cider-crafters brew specialty ciders with close held secret recipes and solemnly guarded procedures.Cider making, crippled by prohibition now seems to be flowering again.

Now deep in its second decade, sanctioned by the AHA/BJCP, (American Homebrewers Association and the Beer Judge Certification Program) Franklin County’s Cider Days draws serious cider makers from all across North America and from Europe as well.

Several of the most popular events are already sold out, but there are many others, demonstrations, workshops and displays open with free admission.