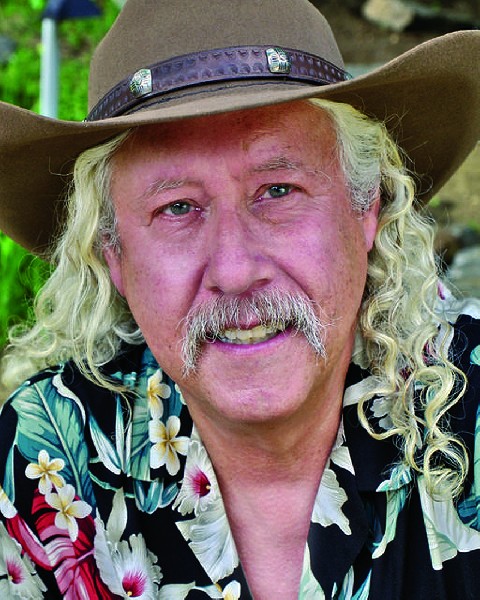 Arlo Guthrie will perform at tribute to his Day at the Colonial Theatre.

Arlo Guthrie will play the Colonial Theatre on November 16 at 8pm to honor his father, Woody Guthrie, and all that he contributed to Folk Music. For this concert only, Arlo will be accompanied by his family, to celebrate Woody's life and music.

Arlo  has always honored his father in song as well as in life. With the centennial of Woody's 100th birthday approaching, Arlo's new tour is a celebration of Guthrie's immeasurable contributions to the landscape of American folk music. Best known for his song "This Land is Our Land,” Woody was a giant in the folk movement, inspiring a generation of new folk musicians, including Ramblin' Jack Elliott and Bob Dylan.

Arlo is the eldest son of America's most beloved singer/writer/philosopher and Marjorie Mazia Guthrie, a professional dancer with the Martha Graham Company and founder of The Committee to Combat Huntington's Disease. He grew up surrounded by dancers and musicians: Pete Seeger, Ronnie Gilbert, Fred Hellerman and Lee Hays (The Weavers), Leadbelly, Cisco Houston, Ramblin' Jack Elliott, Sonny Terry and Brownie McGhee, all of whom were significant influences on his musical career. Arlo gave his first public performance in 1961 at age 13 and quickly became involved in music.

The performer practically lived in the most famous venues of the "Folk Boom" era. In New York City he hung out at Gerdes Folk City, The Gaslight and The Bitter End. In Boston's Club 47, and in Philadelphia he made places like The 2nd Fret and The Main Point his home. He witnessed the transition from an earlier generation of ballad singers like Richard Dyer-Bennet and blues-men like Mississippi John Hurt, to a new era of singer-song writers such as Bob Dylan, Jim Croce, Joan Baez, and Phil Ochs. He learned something from everyone and developed his own style, becoming a distinctive, expressive voice in a crowded community of singer-songwriters and political-social commentators.

The Berkshire native's career exploded in 1967 with the release of "Alice's Restaurant," whose title song, which premiered at the Newport Folk Festival, helped foster a new commitment among the '60s generation to social consciousness and activism. Arlo went on to star in the 1969 Hollywood film version of "Alice's Restaurant," directed by Arthur Penn.

With songs like "Alice's Restaurant," too long for radio airplay; "Coming into Los Angeles," banned from many radio stations (but a favorite at the 1969 Woodstock Festival); and the definitive rendition of Steve Goodman's "City of New Orleans," Guthrie was no One-Hit-Wonder. An artist of international stature, he has never had a hit in the usual sense. He has usually preferred to walk to his own beat rather than march in step to the drum of popular culture.

Over the last four decades Guthrie has toured throughout North America, Europe, Asia, Africa and Australia winning a wide, popular following. In addition to his accomplishments as a musician, playing the piano, six and twelve-string guitar, harmonica and a dozen other instruments, Arlo is a natural-born storyteller, whose tales and anecdotes figure prominently in his performances. Alongside his thriving performing career, Guthrie launched his own record label, Rising Son Records, in 1983. In addition to Arlo's complete catalogue of music, RSR includes recordings by Abe's band, Xavier, Sarah Lee's debut album, Sarah Lee Guthrie and Johnny Irion's recording of Unity Lodge. Their collaboration on Entirely Live and Exploration (2004) as well as Johnny's new release Ex Tempore are now available from the label. Arlo is also heard on This Land is Your Land alongside the voice of his father Woody Guthrie. The album has won several awards including a 1997 Grammy nomination as Best Musical Album for Children.

Guthrie's other wide-ranging activities have included acting roles on the ABC series Byrds of Paradise and on the USA network series Renegade. He has written and published The Rolling Blunder Review, a popular newsletter, since 1986, and is the author of an award-winning children's book Mooses Come Walking, illustrated by Alice May Brock. It is no wonder Arlo has become such a prolific artist, with such a legendary father.

Tickets to Arlo Guthrie: Here Comes The Kid a Tribute To Woody Guthrie's 100th Birthday are $30-$65. Contact the Colonial Ticket Office at 111 South Street, Pittsfield by calling 413-997-4444.  The Ticket Office is open Monday-Friday 10am-5pm, Saturdays 10am-2pm or on any performance day from 10am until curtain.