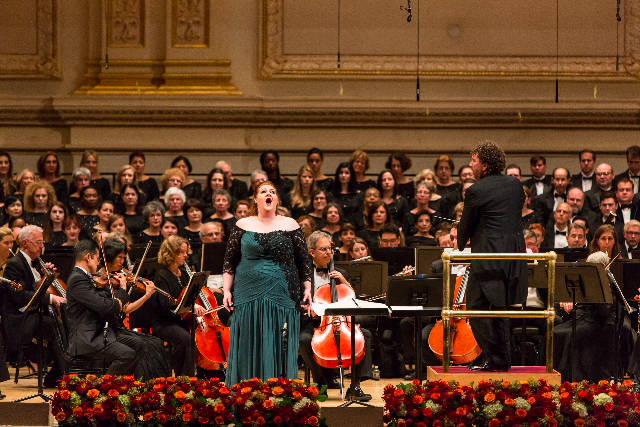 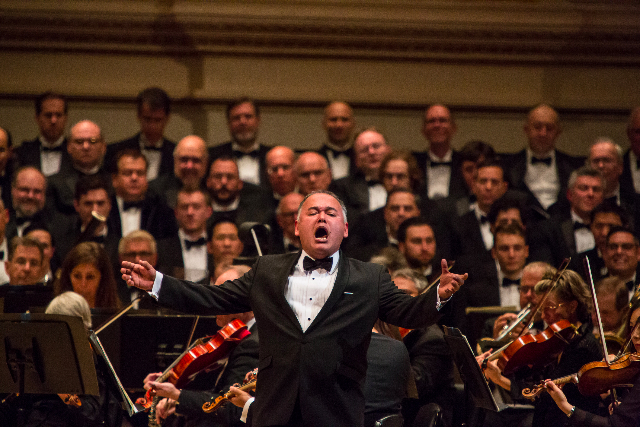 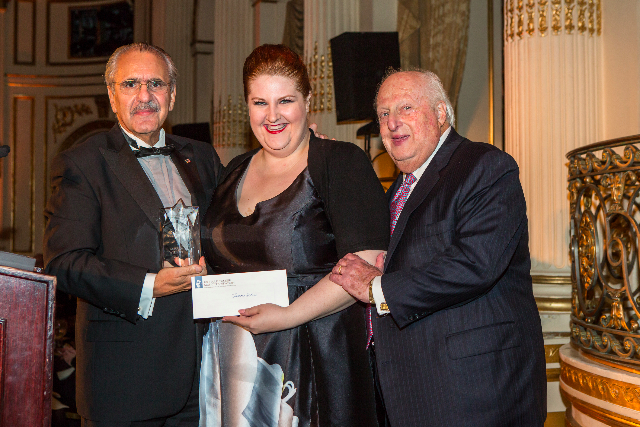 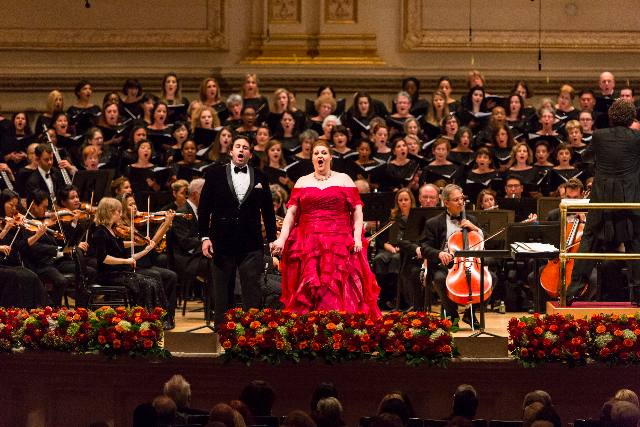 Tamara Wilson and Joshua Guerrero in a Bernstein duet. 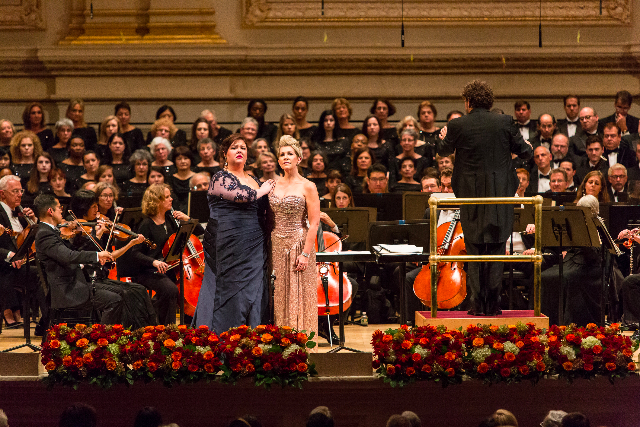 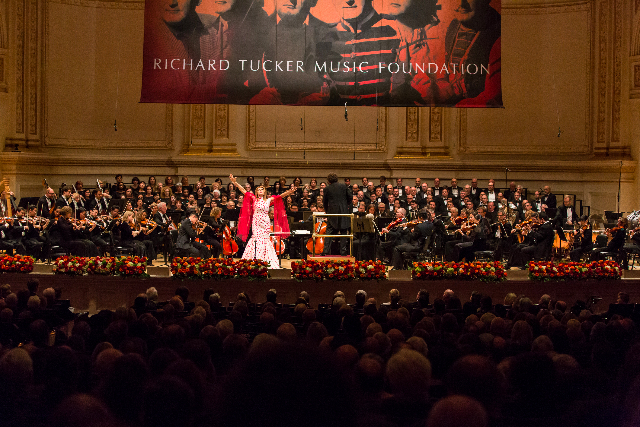 Kristine Opolais sang from Madama Butterfly. Many Bostonians enjoy their maestro's wife even more than him 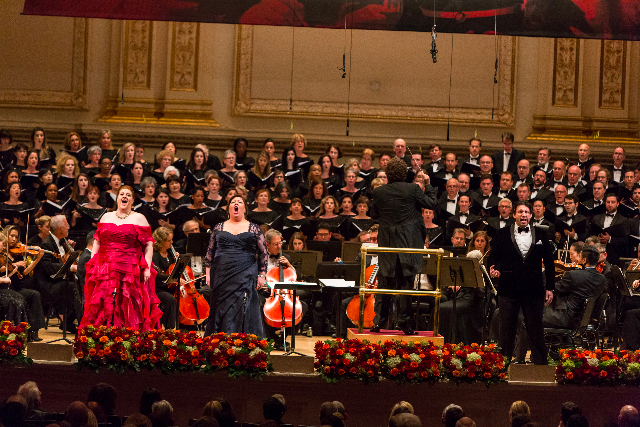 Tamara Wilson, Jamie Barton and Joshua Guerrero sing the finale from Act I of Norma 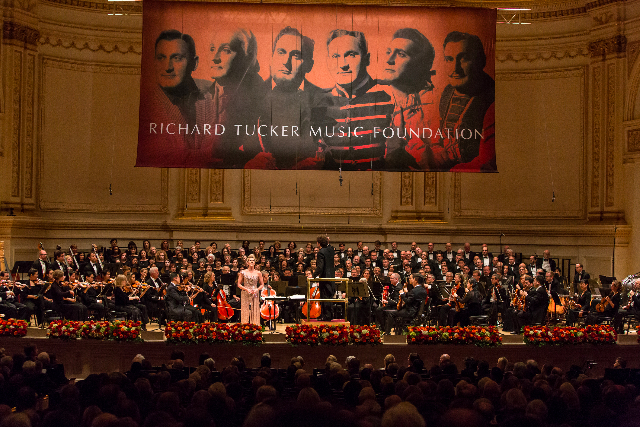 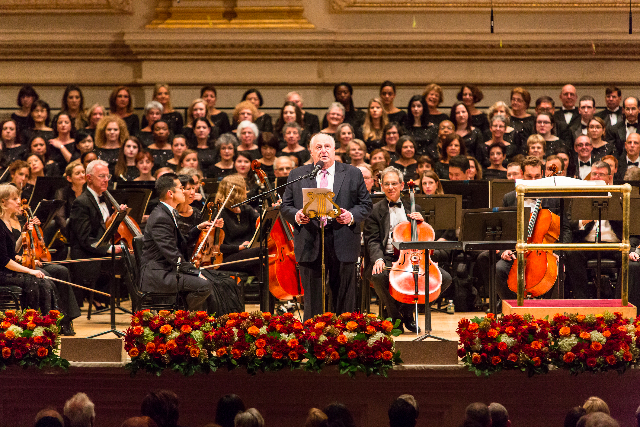 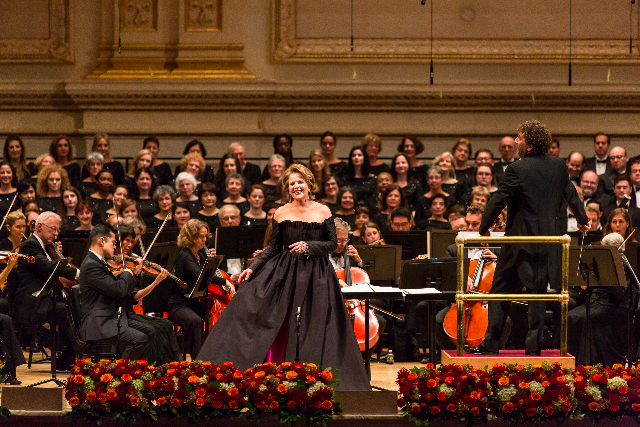 Renee Fleming brings down the house 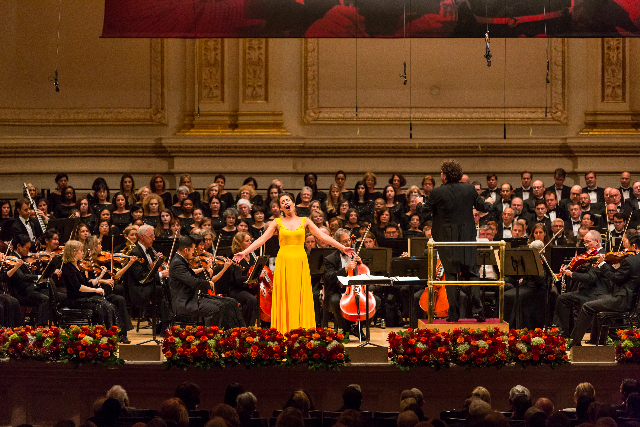 Nadine Sierra graced the stage in Donizetti and Bellini

Richard Tucker was a household name for Jewish New Yorkers.. Trained as a cantor, he was the first Jewish opera singer to become well-known. Even people who knew nothing about opera revered Richard Tucker and could sing or hum Vesti la giubba. He performed concerts at Lewisohn Stadium on the City College campus. A Brooklyn Jewish boy became the leading American tenor.

Tucker is honored annually at an event that returns to Carnegie Hall after an long absence. Singers and audience alike appreciated the splendid acoustics.

Tamara Wilson, this year's Tucker award winner, flew onto our radar at Ravinia for a concert performance of Don Giovanni under James Conlon in 2014. Her voice is natural, large and comfortable. Now it is also powerful and sweet. We noted then that she could do anything. She demonstrated versatility in Wagner, Verdi and Bernstein.

Kristine Opolais performed less demanding arias and did them very well. Her Moon Song from Rusalka promises a stunning performance at the Metropolitan Opera this season. Well-known favorites added satisfaction to the evening of All Star singers.

Lawrence Brownlee has a special place among tenors.  In his portrayal of Opera Philadelphia's Charlie Parker, he displayed his sensitivity as a singing actor who moves easily with the music.  His warm tones are particularly welcome in repertoire that demands an edge.  Watch for him whenever he performs.

Jamie Barton gets better and better each year. Her aria from Saint-Saens Samson and Delilah was so moving. many in the glamorous audience were brought to tears. Joyce DiDonato, Renee Fleming and Jose Camarena never disappoint.

Asher Fischer, the conductor, brought out the best of the A-One members of the Metropolitan Opera Orchestra. However he neglected to take into account that he was on stage with the singers and not in the pit. On three occasions, the orchestra drowned out the soloist.

In past years more of the selections included the chorus. This year there were only three. The New York Choral Society is so good you would like more selections which use them. The Tannhauser opening was particularly appropriate to what was going on in the hall and very exciting to hear.

The Richard Tucker Gala is like an all-star game of baseball. You'll never again see all these greats on one stage during the same evening. It's in this setting that one can see how Anna Netrebko stands out and why she is the darling of the opera world. She added an unrehearsed second aria because her husband had broken his foot and was unable to come.

Medici TV, a must for music lovers, broadcast the event live.  It will be on Medici.com for the next ninety days.
Back to Front Page Section Home