Breaking Through at Pasadena Playhouse 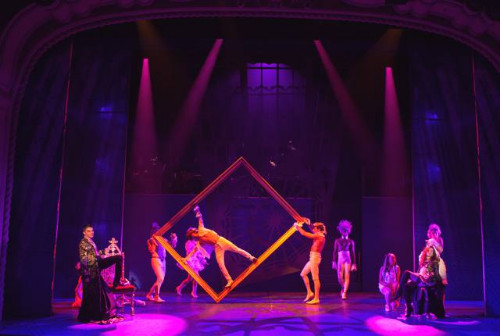 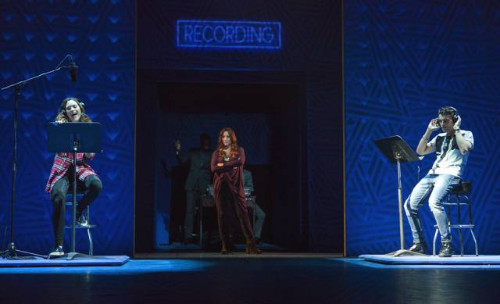 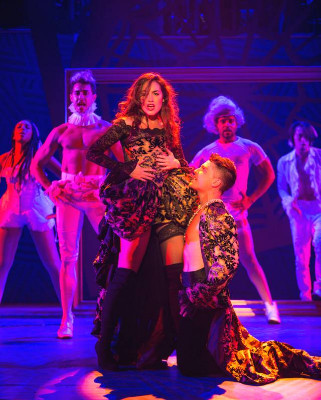 There are so few really good original musicals being written and produced these days. Money always plays a role in the decision to produce or not. So when a major Regional theatre like the Pasadena Playhouse schedules a show one looks forward to seeing a promising new storyline with a high powered cast.

It is only logical for expectations and hope to run high for a hit. It’s a bit disappointing then, when the anticipated ‘smash hit show’ falls into the category of a missed opportunity.

The world premiere of “Breaking Through”, a musical with a book by Kirsten Guenther and music and lyrics by Cliff Downs and Katie Kahanovitz, is now on stage at The Pasadena Playhouse under the direction of Playhouse Artistic Director Sheldon Epps.

Epps is one of the savviest directors working these days. He has a winning-track record; with musicals being one of his strong suits on Broadway and elsewhere.

His “Blues in the Night” and “Play On” productions received Tony Award nominations. But, even the best can only do so much when the original material, in this case, a weak book, bordering on a formulaic, soap-opera feel to the characters along with banal lyrics and text by Librettist Guenther, make “Breaking Through” an uphill battle.

The Faustian bargain-like story about today’s music industry business with its talented singers, songwriters, performers, and creative producers who sell their souls in order to grab the brass ring for a while along with those nasty sex-driven moguls is not new. Such a concept might appear at first, to be a great idea for a musical.

Others, however, have tried to capture the music industry in two acts this season in LA. The Geffen Playhouse fell into the same trap with its production of “Those Paper Bullets”.   Both “Breaking Through” and “Those Paper Bullets” stories failed to fully engage and the credulity gaps in both productions was a little too wide to overcome

Having said the above, however, the production of Breaking Through” is rich in performing talent. The character Charlie Jane, a talented, young, naïve singer/songwriter/performer who arrives in New York City to share her songs and feelings with America, is wonderfully played by Allison Luff. Luff, is a performer blessed with star quality and stage presence, along with a soaring vocal range and performing firepower second to none.

In strong support are Matt Magnusson as Scorpio, Jane’s co-star in the music video’s the two are making to publicize the record company’s line-up; Kacee Clanton as Karina, an about-to-be-washed up older performer (shades and echoes of the Norman Maine character of “A Star is Born”) in record Mogul Jed’s (Robert W. Arbogast) production company. Will Collyer as Smith, a young caterer in the building who is drawn to the sweetness and naivete of the young Charlie Jane provides her love interest; Nita Whitaker as Amanda, a guide assigned by Jed, helps Charlie learn how to swim in the shark-filled waters known as the music business. All of the singing performers boast strong voices. The beat and drive of the music is strong but the lyrics lack the bite and sophistication to elevate the narrative; moving it in a less predictable direction.

The creative team led by director Epps features solid technical credits. The playhouse theatre building may be 91 years-old but the technical components are state of the art. Scenic Designer John Iacovelli, Costumer Designer Alex Jaeger, Lighting Designer Jared A. Sayeg, and Sound Designer Peter Fitzgerald give the production a polished look. The orchestra under the baton of David O, delivers the beat and drive necessary for a musical featuring soloists and dance numbers. But that problematic libretto keeps rearing its intrusive head.

“Breaking Through” performs at the Pasadena Playhouse through November 30, 2015.