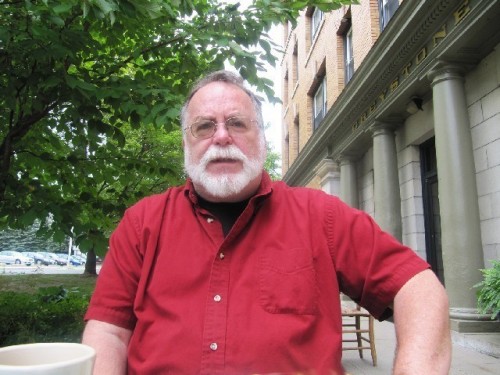 Barrington Stage Company announces that the acclaimed new play, The Best of Enemies, by Mark St. Germain (Dr. Ruth, All the Way and Freud’s Last Session), will be presented from November 27 through December 23 at New Jersey’s George Street Playhouse, 9 Livingston Avenue, New Brunswick, NJ.  For tickets call 732-246-7717 or purchase online at www.georgestplayhouse.org.  Opening night is Friday, November 30 at 8pm.

The Best of Enemies received its world premiere at Barrington Stage on the Boyd-Quinson Mainstage July 21-August 6, 2011.  The production starred John Bedford Lloyd as C. P. Ellis, Aisha Hinds as Ann Atwater, Clifton Duncan as Bill Riddick, and Susan Wands as Mary Ellis and was directed by Julianne Boyd.  Following its sold-out run in the summer, the production returned for a fall run October 5-16, Don Guillory joined the company as Bill Riddick.  The Best of Enemies was BSC’s most attended Mainstage play in the history of the company.

Inspired by the best-selling book by Osha Gray Davidson, The Best of Enemies is the true story about the relationship between C.P. Ellis (a Grand Cyclops of the KKK) and Ann Atwater (an African-American civil rights activist) during the desegregation of the Durham, NC schools in 1971. The Best of Enemies exposes the poison of prejudice in the hearts of Atwater and Ellis who, by facing each other, are forced to face the worst, and best, in themselves.

In 2009/2010 Barrington Stage produced the world premiere of Mark St. Germain's Freud’s Last Session, which moved Off-Broadway and played for more than two years. This past season there were two Barrington Stage runs of St Germain’s play about sex therapist Dr. Ruth All the Way.