2011 Post-Election Impact on the Arts 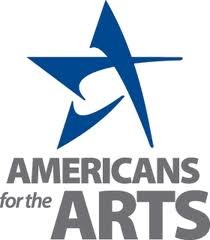 The 2011 election proved to be a fairly good year for incumbents. Many candidates who are supportive of the arts and creative economies within their state or region were elected into office.  There were only two gubernatorial elections this year. In Kentucky, Democratic Governor Steve Beshear won re-election over his republican contender. Earlier this year in May, Beshear announced the creation of a statewide cultural district certification program. In a press release for the initiative, Beshear said “My administration recognizes that a thriving creative sector is a powerful economic development tool and community revitalization asset,” Gov. Beshear said.  “This new program will further strengthen these assets, and Kentucky’s vibrant communities.”

In Mississippi, Lt. Gov. Phil Bryant is the Republican winner of the gubernatorial election, and will replace the term-limited Haley Barbour. He is a proponent of expanding the state’s film tax credit program which was launched this year, and co-hosted a film summit over the summer that focused on connecting the local business community to the film industry. Bryant will also preside over Blueprint Mississippi, an initiative launched during Barbour’s tenure that serves as strategic plan to revitalize the state, in part through the expansion of a creative and cultural economy.  Bryant had also been a proponent of the state’s Personhood Amendment, which failed with 58% opposition.

States with legislature elections were Louisiana, Mississippi, New Jersey, Virginia, and a special election in Iowa. It now appears Republicans will take party control of the Mississippi state House as well as the Virginia state senate. In Iowa, Democrat Liz Mathis won a special election to fill a state senate seat that was vacated when Governor Terry Branstad appointed Democratic Senator Swati Dandekar to an administrative position. The victory means that Democrats will maintain a razor-thin majority in the state senate.  Also of note is the ousting of Arizona Senate President Russell Pearce via recall vote, making him the first recalled elected official in state history. Pearce was the author of Arizona’s controversial immigration legislation, SB 1070.

On the mayoral front, incumbents dominated yesterday’s contests, and the arts appear to be in good hands in several large cities throughout the country. I’m also happy to note that three recipients of the Americans for the Arts Public Leadership in the Arts Awards won re-election: Mayor James Brainard of Carmel, IN; Mayor Michael Nutter of Philadelphia; and Mayor Joseph Riley of Charleston, SC.  You can check out full results of yesterday’s mayoral elections at the US Conference of Mayors Election Center.  Below are some highlights of key mayoral election outcomes.