Priscilla Queen of the Desert, (the musical). 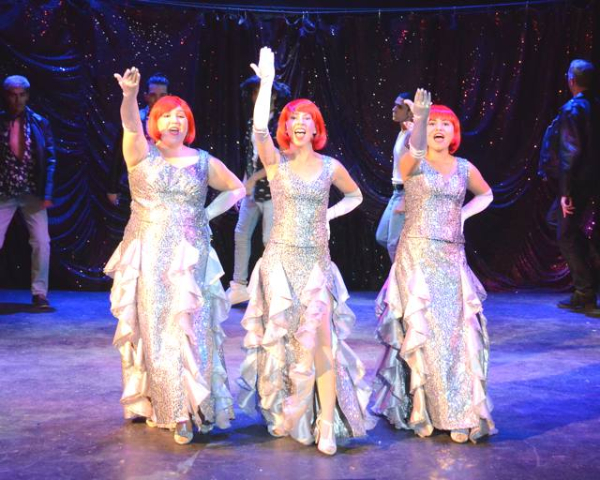 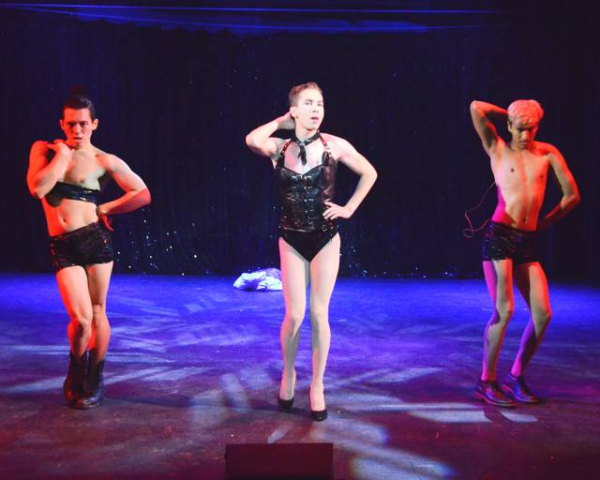 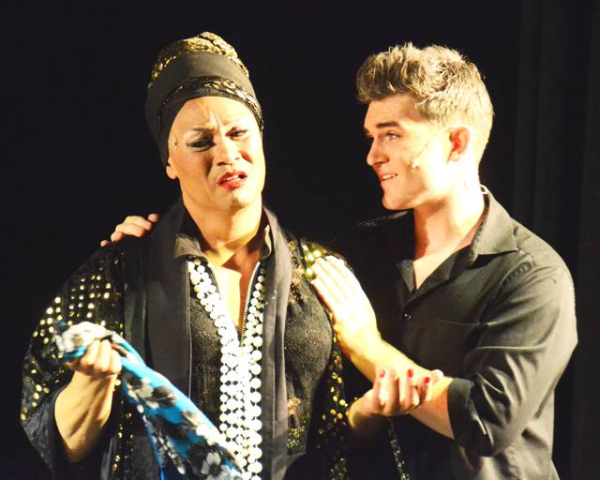 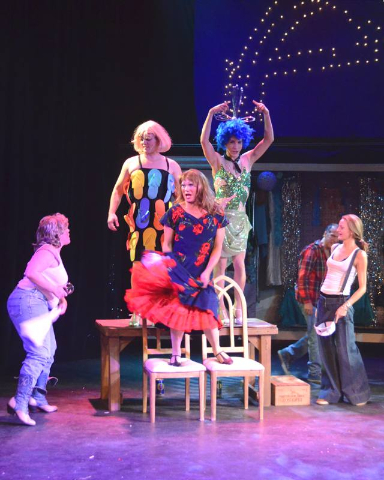 The Palm Canyon Theatre of Palm Springs has hit a home run with a glittering, kaleidoscopic stage full of twenty-five actors, dancers, and singers plus eye-popping costumes, and special effects with their current musical production “Priscilla Queen of the Desert”, (the musical).

Musicals are the specialty of the Palm Canyon Theatre (PCT) where they are sensationally produced and performed. PCT is now in its twenty-first year of providing quality entertainment to the Coachella Valley, presenting thirteen productions a year that include comedies, dramas, and special events as well as their signature musicals.

“Priscilla Queen of the Desert” (the musical), has a libretto written by Australian film director Stephan Elliott and writer Allan Scott.  The music and lyrics for this stage show is based on the 1994 Australian movie of the same name by Elliott and Scott.  When “Priscilla” became a stage musical in 2006, original writers Elliott and Scott teamed up again and are credited with the libretto, but the music and lyrics sung by the twenty-five cast members are the courtesy of various pop song composers and lyricists.  The sparkling production at PCT is directed by Scott Smith.

The libretto centers around two ‘drag queens’ (the talented actor/choreographer Anthony Nannini) as Adan Whitely, and (Nicholas Sloan) as Tick Belrose, and Bernadette Bassenger, their transgender woman friend played by (Ron Coronado) decide to take their ‘drag show act’ on the road to help out their friend Tick Belrose, who is seeking to reunite with his estranged son.  It’s a heart-warming, uplifting road trip adventure into Australia’s Outback country in search for love and friendship, where all end up finding more than they ever could dream of.

Tick has separated from his wife Marion (Chandra Smith) and has not seen his 12-year-old son Benji (nicely played by (Ben Van Dijk) in eight years.  Road trip adventures be they movies or stage musicals are always entertaining and are filled with twist and turns of the core story.  “Priscilla”, is a search for understanding and for redemption, where families and friends come together to celebrate life in all its human dimensions.

PCT’s lavish production of “Priscilla” is an early Christmas gift for those who enjoy colorful, toe-tapping, eye appealing, theatrical entertainment fueled by an off-stage, driving Disco-beat orchestra. It is led by Piano/Musical Director Steven Smith, and his talented, four-man orchestra of Dave Bronson on Guitar, Larry Holloway on Bass, John Pagels, on Drums, and Bob Scarano on Guitar who deliver the pulsating rhythmic sounds, that put the audience in the mood right from the get-go. The production features twenty-two songs and surprises that are cleverly folded into the musical numbers by director Scott Smith. The cast has lots of fun performing these moments.  My favorite moment comes with the “MacArthur Park” number.

It’s always difficult to list all of the names of large cast productions.  “Priscilla Queen of the Desert” has twenty-five members that make up this excellent ensemble, however, there always standouts in every show and they include: choreographer/actor/dancer Anthony Nannini who, once again, sets his professional, musical talent- bar very high indeed; Ron Coronado, Nicholas Sloan, Larry Martin as Miss Understanding, the Divas: Allegra Angelo, Sarah Hagar- Cox, Amber Mora, young Ben Van Dyjk, and Luke Rainey as Bob. They all offer solid support.

In the technical credits department led by director Smith, “Priscilla”, features a huge functional set designed by resident design wizard J.W. Layne that allows the 25-member cast to quickly and smoothly make their entrances and exits. It features the bus that plays a major role in the musical.

The Set-design by Allan Jensen and Kay Van Zandt floods the stage with their clever designs in order to let the audience see and appreciate the more than 40 + amazing and colorful costume designs by Resident Designer Derik Shopinski and his army of assistants.  Shopinski, is also in charge of the wig designs as well (where does he get all that energy?).  The Props are the province of Gaige Griffin and staff, and this list completes the creative team.  It takes a lot of creative artists to mount a production of this size.  But the payoff is definitely worth the effort.

The production “Priscilla Queen of the Desert (the musical) is being performed at the Palm Canyon Theatre, in Palm Springs and has already been extended one week and will now end its popular run on November 19, 2017.  For reservations and ticket information call the box office at 760-323-5123.