The Doctor in Spite of Himself at Odyssey Opera 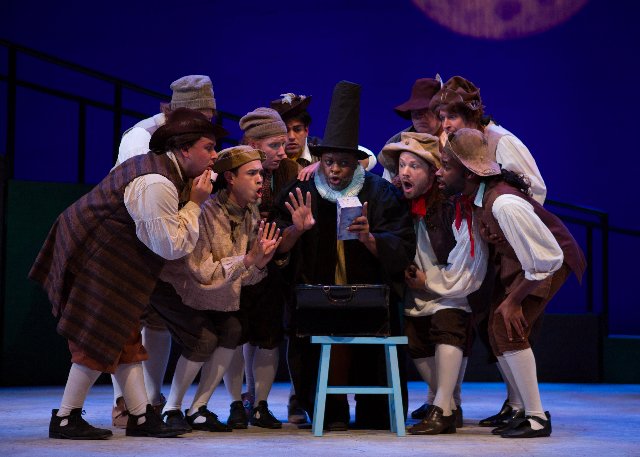 Odyssey Opera Presents Doctor in Spite of Himself by Charles Gounod 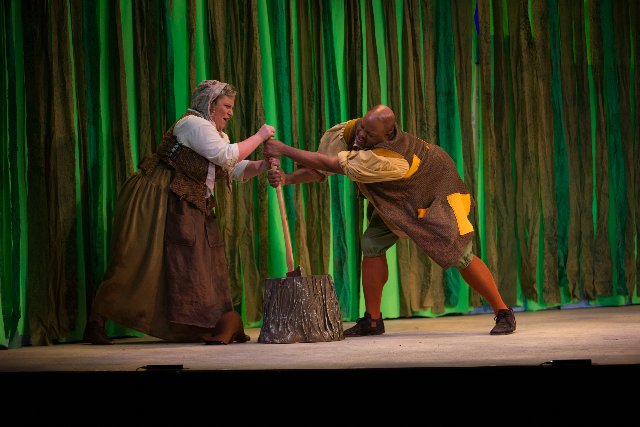 Whitney Robinson ad Stephen Salters fight it out in Doctor in Spite of Himself. Photos by Kathy Witman 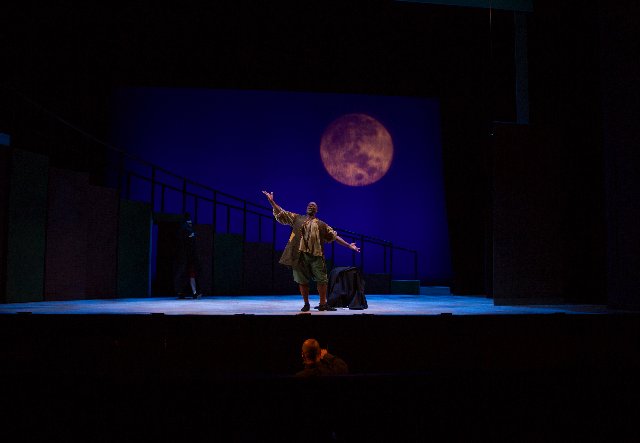 Stephen Salters sings by the light of the moon. 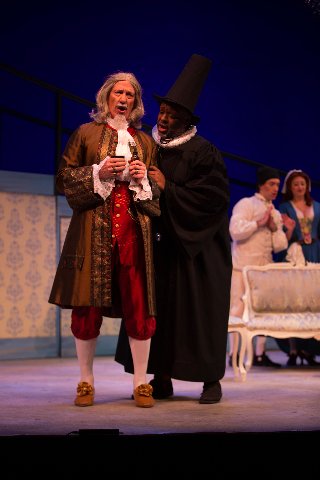 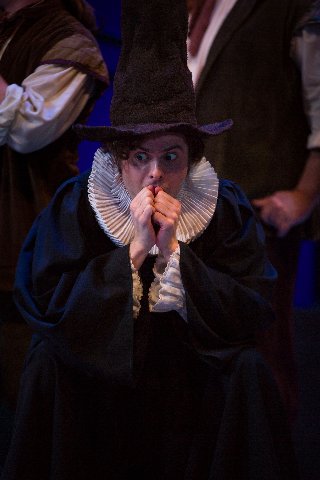 Piotr Buszewski, an arresting tenor, faking it as an apothecary.

Odyssey Opera mounted a terrific production of Charles' Gounod's A Doctor in Spite of Himself at the Huntington Theater in Boston.  Gil Rose, the inspired founder of this company, points out that critics often blame institutions for riding the coattails of a big birthday of an musical original. If this is so, why is Gounod's 200th not being celebrated. It turns out that it is, in Boston.  And Rose has sent out the invitations.

Choosing Molière as his librettist was a wise move on Gounod’s part. Ivan Turgenev's observation that Gounod did not have a gift for comedy was premature. The composer embraces Molière's satirical attack on the medical profession with gusto. So too does Odyssey Opera.

Each and every character makes his role a signature. In the opera’s first act, Whitney Robinson (Martine) is both sympathetic as a wife whose husband does not live up to life’s practicalities, and in fact has sold off all her furniture so they can survive. Robinson has a strong mezzo soprano that works well in battle with her husband, the compelling Steven Salter (Sganarelle), who seduces everyone in the opera with his charming voice and invigorating style. In a stroke of genius she decides to make her husband into a doctor. In the 18th century this was possible, because the upside of the profession was cure, and the downside, death, had no consequences for the physician.

At first Sganarelle resists his presumed elevation to doctor. Then he relishes it in every note, and also in a long disquisition in Latin, which impresses. So do unfamiliar quotes from Hippocrates. Curing the lovesick takes a special touch, and the doctor in spite of himself has it. Pietr Buszewslo (Leandre) sings the lover with a distinctive edge of steel and great warmth. The odd structure of the opera gives us his introductory aria out of dramatic sequence, but delivered to give great pleasure. He is a singer to watch.

As the object of his affections, Kristin Watson (Lucinde,) has a lovely voice too. However Watson is mute for too long, so that we don’t get fully to enjoy her ebullient soprano. Tascha Anderson is the nurse, and what a wild one she is. On top of everything and scampering across the stage, she manages to deliver a superb vocal line in the midst of laughter.

Eric Satie had been hired by Sergei Diaghilev to compose recitatives for the written dialogue that Gounod had kept in the opera. They are performed in the Odyssey Production. Although they are more jagged and choppy than the composer’s style, they fit well in the acting and gestures of Odyssey.

Gil Rose conducted the orchestra. He draws forth all the subtly of the Gounod score from his overture reminiscent of Lully, to the raucous tones suggested by the playwright’s language lifted almost directly for the opera. The chorus wove in and out of the story gracefully.

The set was simple but suited well. We entered the theater to a dashing royal blue sky and a sloping wall of greens and browns. A structural outline formed the woodcutter’s house. In one moment of the darkness, the wall’s covering was removed and voila we had a long descending staircase in the home of Geronte.