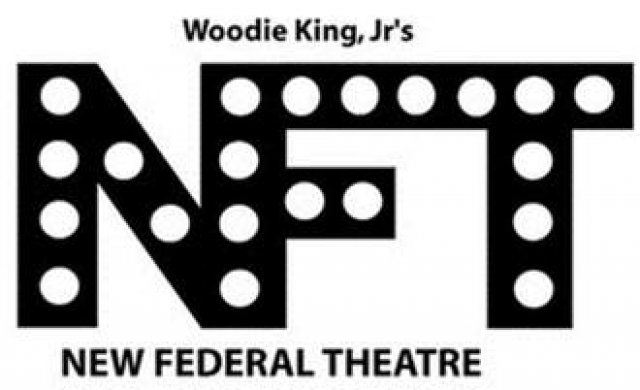 Woodie King's New Federal Theatre has dedicated its November Readings Series to the memory of the late playwright Ntozake Shange, who died October 27.

New Federal Theatre's close association with Ntozake Shange goes back to its 1976-76 season, when it presented the first production of "For Colored Girls Who Have Considered Suicide When the Rainbow is Enough."  NFT subsequently moved the play in a co-production with Joseph Papp to the Public Theater for eight weeks, then to Broadway's Booth Theatre (in a co-production). Woodie King then produced "Colored Girls..." in London, directed by Avery Brooks and in Australia, directed by Oz Scott.

This Ntozake Shange November Readings Series 2018 is devoted to brilliant one- and two-character plays, a dramatic form that most theaters neglect.  It will be used to develop African-American writers and to select plays that New Federal Theatre may present as full productions in its 2019-20 season.  The complete lineup includes works by Trevor Rhone, Howard Craft, Edgar Nkosi White, J.E. Franklin, Ivy Omere, Larry Muhammad, Richie McCall and Reginald T. Jackson.

Opening night, the play was “Two Can Play" by Trevor Rhone, directed with humor and touching struggles revealed by Clinton Turner Davis. Gloria and Jim, a lower middle class couple in Jamaica, are caring for an aging parent. When he dies, they are forced to face their decades long partnership head on.  Their three children have fled Jamaica for a better life in the United States.  They immigrated illegally and can’t be in touch with their parents.  Jim is particularly bothered by continual gunshots outside his window.  Gloria is tougher, but decides to figure out a way to get to the US legally.  She decides that marrying an American is the answer. In a surprising twist, it is. Michael Rogers (Jim) and Joyce Silvester (Gloria) find a way out of their dilemma in the end.  They are first-rate actors.  The play is an important window on the current immigration crisis in the United States.  The factors that prompt people to come to this country are humanized in this strong play.

Thursday, November 15 at 7:00 -- "The Day Mr. Kemper Talked To Us About Sensual Relations" by J.E. Franklin, directed by Eric Coleman.  Performed by Malika Franklin.  Based on the true story of a teacher who taught his pupils about sensual relationships and was fired for it in the 1960s.  J.E. Franklin is author of "Black Girl."

Friday, November 16 at 7:00 -- "My Story, My Voice (a one-woman play)" by Ivy Omere, performed by the author, directed by Passion.  The story of a young girl, child of Nigerian immigrants in England, who is cast out of her family into the foster care system and who later returns to navigate life in the troubled home of her own parents.

Saturday, November 17 at 2:00 PM -- Richie McCall in his solo play, "Me and Stepin," directed by Dathan Williams.  A struggling actor journeys through years of side-splitting frustration and disappointment on his way to Broadway and finds his true voice in the unlikeliest of places--the spirit of America's most "dissed" black film actor, Stepin' Fetchit.

Saturday, November 17 at 7:00 -- "Looking for Leroy" by Larry Muhammad, directed by Patronia Paley.  In this two-character play, a young theater intern and LeRoi Jones/Amiri Baraka debate fundamental questions of theater, aesthetics and artistic expression, weighing the added responsibility of artists of color.  Performed by Russell Jones and NSangou Njikam.

Sunday, November 18 at 2:00 -- "Baldwin's Nigger" by Reginald T. Jackson, directed by Anderson Johnson. A two-character play about a fictional meeting between James Baldwin and a Jewish activist named Ezra who comes bearing money for the Civil Rights movement but then refuses to leave because of his intense interest in Baldwin. What transpires is a scandalous and informative evening. Jonathan Newberry will read James Baldwin and Chris Harcum will read Ezra.

The series, now in progress, runs through November 18, with readings of eight plays at Castillo Theatre, 543 W 42nd Street. Admission is free.