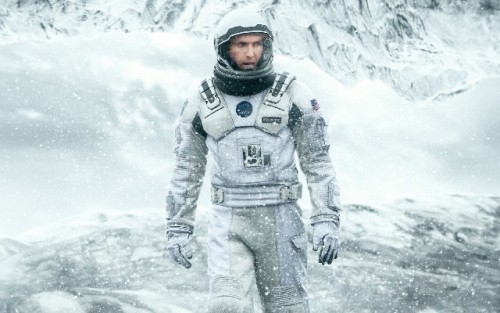 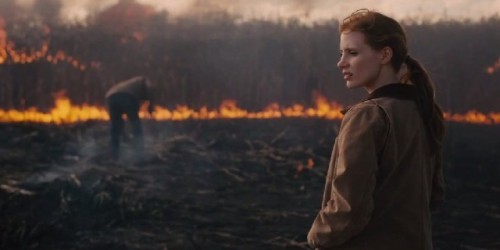 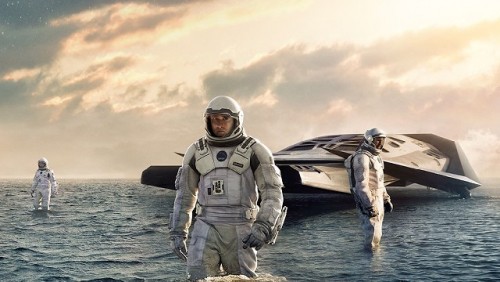 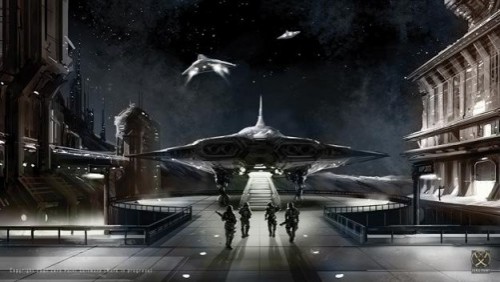 The film opens with a claustrophobic shot of a bookshelf covered in dust. This approach repeats throughout to the viewer’s simultaneous pleasure and overwhelming anxiety. Christopher Nolan’s feature Interstellar is science fiction fluent in the potential for great ideas and the humanity of the genre.

Problems of global sustainability and having enough food project the viewer into the film’s near-future vision of the world. Cooper (Matthew McConaughey) is a former astronaut who, with his daughter Murph (Mackenzie Foy), finds a NASA station while looking at some coordinates found from what’s called, in the film, a gravitational anomaly.

At the NASA station, Amelia Brand (Anne Hathaway) and Professor Brand (Michael Caine) ask him to fly a spacecraft into a wormhole which will transport it and the crew to another galaxy where some possibly habitable worlds exist.

Murph has a difficult time saying goodbye to her father and there is the problem that on these habitable worlds, time is different: one hour is the equivalent of seven years for people on Earth.

What the camera views in space is terrifying and beautiful while appearing completely authentic. Just before the crew arrives at the wormhole, the shots of the rings of Saturn in the absolute silence of space don’t prepare the viewer for the takes inside the wormhole. Hans Zimmer’s score isn't particularly enhancing. It is impossible to compare it with the scores he composed for The Batman Trilogy and Inception. The music is problematic because it has a special application within this film as an embodiment of the terror that space and separation has form humans.

What is most worrisome about the film is how the dialogue almost reaches a point of realism but entails platitudes and unremarkable but easily understandable sentences. The movie takes on some very challenging ideas and the dialogue is not suited for it.

According to Matthew Muller’s story on indiewire.com, Nolan found some inspiration in Tarkovsky’s work. The dialogue in Solaris is much more apposite for a film as philosophical as Interstellar. That’s not to say that McConaughey and Hathaway have to start talking like philosophers. They need to talk like who they really are. The characters need to convey that they are experiencing something unique and feeling emotions that are so overwhelming that they are overwhelmed by them.

The film, at almost three hours, does not feel long or drawn-out but keeps the intense interest inherent in the premise of the film. The trope of a central conflict (the conflict here being saving the human race or creating an alternative Earth on the other side of the wormhole) drives the film and pushes the spirit of imagination, science, and exploration to the side.

Interstellar tries to abandon cliches of science fiction films. It adheres to its vision but it doesn’t let go of the central conflict trope. Unfortunately, that is the biggest fault of the film.

In the Berkshires Interstellar is playing at The Beacon Cinema until November 20, at the Regal Berkshire Mall 10, and The North Adams Movieplex.