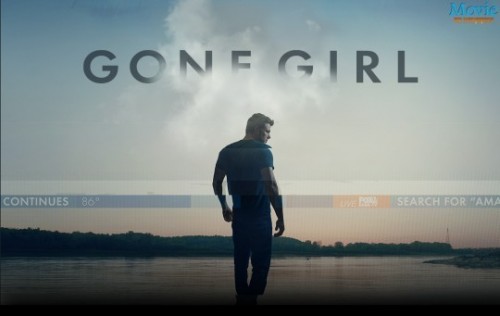 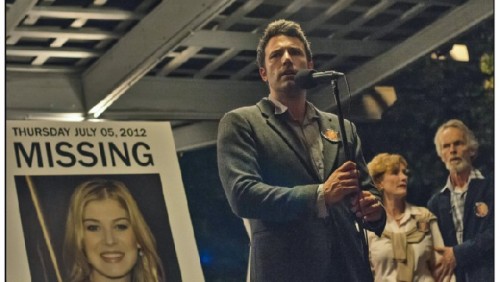 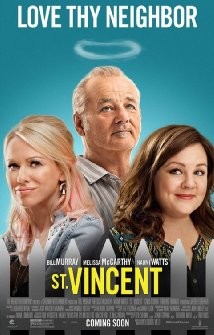 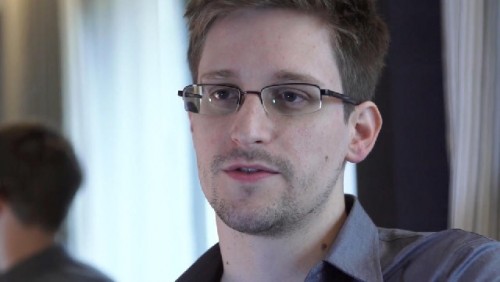 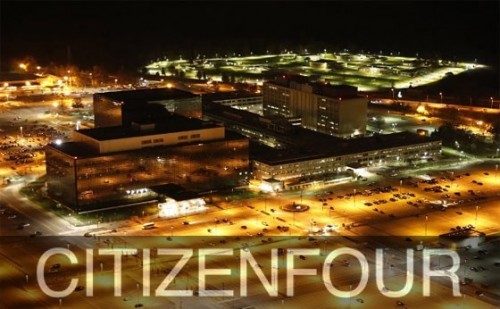 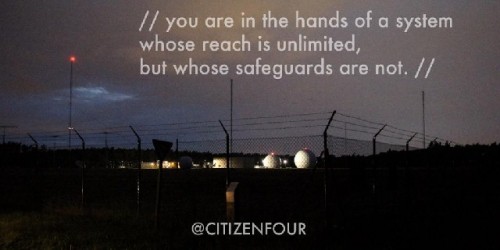 I got a call this week from my oldest friend who lives in my old hometown of Chicago (brrrhh).

“I thought you were both a theatre critic and a film critic. Why haven’t I seen any film reviews of yours lately?” he playfully needled me. “There aren’t that many films worth investing a couple hours in a darkened, near-empty, theatre these days”, I replied. But my answer to his question started me thinking about today’s movie market and its content.

In a desperate effort to capture both audiences and market share of an ever-changing demographic, a lot of “product” has to be thrown against the movie screens to find out which genre sticks. Niche marketing works on a small scale, for some, but trying to predict what a worldwide audience will take to its heart 18 months in advance, well, that is a crapshoot that has disaster written all over it. Forget quality. In today’s world of $100 and 200 million dollar budgets, filmmakers only get one or maybe two shots at it. Thus, the “safe” and less risky films are what’s being produced and screened. It’s a “Hobson’s Choice” dilemma. Here are three “mini-reviews” of films that have been released within the last 30 days. They are in no particular order.

“GONE GIRL” – A mystery/thriller written by Gillian Flynn, based her novel of the same name.

“Gone Girl”, starring Ben Affleck and Rosamund Pike is a mystery-thriller, directed by David Fincher that has the best chance of beating those formidable box office success odds I mentioned above. But even with that being said, the finished product leaves a lot to be desired. The lengthy story (two and a half hours) which we all kinda get anyway, boils down to how believable and how much willing suspension of disbelief we are prepared to accept in this shaggy dog story of a mystery/thriller. For me, it became the overriding issue. It almost ends three times along the way.

The story begins as a mystery about writer Nick Dunne (Ben Affleck) whose wife Amy (Rosamund Pike), a successful author of children’s books, has gone missing on the couple’s 5th wedding anniversary and suspicions begin to point to him as somehow being involved. I kept thinking I was watching a “Fatal Attraction” remake. Without a spoiler alert – there may be a patron who hasn’t seen the film yet – let’s just say Pike’s wonderful Hedda Gabler-like personality traits also has a lot of Glenn Close’s Alex Forrest tenacity as well. Affleck has his moments, but most of his performance easily could have been phoned in.
The film has a solid cast that includes: Neil Patrick Harris, as one of Amy’s old boyfriends; Carrie Coon as Nick,s twin sister Margo; Kim Dickens as the police inspector in charge of the missing person case; Tyler Perry as Tanner Bolt, Nick’s defense attorney; and Sela Ward, in a cameo appearance as a TV show Host.

Most are wasted in roles unworthy of their talents. The roles could have easily been cast from any of the many police procedurals found on TV these days. The bottom-line on “Gone Girl”, despite box office numbers of over $ 90 million to date is that the film failed to engage me in the story with any measure of believability. Hey, different strokes for different folks. One thing for sure, it isn’t a “Psycho” or a “Fatal Attraction” either.

“ST.VINCENT” – A comedy written and directed by Theodore Melfi.

“St. Vincent” is a feel good Bill Murray movie all the way. It’s hard to visualize anyone but Murray playing the part of quirky Vincent McKenna but quirky Bill Murray. The Chicago area actor (he was born in Evanston, a Chicago suburb) brings his earlier Saturday Night Live TV and “Ghost Busters” movie experiences to the role of Vincent, a drunken, gambling, war veteran retiree who gets recruited by his new next door neighbor Maggie Bronstein (Melissa McCarthy) a newly-minted single mom who has asked Vincent to watch over her slightly-built, 12 year old son Oliver (wonderfully played by Jaeden Lieberther) during the day when she goes to work as a Nurse/technician in a hospital MRI unit.

Vincent has fallen behind in payments due to Doak, his regular ‘lady of the night’ (a leggy, sexy Naomi Watts lumbered with a heavy Russian accent) for service rendered. His bookie (Terence Howard) is losing patience, as well, for non-payment of past gambling debts and sends two wise-guy collectors to prod Vincent into paying up. After a trip the hospital for a couple days, Vincent comes to the conclusion that a second job to pay off his debts is probably a good idea, and he accepts Maggie’s offer regarding Oliver.
This decision sets in motion a series of scenes where Vincent takes Oliver to the race track in an effort to pay off his debts quicker. There are also scenes at Oliver’s Catholic High School during the day where we see him being bullied by his fellow students. Vincent to the rescue in teaching Oliver how to fight back, etc. If this scenario sounds familiar that’s because it is and it’s standard operating procedure in bonding films.

Instead of Clint Eastwood squinting menacingly or giving everyone steely-eyed stares as in “Gran Torino”, Murray doesn’t scare anyone he just amuses everyone. It’s not all predictable silliness, however, Vincent has a wife in a home for Alzheimer and dementia patients for some time. This is when Murray allows us to a get a peek into Vincent’s dedication and compassion for his wife of many years. Murray always manages to surprise audiences in his movies by delivering, poignant, and at times, unexpected finely judged performances that resonate with us “normal people”.

A series of penultimate scenes explains the film’s title. Each student has been asked to write an essay about the lives of Catholic Saints and why they chose that saint. It should come as no surprise to find that Oliver chooses Vincent McKenna as his “Saint” and why he selected him. It’s a moving and an emotional scene as it should be, and as The Bard of Avon, said in his plays “… All’s Well, that Ends Well”. Well, not quite, Murray as the new and lovable lug “St. Vincent” doesn’t take his new title very seriously. It may be lightweight fare but it does entertain for fans of Murray.

“CITIZENFOUR” – Is a documentary/drama film produced and directed by Laura Poitras.

“CitizenFour” is the first documentary film concerning the explosive Edward Snowden/ NSA spying-on-US-citizens affair to be released. The embarrassing expose of “uber-government oversight” concerning spying on millions of US citizens and foreign nationals by the National Security Agency hit the worldwide airwaves last year and still has traction as a subject matter despite the distractions of Isis and Ebola.
There is no doubt about it. We live in a complicated, Byzantine-like Global Community whether we’re dealing in commerce, culture, or good old fashion espionage where governments spy on one another in order to gain that all-important advantage. As US citizens, we expect our government to engage in that practice as well. However, the resulting bombshells leaked by whistleblower Edward Snowden, a former National Security Agency computer whiz, revealed that our government was illegally spying (without required warrants) on millions of us as well.

Snowden has been demonized as a traitor by many for what he did and praised by others as a whistleblower with principles and a person with a conscience. What documentary filmmaker Laura Poitras, Guardian journalist/ reporter Glenn Greenwald (who broke the story), and Edward Snowden agreed to do was record Snowden for eight days in a hotel room in Hong Kong in order to get his story on record before the government spinmeisters could put a national security label on the affair, thereby protecting the ongoing practice.

Despite one’s political positions, the powerful and revealing documentary captures, on film, Snowden and Greenwald discussing motivations, consequences, and a host of geopolitical ramifications. One can feel the tension, the sense of urgency, and secrecy surrounding, not only the most wanted man in the world, but the two individuals who were documenting his story. Poitras’ camera lingers long and up close allowing us to see the pressure and strain that Snowden is experiencing since bolting from the United States, without telling anyone, even his live-in girlfriend. He secretly went underground; surfacing in Hong Kong days later and carefully contacted the two people he trusted: journalist Greenwald and filmmaker Poitras.

Surprisingly, there are no visible horns protruding from Snowden’s head. We’re scrutinizing a 29 year-old, computer whiz, who is both intelligent and articulate and a person who fully understands what his actions have unleashed. Producer/director Poitras uses existing TV video footage of American and NSA government officials testifying under oath and denying the existence of such events ever taking place. There is an extensive press conference that takes place in Rio De Janeiro, Brazil conducted by Greenwald in Portuguese, outlining for Brazilian TV and their government officials what the Snowden leaks and its implications mean to the people of Brazil.

The focus of the film is Snowden, but there are others who are just as important. The film could not have been made without Guardian (UK) newspaper reporter Glenn Greenwald and his editors in London. Greenwald earned the complete trust of Snowden and became part of the creative team along with Poitras in telling Snowden’s story. The documentary is augmented by movie techniques that gives the film a motion picture feel and look. Without that input, the film could have become a dry “talking head” format that wouldn’t have had the impact “CitizenFour” delivers. (“CitizenFour” is also Snowden’s code name). It’s a fascinating documentary.

All three films are now in general release in a theatre near you.