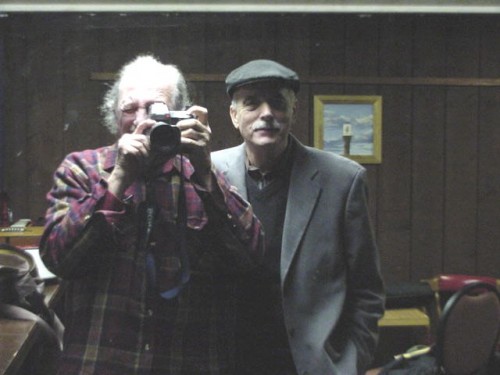 Jim said if we stand in front of the mirror I could get both of us... 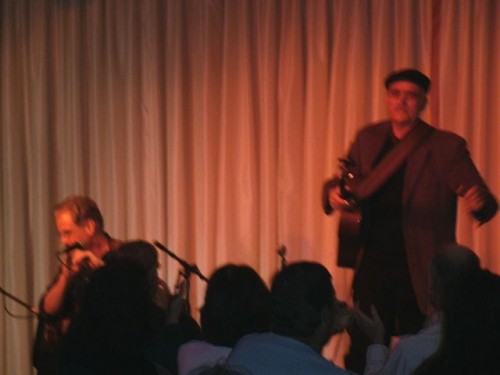 Settling in on stage 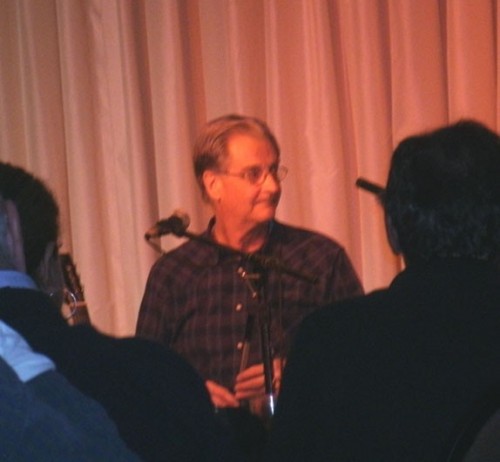 Geoff is taken aback by an assertion of musical history just pronounced by Jim. 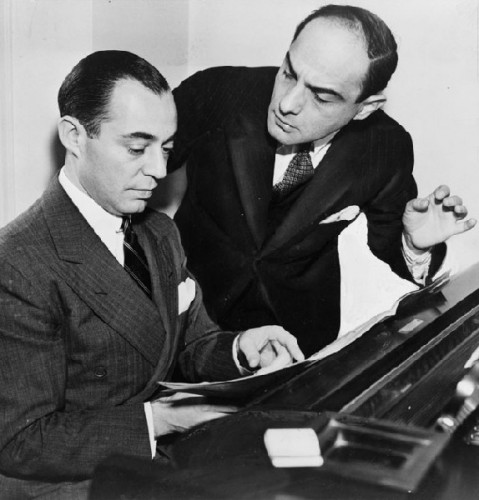 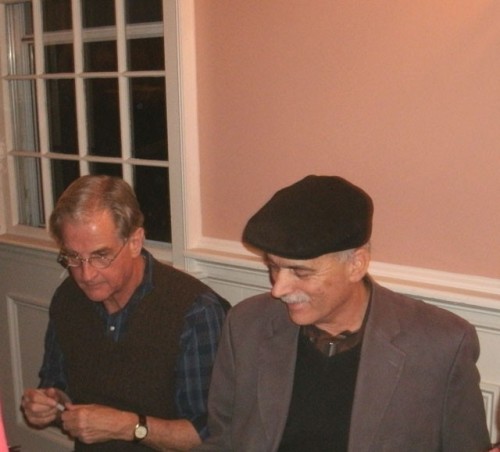 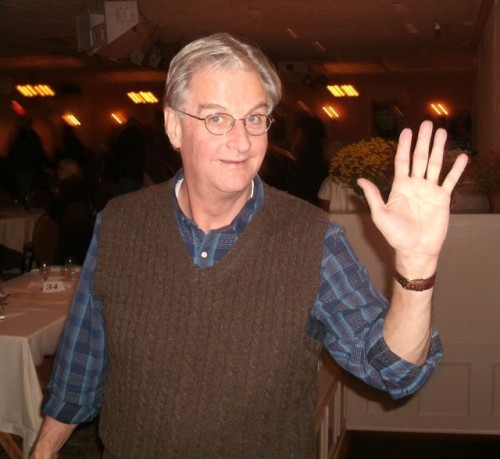 Geoff waves hello to all his old friends and fans

Geoff Muldaur & Jim Kweskin on stage at the Bull Run

My GPS lied to me as I tried to find the Bull Run restaurant in Shirley, MA, where Geoff Muldaur and Jim Kweskin were performing together. When it, the GPS, said I was there, clearly I was not as there was nothing but darkness and trees for as far as I could see. Fortunately, I had plenty of time and it was not the first time my Mio had prevaricated. It constantly tells me I am home when I am still a half-mile away. I knew I had to be in the vicinity and continued looking for clues. Sure enough, a few minutes further along the road, lights and the unmistakable image of a bovine form perched high, told me I was there.

As is evident from the above, this was my first visit to this venue and I found it warm and welcoming. I introduced myself to host, George Tocci, and he led me to a large room filled with tables bracketed by a kitchen bar on one side and a small stage on the other.

I asked George if I might make my presence known to Jim and Geoff before the performance and he responded that he would check with them and let me know if they were available.

A few minutes later I was ushered into their below-stage room and was warmly welcomed by both. We caught up on 40 years of in-between as much as possible in the frenetic moments that always precede a show. I scooted back to my table, ordered from the menu, and sat back ready to hear what they had to offer these days.

Their program was quite different than I might have expected if I had thought to speculate beforehand. It was far more interesting and engrossing than I would have anticipated.

Both Jim and Jeff have always been students of the music they performed and the selection they proffered in their incarnation as the Kweskin Jug Band revealed only a narrow part of the body of work their interest embraced. This night we got a much broader view of that interest with annotations.

With the round of applause that erupted as Jim introduced his first song, with a mention that he had learned it from Peter Stampfel, it was clear that the audience was knowledgeable and enthusiastic and Jim launched into “Blues In The Bottle.”

Geoff followed with one of his signature renditions, Lonnie Johnson’s “Jelly Roll Blues” and we were all ensnared. Yes, the voices showed some wear and tear, moderated from what we once knew, but were  as expressive as ever and the accompaniment by each of the other was the perfection that only comes with two musicians who know each other’s minds so well that it is second-nature.

The badinage was engaging. Jim was the serious lecturer, Geoff the provocateur and congenial but learned clown.

Together they paid tribute to Lonnie Johnson, Dock Boggs, Vera Hall and many times to Harry Smith’s seminal preservations of American root music on his Folkways recordings.

So eclectic was the variety that Jim went so far as to include, with great praise, a Richard Rodgers tune.

The audience, and yes, there might have been one or two not yet collecting social security, responded raucously to each offering and demanded, with a standing ovation, an encore.

A few minutes after the performance was over, Jim and Geoff returned to the room and a table stacked with their most recent recordings. They chatted genially with the crowd who had remained to personally offer up their appreciation for the night’s entertainment and that of decades past.

Chatting briefly with George Tocci on the way back to my truck, I asked him if the audience was local. He told me that he found them to be from as far away as CT, RI, NH and VT as well as widespread communities in MA.

I drove home thinking about how pleasant the evening had been, and savoring the memory of old friends and what had been the best hamburger and fries I have had in years.