A Shamanic Journey Across the Sonic Landscape 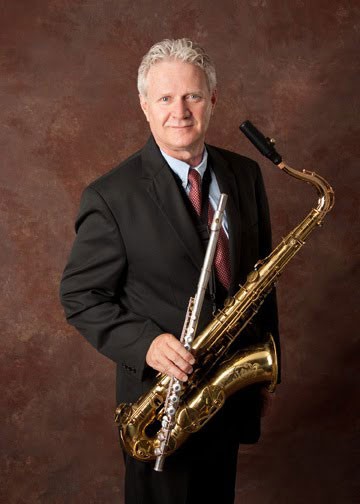 Multi-instrumentalist Joseph Brogan. As the onstage banter with Case’s ensemble Love and Light turned, for Brogan, on themes of relevance and durability, he found that he wanted to leave an imprint. 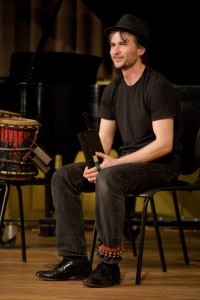 In composer Martin Caseâ€™s view, Brogan’s desire to leave behind a set of sonic markers called for a shamanic journey.

If an ordinary day consists of turning toward and revolving away from the source of light and power. If a year describes a single pivot around the relative position of that source. If a month means the push and pull of planets locked in a dance that overlaps the time signatures of other sequences; then what—in the life of a single human, in the meanderings of a tribe or in the blooming of a civilization as complex and fragile as a single flower on a vine that counts its seasons in rings of widening influence or in a winding stair of photosynthetic opportunism, simultaneously rooted and dependent? What, then, is the role of the shaman? Of the pilgrim? Of the lonely seeker armed with a flute and a saxophone?

After more than three decades spent passing the grammar of music down the generational ladder as an educator in Southbridge and Ipswich, Massachusetts, as Director of Fine Arts for Dedham Public Schools and Director of the Babson and Olin College Jazz Ensembles, performer and recording artist Joseph Brogan, now in his early sixties, has a couple of decades on Boston composer Martin Case.

The two men share an early training at Berklee College of Music and the saxophone as a gateway instrument. Case, whose approach to composition and performance is grounded in the shamanic traditions of West Africa and the Amazon, regards Brogan as a tribal elder in the ethnic jazz ensemble Love and Light. “We speak the same language,” says Case, but by that he means more than the lingua franca of music; he means the specific, technical dialect spoken at Berklee—a manner of speaking that contributes to Love and Light’s easy-going, hard-knocking, Eastern seaboard sound.

As the onstage banter turned, for Brogan, on themes of relevance and durability, he found that he wanted to leave an imprint of his personal journey across the musical landscape, a summation of sorts, or at least a series of markers, a way of saying, “I was here. This is what I did.” In Case’s view, that called for a shamanic journey. The dialogue resulted, last summer, in a shared vision that is planetary in scale and timeless in scope. Conceived as a ritual walk through musical space, Awakening navigates to places and times as far-flung as the longings of the human heart.

We set out from and return to a public park or garden—a space set aside, held as sacred as any space can be held, it seems, in the modern world. In the mirrored and bracketing tracks called “Sunrise” and “Sunset” respectively, a small society of human voices hangs out, playful but intrusive (the only English phrase we can make out for sure is “out of control”), until an insistent rhythm sets up a trance state that sets the tone for the rest of the journey. At every turn, we are reminded that we inhabit a water planet, that each of our journeys will begin and end at the water’s edge. Ageless, sacred, cleansing water permeates our experience.

The chief protagonist on this ride is Brogan’s flute, whose presence arises from and sails above a ground that Case has stretched out before us. The woodwind’s currents are shaped by and, in turn, gently but insistently reshape the valleys, peaks and grottoes it encounters. The soul’s journey is perilous and full of yearning; still, the miracle here rests in the innocence of integrity, in blithe oblivion, in a spirit wise in spite of itself. When the waters are troubled, the culprit, it seems again and again, is the ruffle of a refreshing breeze, a healing breath. In the second track (“Meditation,” originally titled “Water-bather”), the human spirit is washed repeatedly, its home planet baptized in the rush and shimmer of waves and the promise of a drenching rain. Later, in “Immersion,” the register is so high and the flute’s repeated tripping down a scale with no visible bottom is so insistent that it brings to mind a series of evaporating waterfalls. (Fans of James Cameron’s “Avatar” may recall the floating Hallelujah Mountains of Pandora.)

The trance deepens on the pizzicato rhythm of “Flight,” where the plucking of strings takes on the hypnotic function of the bell patterns in West African percussion: namely, to bring down the guarded mind, to scatter linear thought. The cello’s song of gravity would overwhelm us with its mournful irony, were it not for the buoyant indomitability of Brogan’s flute.

We are bathed again, this time in a high-frequency pattern of light waves, before the journey carries us into the more uncertain territory of “Deep” with its insectile chittering, its complicated clockworks, its disquieting bumps and rumbles. The deep granularity of the saxophone carries the day and sets the stage for a descent into a dark cry of the heart in “Re-entry.”

If most of the spaces we traverse with Brogan and Case are transcendent and accessible through the induced and altered state of ritual or shamanistic trance, we occasionally find ourselves back on our feet and in our own skins. No coincidence that the sexier, more adulterated human voice of the saxophone takes the lead in the urban groove and neon sizzle of “Dance” and again in “Re-entry.” It is our connection to the dark, after all, that haunts us and, strange to say, fortifies us for a return to the light of common day.

Awakening is conceived as a meditation, a means of carrying us out of the world and into ourselves. It represents, as well, a reflection on the nature of time. Witnessed as a day in the life or, by extension, the span of life from sunrise to sunset, writ metaphorically large, it is a path best walked from beginning to end, the pauses between tracks experienced as pivot points that open onto new vistas, each one as compact, yet expansive in space and time, as a Japanese garden.

Awakening, by Martin Case and Joseph Brogan is available at https://itunes.apple.com/us/album/awakening/id730986590