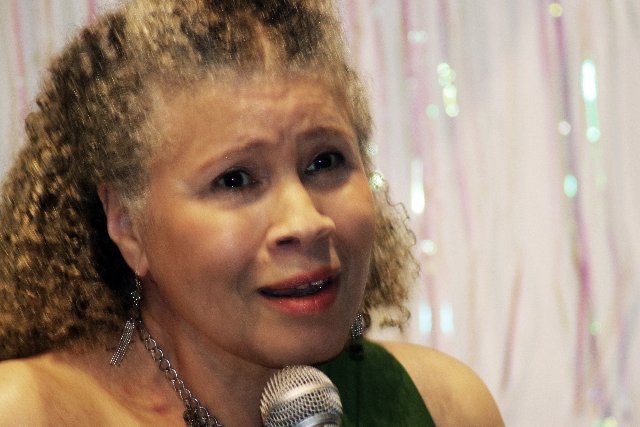 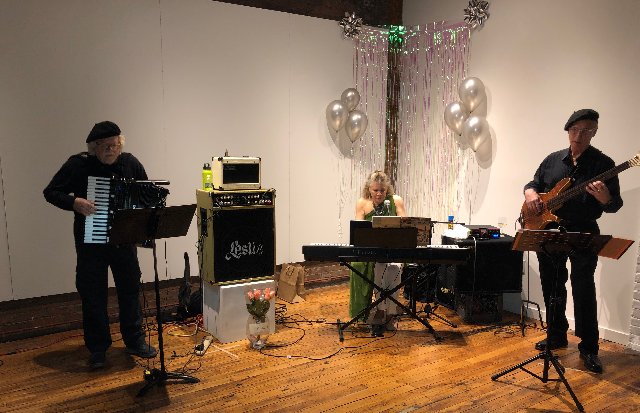 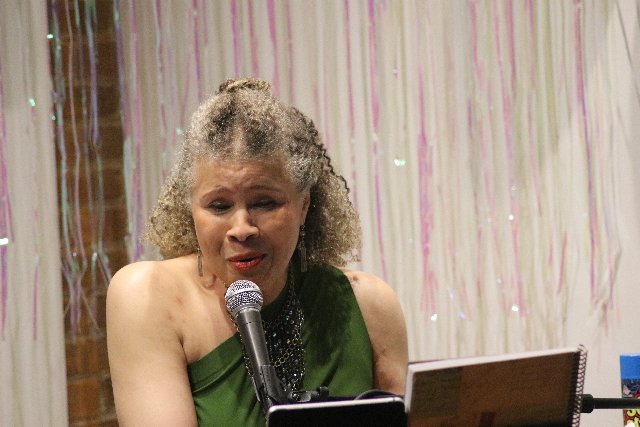 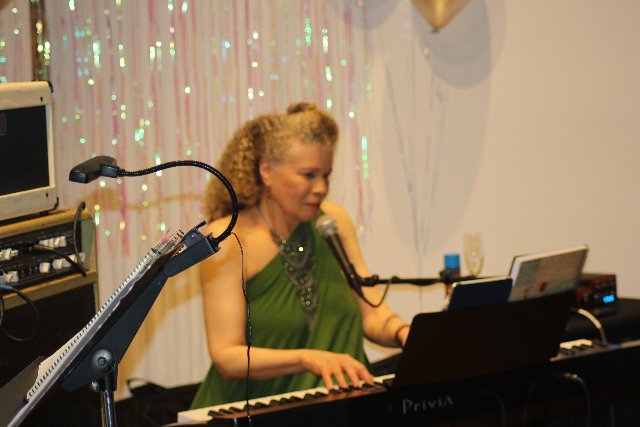 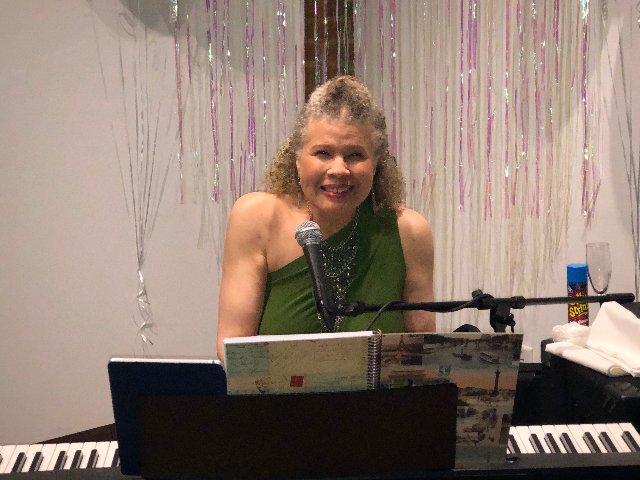 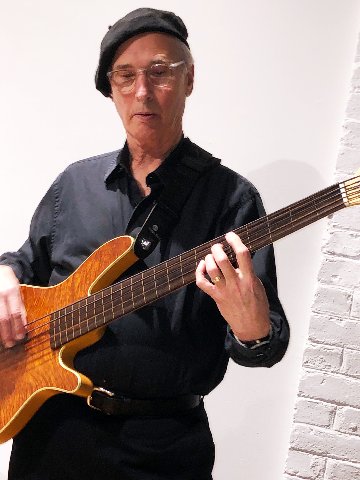 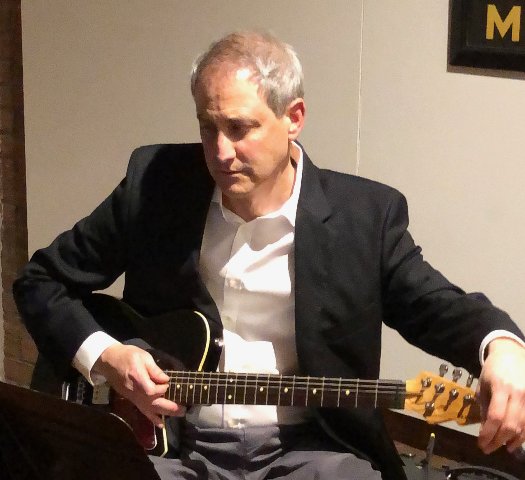 Mick Choder getting in tune. 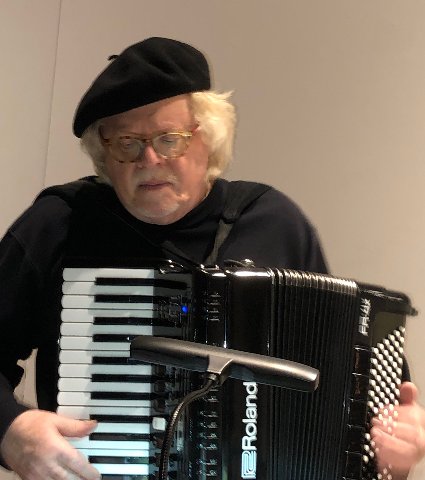 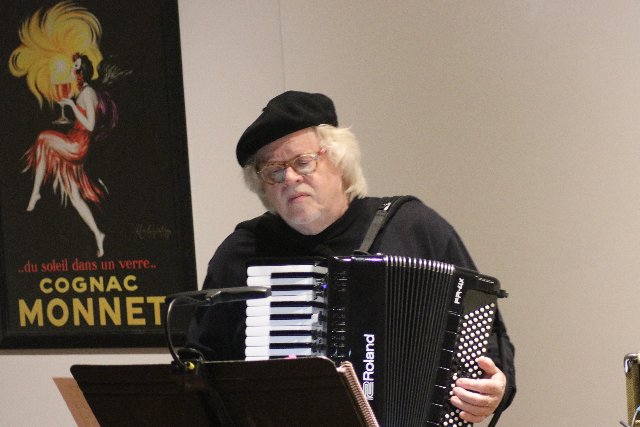 Keeping up with the changes. 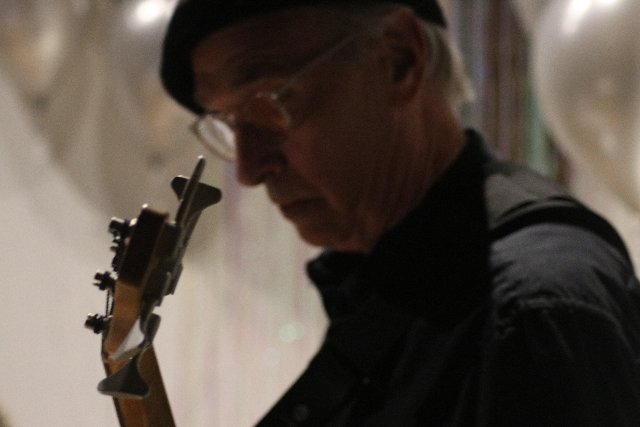 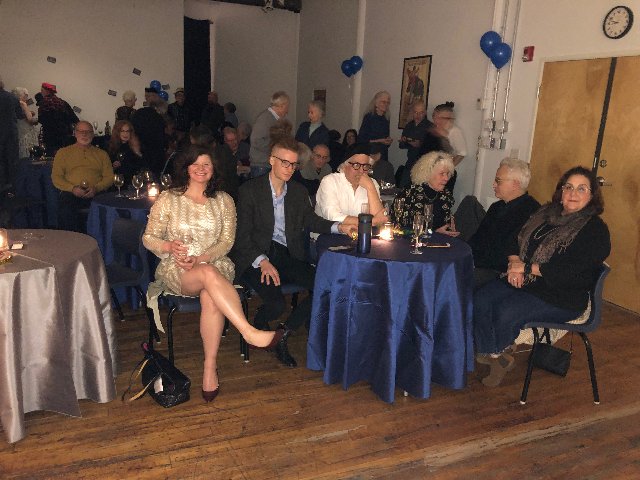 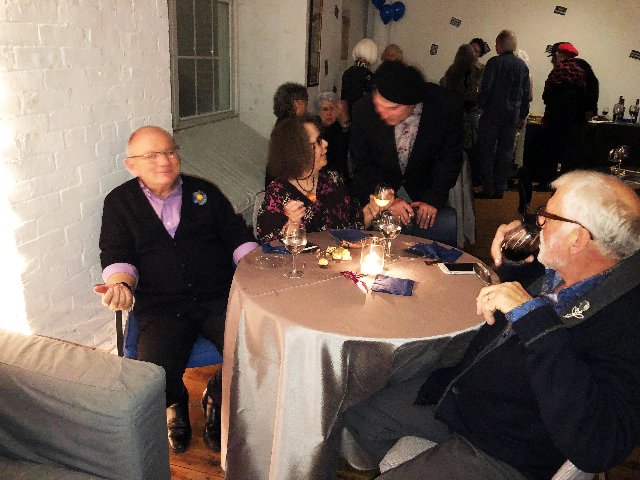 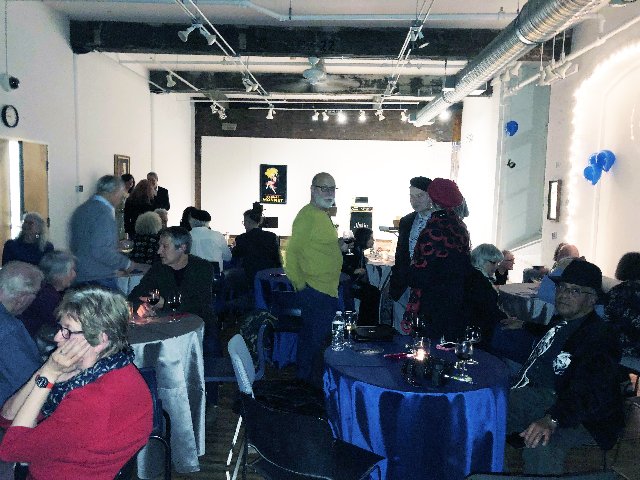 From back of the room. 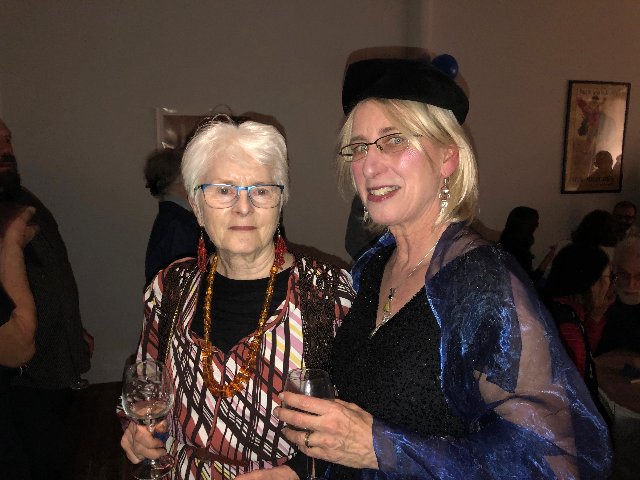 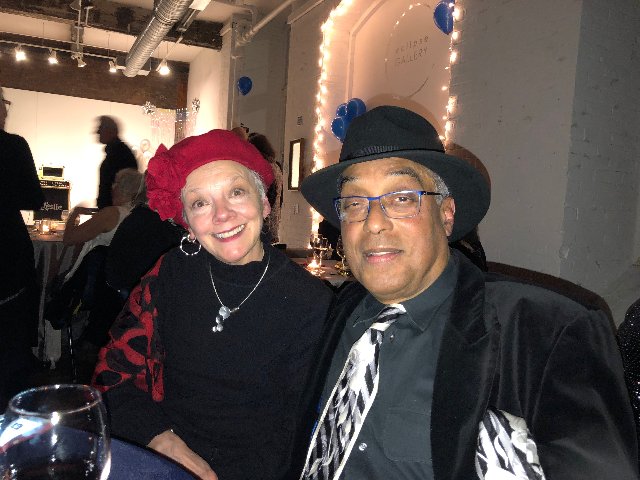 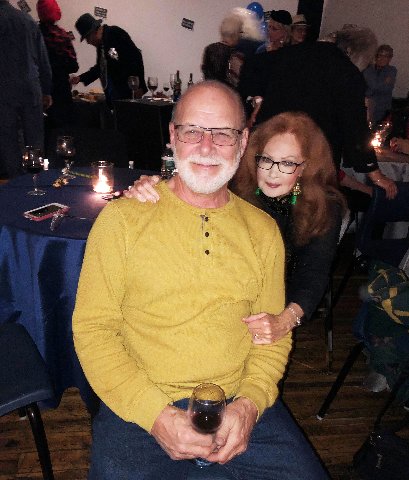 Bob and Pennie booked it from New Jersey to make the gig. 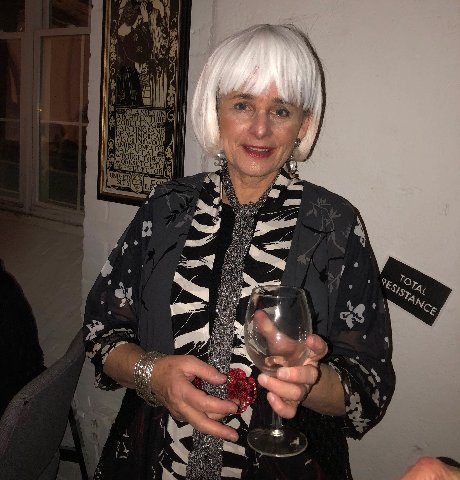 Literally, it was standing room only last night in the gallery of the Eclipse Mill in North Adams.

Friends and neighbors packed the room for an evening of cabaret.

At the keyboard chanteuse Michelle Wiley alternated between French and English torch songs.  During two long sets we heard everything from selections of Edith Piaf to Irving Berlin.

Early on she announced that “This is a party and not a concert.”

The gallery was dimly lit with candles on tables. It evoked the ambiance of a left bank,  smoky café. Although there was no smoking. But some patrons and aficionados of Apache music and Montmartre bohemia were toking and vaping in the rest rooms.

There was champagne on the bar but I was looking for the green monster, absinthe, poured over a sugar cube in the traditional manner.

The performance began at 7:30 but I arrived early to score a table. It was almost too late as some were reserved and others were occupied. Putting my beret on the table to claim it I scrambled to find two more chairs. They were getting scarce.

Then I had to vigorously guard our precious seats. Astrid made a grand entrance. Our artist friends, Bob Morgan and Pennie Brantley, driving from a day in New Jersey, nailed down their seats. Later my consigliere Robert Henriquez and Lisa Avery, both in fine feather joined us. I was much relieved when our circle was complete.

We settled back to enjoy the wonderful music. Michelle was joined on the bandstand by multi-instrumentalist Opie O’Brian with Carl Oman on bass. Later they were joined by a guest sitting in on guitar. She told me that "My dear friend, Mick Choder, who drove all the way from Bucks County, PA, was our guest guitarist."

Opie’s masterful work on accordion provided the perfect je ne sais quois of Gallic flavor to the music. Criss crossing the Atlantic the musicians were versatile and fluid with morphing accents and cultures.

The French invasion recreated the affair of Citizen Genet.

The arrangement of round cabaret tables created a dense cluster at the center of the space. There was a generous dance area at the front of the gallery. Singing an appropriate tune Michelle wished Happy Birthday to Andrea Barrett who took a twirl with her husband Barry Goldstein. With flair Michelle crowned the birthday girl with a tiara.

Michelle several times asked the audience to dance. At one point she encouraged  a group of citizens to form a circle. After properly instructing them she went back to the piano. With glee and merriment they executed all the right moves.

With food and drink against the back wall there was a dense and merry cluster of celebrants. Late arrivals seems shocked to find such a full house. They had to wiggle in to find standing room.

On so many levels the wonderful evening of music got a head start on the holiday season. It was a great occasion with just the right soupcon of exotic aromatics. Our beloved diva etais  tres magnifique.