World Renowned Except in Boston 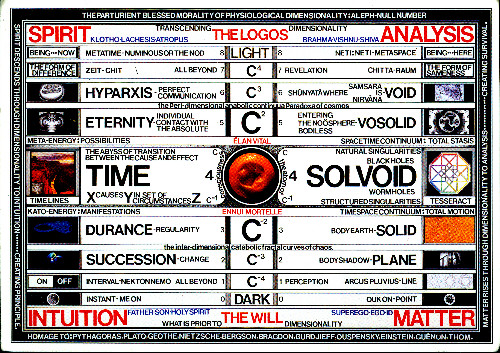 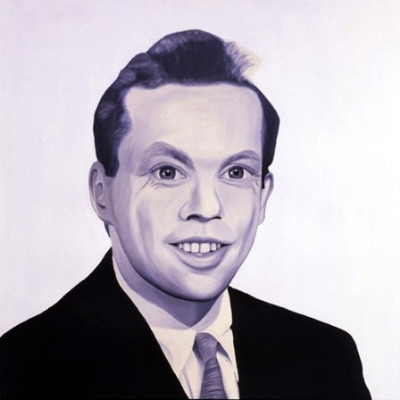 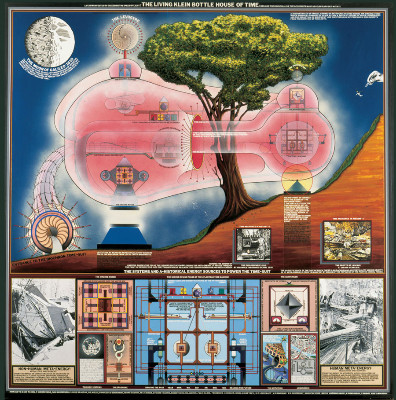 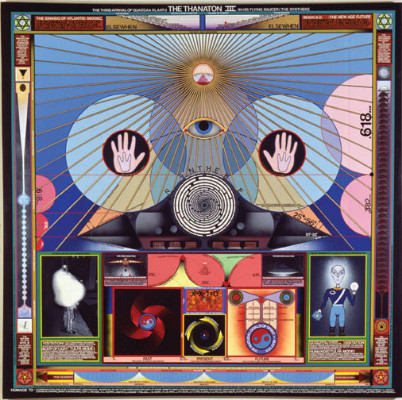 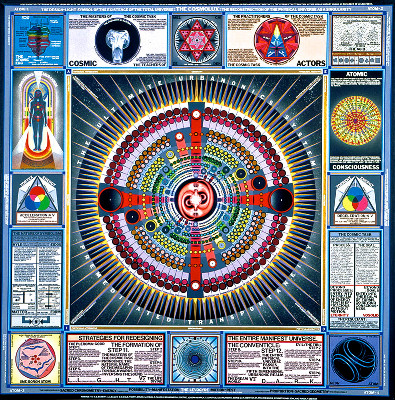 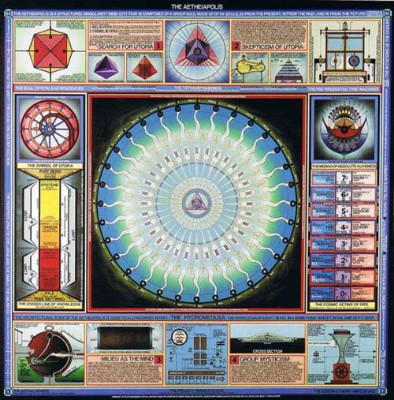 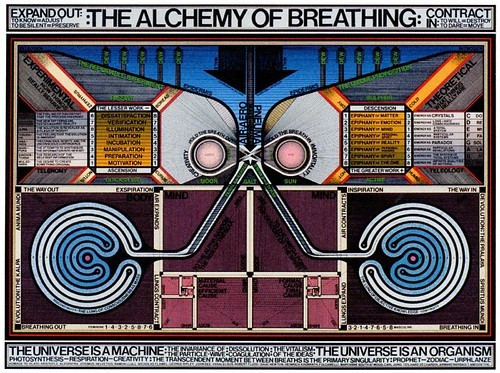 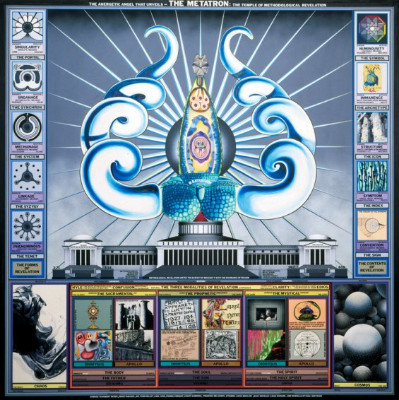 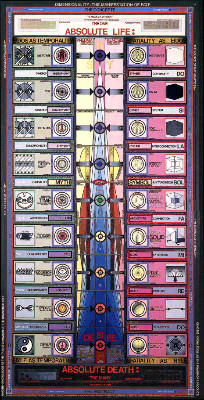 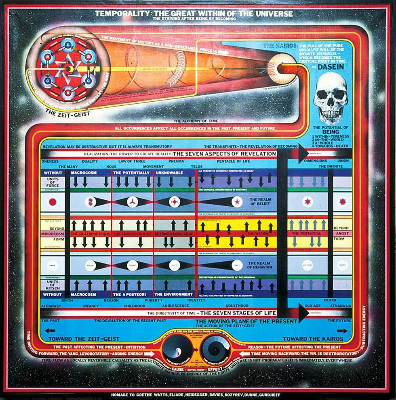 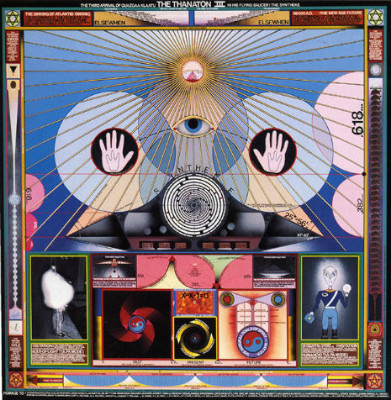 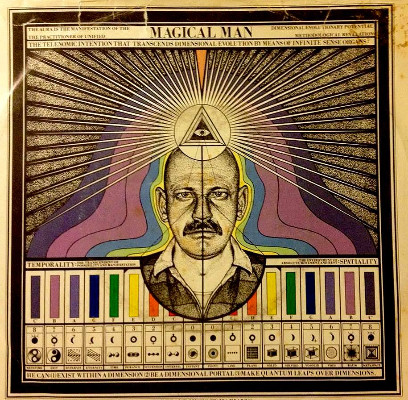 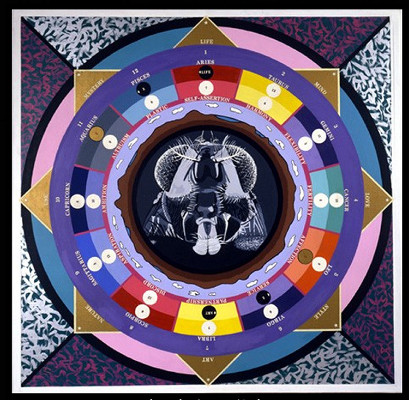 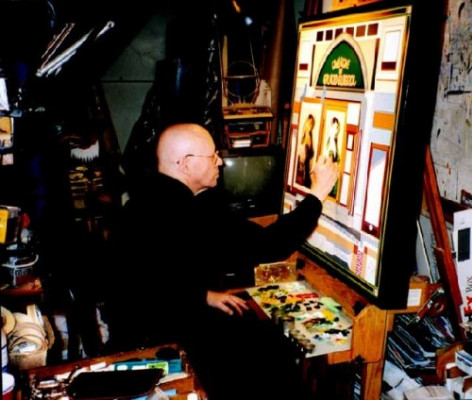 The artist in his Bromfield Street studio. Giuliano photos.

Paul and his tiger foot. 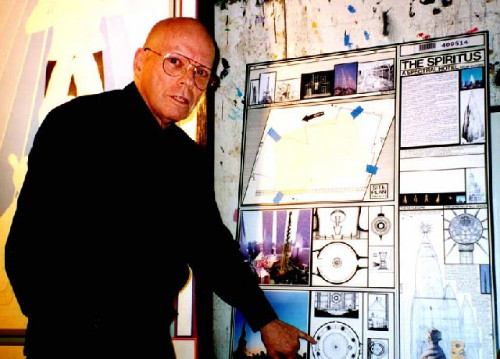 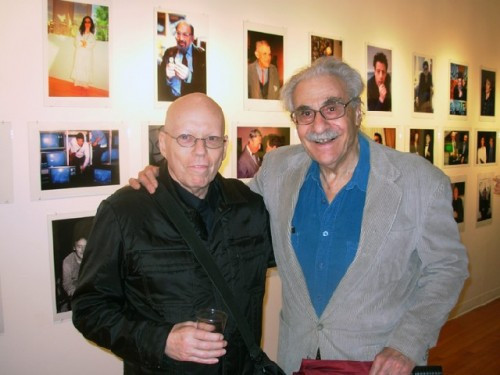 World renowned as one of the foremost visionary artists of his generation Paul Laffoley (b. August 14, 1935 - d. November 16, 2015) was ignored by critics and curators in Boston where he lived and worked.

When I curated an exhibition of his work for New England School of Art and Design in 2009 he told me it was his first Boston solo show in 20 years. He had been represented by Stux Gallery which moved to New York.

Preparing for that project I visited his studio on Bromfield Street in the jewelry district of downtown Boston. It was not legal to live in the small, densely cramped space in a commercial building. At the end of the business day the heat was turned off and during business hours he concealed all evidence of his residency.

For a time the building housed the artist-run Bromfield Gallery.

Prior to his solo show I included Paul in a group show “Be Still Dear Art.” The piece he submitted was a complex assemblage in honor of his mother. It included her glasses. I was surprised that he had carried it from his studio to the gallery.

With typically understated irony he said that “I enjoyed taking my mother for a walk.”

Particularly in later years he faced numerous health issues. This included complications resulting in the amputation of a foot when he fell off a ladder.

All of these setbacks were addressed with curiosity and insight. Everything was regarded as information and life experience most of which found its way into densely complex, didactic and graphically schematic work.

Even his prosthesis became a part of the art. For every day use he had one that adapted to a shoe. For more festive occasions like openings, lectures and performances he sported a tiger shaped foot created by a Hollywood designer.

Paul wore it for a lecture at the Museum School co-sponsored by curator Joanna Sultan coordinated  with our exhibition. It was well attended. I was surprised to find that fans flew in from around the country and a busload of students came from the Portland School of Art. The slide show presentation, on every level, was truly cosmic.

Given the rarity and importance of the project I was disappointed by the apathy of our faculty and the lack of a review by the Boston Globe.

That oversight was corrected a couple of years later, during the brief tenure of Ken Johnson, who returned to a full time job at the New York Times. While he was not familiar with the Boston art world in a Sunday Globe feature he noted that Laffoley was the most important and original artist then living in Boston. Later in New York he continued to cover Laffoley for the Times.

For a number of years the artist was represented by Doug Walla of Kent Gallery in New York. He was very helpful when I was working on the project with Paul.

Through the efforts of Walla and other curators in later years the work has been featured nationally and internationally. Recent exhibitions of his work have been staged at the Palais de Tokyo, 2009; the Nationalgalerie/Hamburger Bahnhof in Berlin, 2011; the Hayward Gallery in London; the Henry Art Gallery, Seattle; and the Yerba Buena Center in 2013. The first book devoted to Laffoley’s work, The Phenomenology of Revelation, was published by Kent Fine Art in 1989 and in March of 2016 the University of Chicago Press will release another catalogue titled The Essential Paul Laffoley.

Under director Chris Cook decades ago there was a major survey of his work at the Addison Gallery of American Art at Andover Academy.

My introduction to Paul came during the late 1960s when he had a more or less permanent exhibition in the rock/ disco club The Arc on Lansdowne Street behind Fenway Park.

In New York I organized the first psychedelic art exhibition “The Visionaries” for the East Hampton Gallery. It became the basis for the Grove Press book “Psychedelic Art” by Masters and Johnson. Had I know of Paul’s work at the time it would have been included.

That would have been a mistake. Psychedelic Art was a response to LSD but Paul didn’t take drugs or alcohol. His work was inspired by a broad spectrum of sources from the study of classics, philosophy,  science and architecture. After Brown University he enrolled in but was expelled by the Harvard Graduate School of Design. In 1962 he lived in New York where he was a studio assistant to visionary architect  Frederick Kiesler.

He worked as a draftsman for Emery Roth & Sons on their plans for the World Trade Center Towers. He was fired for his suggestion of bridges joining the two buildings. As he explained to me it would have made the structures more stable.

After 9/11 he participated in the competition for a memorial on the site. He was fascinated by the fact that the Spanish visionary architect Gaudi had visited Manhattan to explore the possibility of designing a hotel on the very site of the later World Trade Center. His design for the memorial was based on Gaudi’s uncompleted project.

After failed attempts to launch a career in architecture Laffoley came to the fine arts by default. Those first works that I saw in the late 1960s were crudely painted. Over the years his autodidactic skill in rendering was remarkable. While primarily approached as a means of articulating his theories the paintings on their own terms were absorbing and beautiful.

On many occasions I heard him discuss and explain his works. They were dense with letraset text. It must have entailed remarkable patience to spell out all those words.

It has been reported that he viewed the movie The Day the Earth Stood Still some 873 times. While still a child he vowed to become an architect so that he could design flying saucers.

During an interview he said "In preparation for a major oral surgery, I was subjected to a routine cat-scan of my head. As a result, a miniature metallic-like 'implant' was discovered in my brain near the pineal gland. A local chapter of MUFON (Mutual UFO Network) declared it to be a 'nanotechnological laboratory' capable of accelerating or retarding my brain activity. I have come to believe that the implant is extraterrestrial in origin and is the main motivation of my ideas and theories."

For Paul the works had very explicit meanings. They were about theories and concepts. Most of which were beyond my comprehension but not appreciation. On every level he was an artist who gave his all to making a better world. He leaves us with a void to be filled by the memory and inspiration of his spirit.