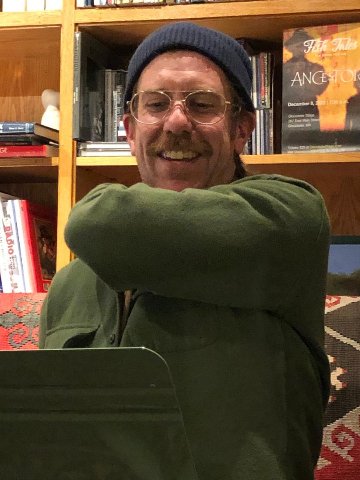 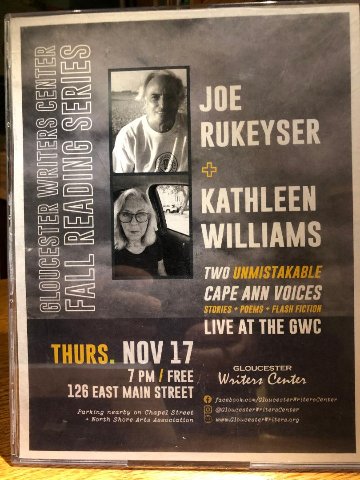 Poster for the event. 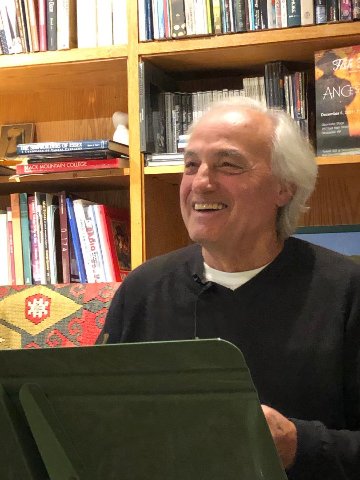 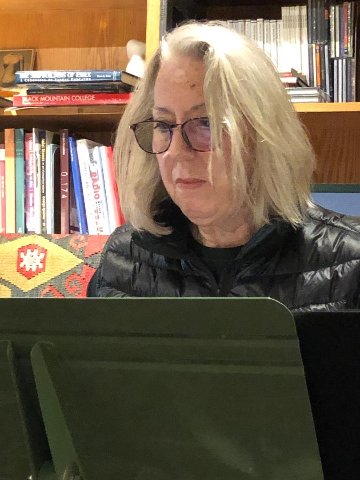 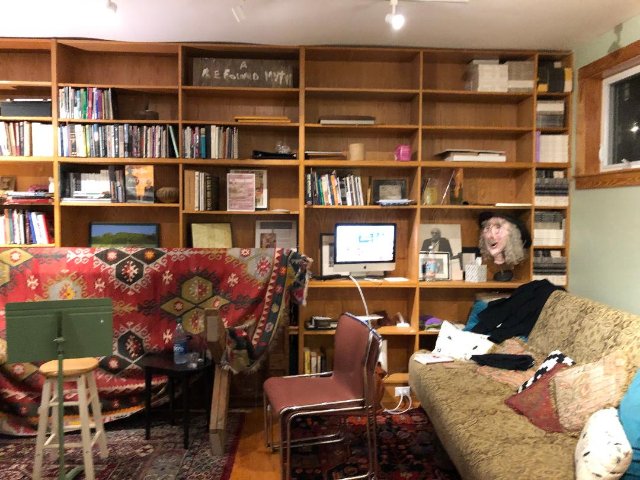 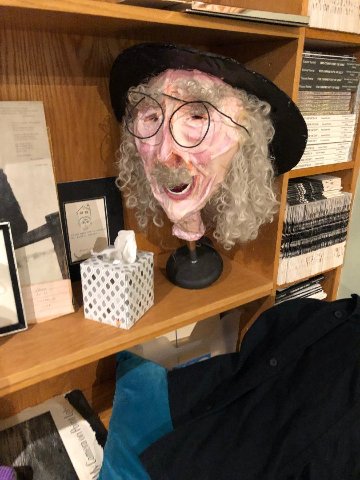 The spirit of Vincent Ferrini. 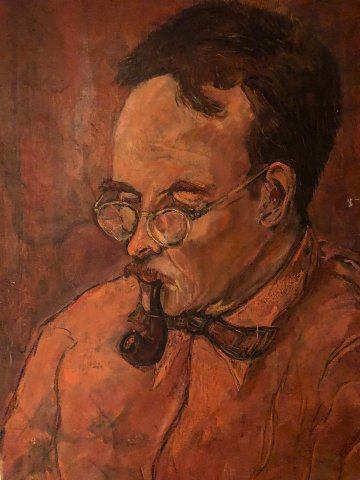 The young Charles Olson hangs in the loo.

We arrived early at Gloucester Writers Center last night. Director, Henry Ferrini, greeted us and I asked for a progress report on his documentary film on jazz great Lester Young.

"It's coming along" he said "These things take time."

Much had changed since he invited Astrid and me to be residents. It was a productive time for us and with Annisquam poet, Geoffrey Movius, I gave a reading from Gloucester Poems: Nugents of Rockport.

At the time the former home and frame shop of his uncle,  the poet Vincent Ferrini, was cozy and funky.

We hardly recognized the space which has been renovated.

"The walls were falling down" Henry explained "We needed to lay a new concrete foundation."

Adam, the program director, added that the wood floor materials and spiffy book cases had been donated.

Good grief, there is even track lighting.

It seems that for fifteen years Adam had worked in the education department of the MFA. So we had much in common to share. We explained that we are in Gloucester as participants in the Manship Residencies in Lanesville.

Last night we got a sense of vibrancy of the extensive community of Gloucester writers. During introductions Adams had many notes about coming events and readings that continue through the winter. GWC is just winding down its fall series. He invited us to a reading at Windhover in Rockport this coming weekend.

My sister Pip has been sending notices of an array of cultural events. We plan to attend a book launch at the Cape Ann Museum on Sunday.

The sense is that Cape Ann is bursting with creative energy.

Assisted by Susan Erony's superb, unpublished history we are researching the remarkable centuries of artists on Cape Ann. It seems that all the leading American artists spent time, often in summer, to work and teach.

Rebecca Reynolds, of Manship, whose field is American sculpture, the other day discussed the vibrant community of sculptors in Lanesville and Annisquam. There is so much to absorb. Having grown up with summers in Annisquam I knew nothing of this visual heritage. As a docent for the museum Pip knows more than I do. So there is a lot of catching up.

For the writers of Cape Ann, T. S. Eliot and Charles Olson loom large. The Eliot house in East Gloucester has been purchased by his British estate and a residency program is funded by his royalties mostly from Cats.

The Eliot program is flush while GWC , Windhover, and Manship face funding challenges. So far Manship has had some 50 residents and served more than 400 artists in various programs. It was launched during Covid and has kept open. The house and studio, which were moved there in the 1940s, retain their intact feeling and furnishings. Residents feel swathed in the mantle of Manship's aura. It is a very special place and program.

Introducing the writers Joe Rukeyser and Kathleen Williams the host described self indulgence with this dream pairing. It seems for the very first time the event was Zoomed. He confessed to stalking them at various readings. It proved that he is a real fan of the writers and was thrilled to present them to a packed room.

Joe went first with five "flash" works or stories under a thousand words. He read evenly with subtle and liquid emphasis of his dramatic points. In a later discussion of place it seems most of the work was sited in Brooklyn.

Kathleen, however, is very much a Gloucester writer. One wondered if anyone would know what she meant up the line. As a native, however, I knew all the references and reveled in them. Like the challenge for boats "shooting the cut" or negotiating the swift currents through the draw bridge.

If you have spent time in Gloucester you know about having to wait forever and ever "When the Bridge Is Up." There was audience participation chiming that refrain with a litany of things that go wrong. She wore a T shirt with that catch phrase as did several of her friends.

After the reading folks lingered with wine and cheese to chat and catch up. We slipped away into the night and winding 127 back to our home away from home.