A Documentary About The '68 Game for the Ages 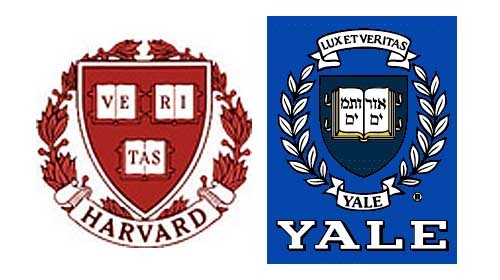 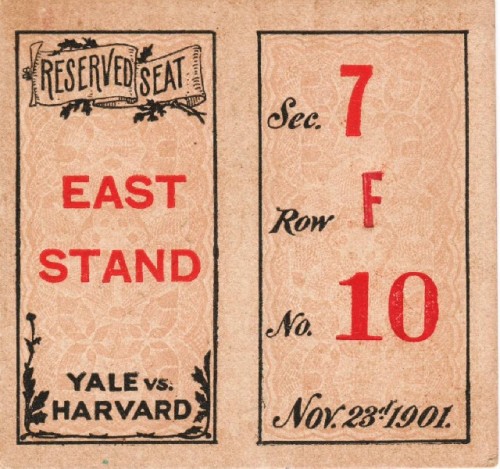 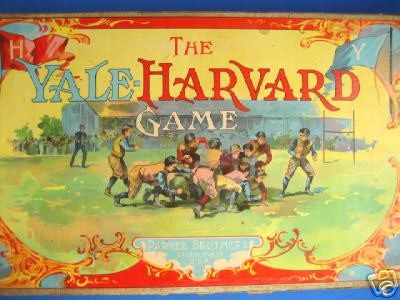 Victorian Memorabilia of The Game 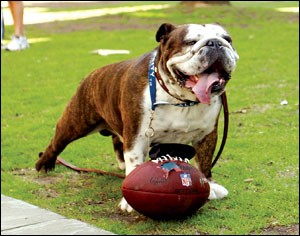 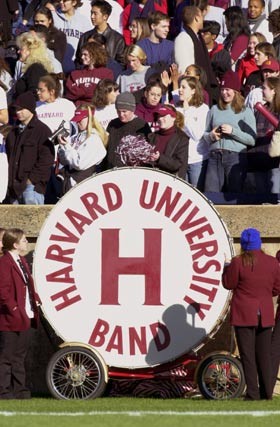 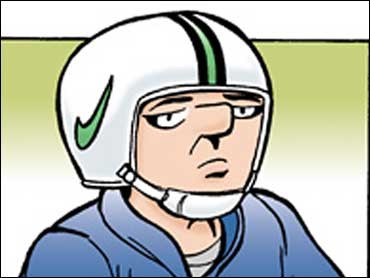 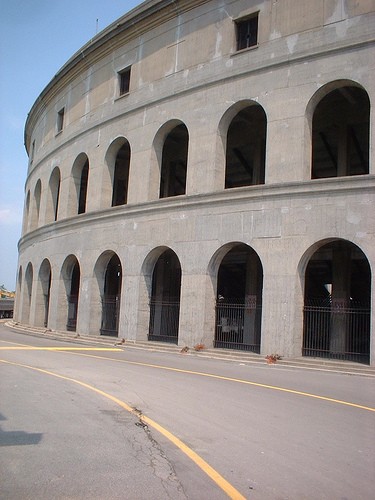 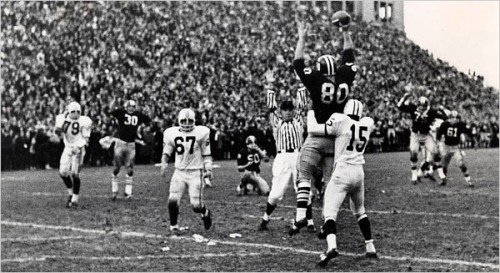 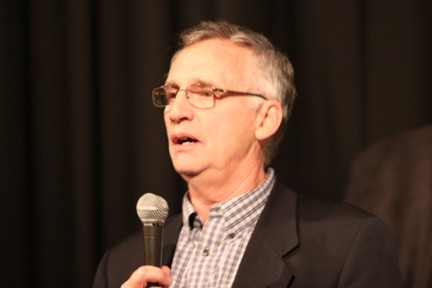 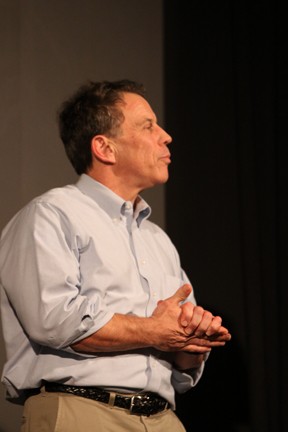 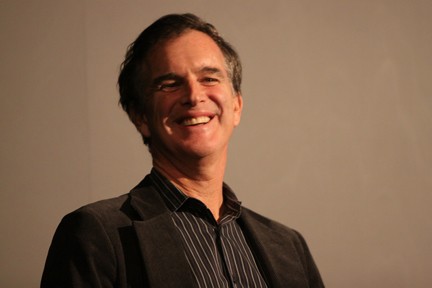 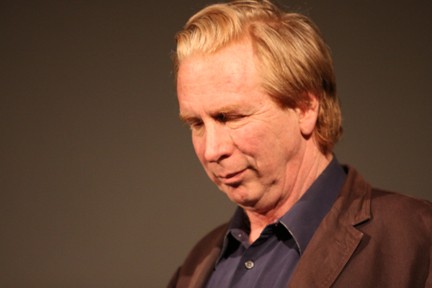 The Harvard-Yale Game of 1968 is one of those great sporting events that individuals seem to remember with unsettling clarity, even when they don't really have a real reason to. Apparently, nearly every Harvard and Yale student and living alumni from the 1960's sat in the frigid cold of Harvard Stadium that November 23, 1968 Saturday. This is just not so. The true impossibility of the situation is like the number of people who supposedly saw Ted Williams hit his last home run at his last time at bat in 1960 at Fenway Park. There were just not enough seats. Slightly down the list of greatest sports comebacks from the 1980 USA Hockey Team win over the Russian juggernaut team at the Lake Placid Olympics, this football game was also one for the ages.

Just like the millions of people who supposedly were in attendance when the Baltimore Colts came from behind to beat the Giants in December of 1959 at a stadium of about 60,000 seats, this 1968 event was a defining moment in sports and individuals' lives. Myth and memory have gotten mixed up here. A friend of a friend claimed that he remembered every down of the game until his wife had to remind him that he was studying in England at the time and couldn't have seen any of it. A woman I know claims that she was there when she actually first dated a Yale man only in 1973, five years later. That year, she actually would have been at a game at the Yale Bowl in New Haven instead of in Cambridge. A guy from South Boston that I know said that as a teenager, he made a $5 bet on his first football card and was waiting to collect his $25 when Harvard tied the score with no time left on the clock. Forty years later, he is still pissed off.

The greatness and strangeness of the 1968 Game have been brilliantly captured in a wonderful, witty and a bit wacky new documentary opening in New York, New Haven and Cambridge on November 19, 2008 to celebrate the 40th anniversary of the greatest collegiate gridiron achievement of the Harvard Crimson and the worst day in the football lives of the Yale Elis. In Harvard Beats Yale 29-29, Director Kevin Rafferty takes us back to that seminal year 1968 via "The Game," the annual and ancient American collegiate football grudge match between two of America's most prestigious universities, Harvard and Yale.

Even though Yale was highly favored, that "Game" had an unlikely and unexpected outcome. In this clever and insightful documentary, four decades later, Rafferty interviews players of both teams. Questions evoke responses about the socio-political aspect of the unsettled time as well as the traditions, ethos and mores of Ivy League football.

This is a great story told by a master filmmaker. But, director Kevin Rafferty is a great story himself. A prominent American filmmaker coming from a rather influential New York family, he has spent his entire life living in or near New York City. He helped teach the craft of filmmaking to Michael Moore during the production of Roger & Me in 1989. Kevin was the cinematographer. Moore credits Kevin Rafferty with being one of his major movie-making mentors. Rafferty teamed up with his brother Pierce and Jayne Loader to produce the cult classic film The Atomic Cafe (1982) which actually changed nuclear arms legislation by screening the film in Britain's Parliament.

His maternal grandfather was Marvin Pierce, president and later chairman of The McCall Corporation, the publisher of the popular women's magazines Redbook and McCall's. His mother is Barbara Bush's older sister, and she was a cover girl model during the 1950s. Another ancestor, an early New England colonist named Thomas Pierce, was also the ancestor to Franklin Pierce, the 14th President of the United States. That makes Kevin related to at least three presidents. Kevin's dad and grandfather played football for Yale. His daughter attends Yale. He is a liberal Democrat in a family of unapologetic Republicans. Unlike many of his relatives who attended Yale, Kevin attended Harvard, Class of '70. He is a bit of a black sheep. But aren't sheep in Yale's "Wiffenpoof Song"Â—bah, bah, bah?

Even 40 years later, the action of the '68 Game is tense and exciting by itself. Each team came into The Game undefeated. The characters of the film literally come out of central casting. Academy Award winning actor and former roommate of Al Gore, Tommy Lee Jones was an offensive guard for the Crimson. He tells his story in the film along with about fifty other former players. NFL Hall of Famer and Former Dallas Cowboy great Calvin Hill played for Yale. But, for some unclear reason the NFL's No. 1 draft choice refused to be interviewed for the documentary. The result of the Game must still badly sting.

The Doonesbury comic strip character BD model was Yale's never previously beaten, highly talented and NFL-bound quarterback, Brian Dowling. He went on to have a 10 year career in the NFL. In fact, the BD character's Doonesbury comic strip was started by Pulitzer Prize-winning Gary Trudeau while he was a student and admirer of the team at Yale during the same time period. The actual hero of the game was the previously unsung back-up quarterback for Harvard, Frank Champi of Everett, MA, who went on to a humble but honorable career in high tech printing.

To add to the 40th Anniversary festivities, a provocative panel discussion following a screening at Harvard Square's Brattle Theatre in Cambridge took place on Friday evening, Nov. 21, the night before this year's 125th Game. Many former Yale and Harvard players were in the audience. The panel included a 40 years older Gary Trudeau, Yale captain and quarterback Brian Dowling, Harvard's captain Vic Gatto and filmmaker Kevin Rafferty. Many members of both 1968 teams were in attendance. The highly partisan crowd loved the film and loved the discussion and Q&A with the various principals.

Trudeau was great describing how as a junior in 1968, he started his forerunner to Doonsbury for the Yale Daily. Four weeks later, because it was so good, he became a syndicated cartoonist, the only job that he ever had. Characters were based upon the opposites of the overwhelmingly great football team. Brian Dowling was articulate and much smarter than BD. Harvard's Vic Gatto added his thoughts but was challenged for wearing the same clothes that he was dressed in during the filming of the documentary. Director Kevin Rafferty was wrapped in the warmth of the audience. This discussion added nuance and shading to this clever and wonderful documentary. This film really isn't just about sport.

Most of the Yale players interviewed appeared to be from the manor born while many of the Harvard team members were from working class families, sort of silver spoon against blue color. This Goliath and David approach works well to build up class and other layers of tension, even if it does not quite ring true. However, Rafferty makes good use of this class tool and often upper class fools. On the Harvard team was a Viet Nam Veteran as well as SDS peace advocats. Remember, later that year, an administration building at Harvard was taken over by protesting students. On the field, they all were a co-existing unified football team.

Two interesting cases in point: One of George Bush's more pretentious former roommates played for Yale. Kevin Rafferty says that the pompous bore (just watch the film) treated his crew and him like hired help until he told the guy that he was a first cousin to President George W. "Are you really? Well, uh... " Another Yale master of the universe type went on and on about how skillful a defender he was, how he took players literally out of the game. Slowed down footage of actual plays showed the memory-impaired braggart being taken out of  plays completely. He was no where near the real action. You can't make this stuff up.

The physically better and athletically more gifted Yale team was literally beating the crap out of Harvard for the first half of the game. Something happened after half time. Miraculously, Harvard came back to tie the score in the last 42 seconds of the second half, actually finishing with no time left on the clock. Yale team members to a man still feel that they lost while Harvard's squad feels that they had won. It was summed up in the Harvard Crimson's fabulous headline the next day: Harvard Wins 29-29.

Everyone interested in Harvard, Yale, college football before the hype, the 1960's, recent American history, scrambled foggy athletic memory, the early joyful distribution of the Pill and sports psychology 101 should see this film. Like the 1968 Game itself, this documentary is already a nostalgic classic. Harvard Beats Yale 29-29 is in English with an amazing number of witty factoids and hilarious diagrams.