A Busman’s Holiday for Theatre Critics 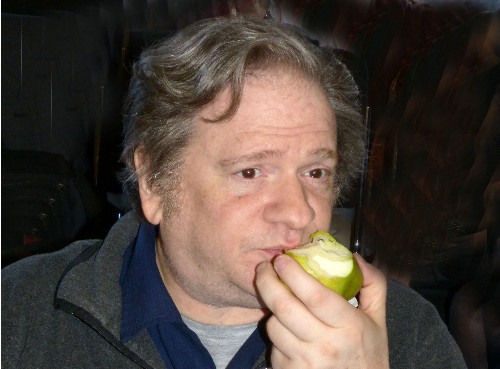 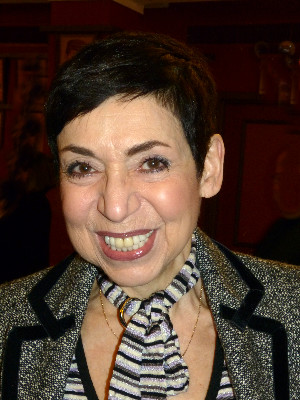 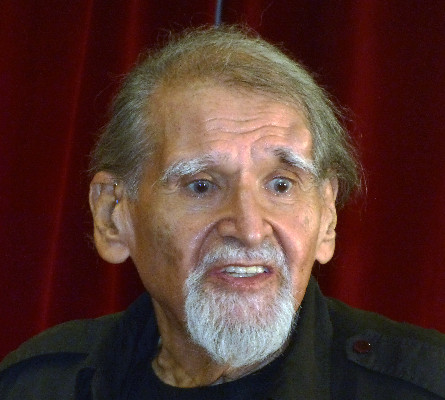 Ira Bilowit was co organizer of the NY conference. 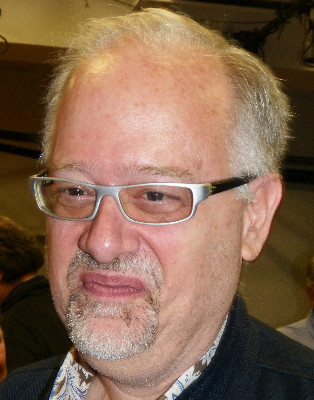 Doug Wright won a Tony for I am My Own Wife. 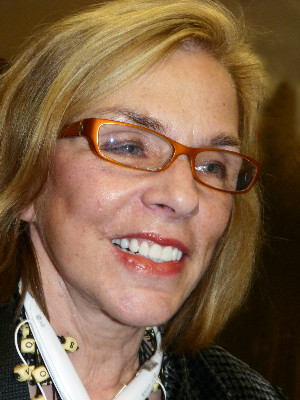 Marsha Norman wrote the book of The Color Purple. 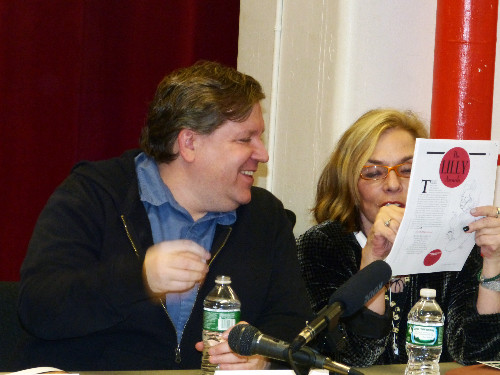 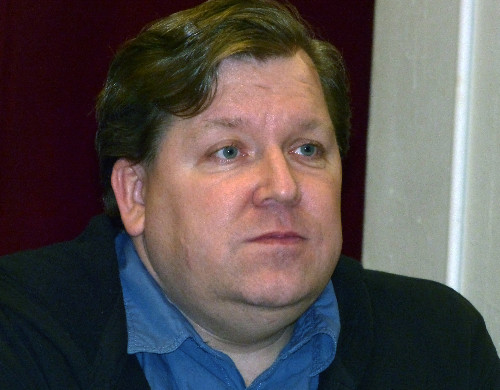 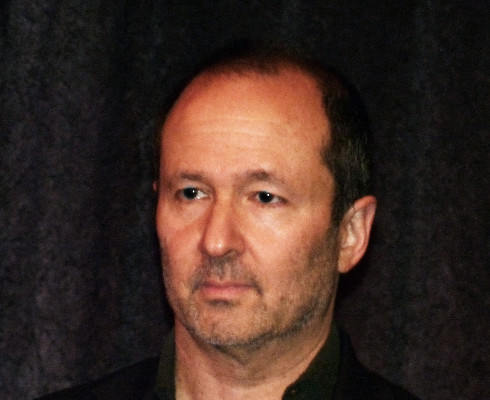 Steven Lutvak was composer and co/lyricist for A Gentleman's Guide to Love and Murder. 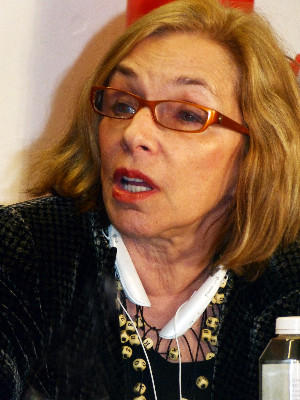 Marsha Norman teaches in the graduate program of Julliard. 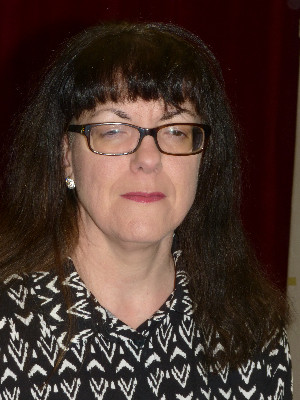 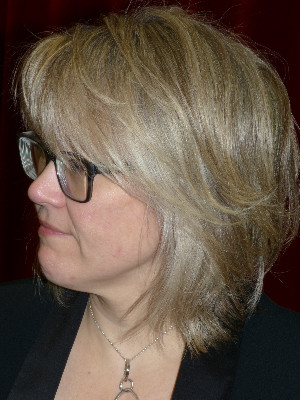 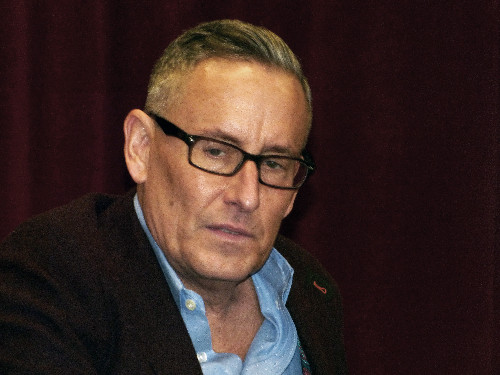 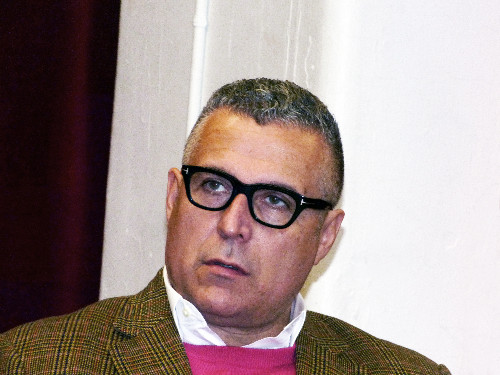 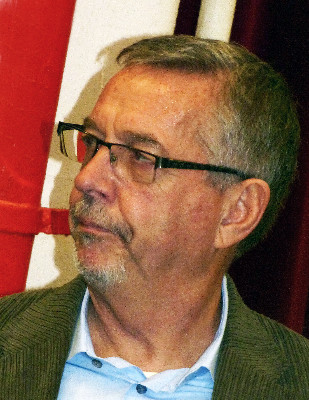 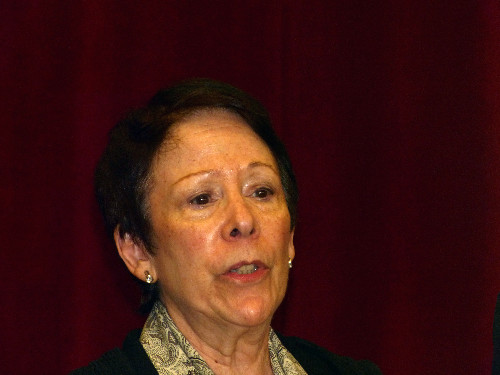 Susan H. Schulman of the Stage Directors and Choreographers Society. 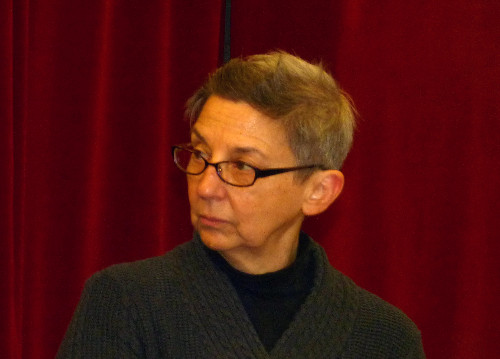 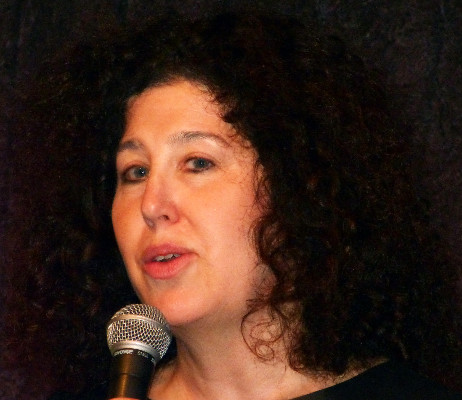 Marcy Heisler is a rising star in NY Cabaret.

The American Theatre Critics Association, a national organization, hosts annual conferences in a rotation of cities. Since joining the organization we have attended meetings in Chicago, Indianapolis, Louisville (Humana Festival), Shepherdstown, West Virginia (Contemporary American Theatre Festival) and most recently in New Orleans. We are looking forward to April in Philadelphia. The following year we meet in San Francisco.

In addition to major annual meetings, that entail several years of planning, there are mini-conferences. The last two years they have been held in New York. There are usually other destinations but this back-to-back schedule came from the provocative success of the meeting last year. It proved to be so lively that the idea of carrying forward the discussion led to this years double-header.

Trust me; on every level it was worth the effort.

There are always interesting issues and agendas that evolve from the nature of the host city and its concerns. In Chicago, for example, we had a taste of the major companies as well as some 200 plus smaller ones. We enjoyed an array of new plays through Humana and CATF. The New Orleans conference focused on small, non equity companies struggling to survive post Katrina. It also introduced us to the Tennessee Williams Festival which led us to participate in its Provincetown iteration in September.

For an organization of theatre critics visiting New York was to reside, at least temporarily, in the belly of the beast.

The superb organizers, Sherry Eaker and Ira Bilowit, had ready access to a dazzling array of leading actors, playwrights, and directors. One session even put critics face-to-face with three top Broadway publicists. They were frank and forthcoming but we were asked not to let the meeting devolve into a “gripe session.”

For the first time ATCA hired a videographer to document the panels. Once edited the material will be posted to the organization's website. There is discussion about the possibility of making some of the material more widely available on social media.

Moving forward there is the possibility of creating an archive of issues and agendas that come out of the insightful professional conferences.

Of course, there is no substitute for being there.

During the week I managed to see six Broadway shows and the reviews will follow. There were also the daily panels and events including the star studded feature of the New York conferences, Lunch With the Stars at Sardi’s. We will report on that separately.

Through the help of my California colleague and Berkshire Fine Arts correspondent, Jack Lyons, we not only saw the hottest show in town “Hamilton” but even went back stage to interview Leslie Odom who plays Burr in the hip hop musical. We were joined in the tiny dressing room by ATCA president Bill Hirschman.

During our discussion with Odom I asked about the unique casting of “Hamilton.” The story of the founding fathers is presented with racially diverse actors.

It represents a paradigm shift for Broadway and theatre in general. Not that it is new. This approach is underscored by the immense success of the game changing musical.  One of the shows we enjoyed paired the iconic James Earl Jones with the ninety-plus treasure Cicely Tyson in "The Gin Game." It was delightful.

As an organization ATCA needs to do more to address issues of color and initiating diverse ethnicity in its membership as well as programming overview. There was no such presence or agenda for any of the panels or celebrity guests. Unfortunately this has been true for all of the conferences we have attended.

Moving forward this is among challenges for ATCA as it evolves from an era dominated by print to now digital and on line criticism. To survive and get younger the organization will need to get in step with social media and major developments like the game changing “Hamilton.”

To be fair ATCA does a superb job at tasks and issues it identifies.

The first session “How Can We Achieve Parity for Women in the Theatre?” balanced a discussion of progress with sobering statistics of the ongoing imbalance of women as playwrights and directors. The most forceful panelist Marsh Norman (book writer for "The Color Purple" now on Broadway) was clear and didactic in setting forth daunting statistical information and behind the scenes challenges. Other panelists included Lisa McNulty (Producing Artistic Director of Women’s Project Theater) and Caridad Svich (2012 Obie winner for Lifetime Achievement and winner of ATCA’s Primus Award for a woman playwright).

We were leaning forward in our seats and devouring every crumb of wisdom during the session “What Press Agents Want from Critics.” Chris Boneau, Rick Miramontez and Sam Rudy provided straight talk about just who, how and why get comped for tickets to Broadway shows. They in turn serve at the pleasure of producers who are reluctant to give access to seats they can sell. The press agents described a limited 'inventory' of tickets to be dispersed. Part of their job is to educate the producers on the "death of print" and the emerging importance of on line critics.

It was compelling to hear them say that when they represent hit shows they are approached by critics they have never heard of. They try to read clips to differentiate between serious criticism rather than puff pieces. It is not enough to rewrite press releases and reveal the plot.

There is a standard of A list and print critics for opening night and then typically second and third press nights. They reported that too often if negative next day reviews are posted there is a rush of cancellations. The advice to critics is that this is unprofessional and leaves the press agents in a tough spot explaining to producers why there is a poor media turnout. Producers also have to understand that comping visiting regional media helps to promote shows that later tour. Also, having had this week of theatre in early November, many of us are back home writing Holiday on Broadway previews.

From my own experience I have enjoyed plays that major critics have panned and hated those they praised. Even in the six shows I saw last week I strongly disagreed with the reviews in several instances. Shows that got raves I thought were just so so. More on that later. So if you are a critic and accept comps, there is no choice in the matter, you are obligated to write a review. If you only write about shows you like then you are not a critic and fail in an obligation to readers.

There was discussion of the difference between mean and hurtful vs. fair and honest reviews. These were ideas and concerns also expressed in panels with playwrights. The PR people have to read the reviews and deal with critics as a part of their job but others in the theatre community opt not to read their reviews. Even when they are positive. Or so they say.

As good advice critics were asked to leave their agendas at home and not take them to the theatre. We were urged to view and review shows on their own merits. A colleague doesn't do Shakespeare and prefers comedy. Another doesn't like musicals particularly the older ones. A critic for the daily paper in our region rarely writes positive reviews for plays with a gay theme. So it goes and somebody is keeping score.

After lunch we returned for “The Playwright-Director Relationship: Who Owns What?” The panel included Linda S. Chapman (Associate Artistic Director of New York Theatre Workshop), Sheryl Kaller (director), Joel K. Ruark (Executive Director of New York Dramatists), Susan H. Schulman (seven seasons of directing for the Stratford Festival of Canada) and Doug Wright (Tony and Pulitzer for writing “I Am My Own Wife.”)

The playwrights commented that they may sit in on the table work of early rehearsals. After that the work is in the hands of the directors. They talked about bad productions of their work that just miss the point.

Wright who has had four plays produced on Broadway stated that he can't make a living on theatre. It is interesting that most of the playwrights at the conference have day gigs like teaching. Wright commented that he gets paid about eight times what he makes for a play writing for TV and Hollywood.

Ending the day was part two of a session from last year and a motive for back-to-back conferences “Dramatists and Drama Critics: Bridging the Gap.” It was moderated by Doug Wright and Ira J. Bilowit.

As is always the case moderators are key to the success or not of sessions. Too often the moderators have their own agendas and are not always interested or adept in calling equally on all of the panelists. There is also the issue of allowing enough time for questions particularly when the audience is comprised of a group of opinionated critics.

In this regard Wright was superb not only in bringing out the best of the panelists but also holding in check volatile exchanges between critics and those we write about.

The mood was aptly established when Marsha Norman opened with an anecdote about a session between critics and playwrights. It seems that a colleague put a German luger pistol on the table as a way of stating where he stood regarding critics. The punch line was "now that we understand each other."

It was a nice way to get things started. That set the right tone for comments by Arthur Kopit (Tony nominee and Pulitzer finalist), and David Lindsay-Abaire (Pulitzer Prize winner among other awards).

There were many poignant moments including comments about the impact of vicious reviews. They can be devastating and in the case of Norman resulted in a hiatus of several years. Wright reminded us that playwrights are human beings with feelings. There was also recognition about the professionalism of critics who write negative reviews with positive and useful insights. The best reviews are ones we learn from.

For me the most useful and enjoyable session was held on Sunday morning at the club Don’t Tell Mama at 343 W. 46th. Several of the panelists commented on performing on that stage. Sherry Eaker, whose field is cabaret, moderated the wonderful panel “Cabaret As a Launchpad for Musical Theatre.” It was astonishing to learn from Steven Lutvak ("Gentleman’s Guide to Love and Murder") that early on he and a partner composed some 600 plus songs. It was also harrowing to learn that, because of a lawsuit over use of material from the film ‘Kind Hearts and Coronets,” it took more than a decade to develop the Tony winning musical which runs through January.

We also heard from Joe Iconis who is about to open “The Hunter S. Thompson Musical” at La Jolla Playhouse. Marcy Heisler is a young and lively cabaret star and lyricist. With Stuart Ross, Barry Keating created the Broadway musical “Starmites” which earned six Tony nominations.

Primarily we learned of the intimacy of cabaret which requires a very different sensibility than filling a large house on Broadway. The panelists conveyed how cabaret is a great way to get seen and known as well as a means for testing new material.

Yet again we came away from the ATCA sessions with fresh insights for improving our craft and understanding of the humanism involved in creating a life in theatre.