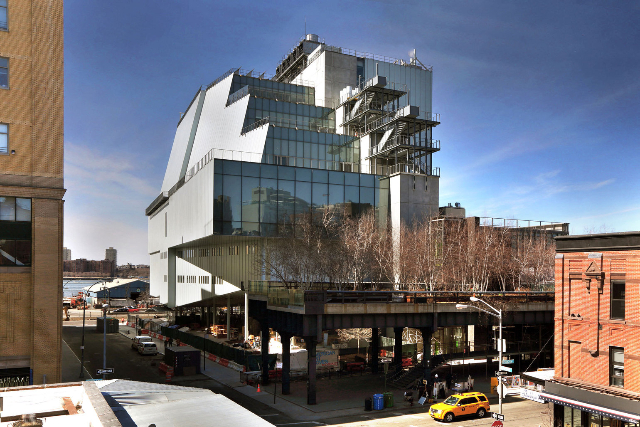 This is the first Biennial in the Whitney's expansive lower Manhattan venue.

The Whitney Museum of American Art has revealed a lineup of 63 participants for the 2017 Whitney Biennial – the first Biennial held in the Whitney’s home in the Meatpacking District. Co-curated by Christopher Y. Lew and Mia Locks, the Biennial will open at the Whitney Museum of American Art on March 17 and continue until June 11, occupying two gallery floors of the Whitney as well spaces throughout the Museum. The key themes of the reflected in the works selected by Lew and Locks 2017 Whitney Biennial are the formation of self and the individual’s place in a turbulent society.

Scott Rothkopf, the Whitney’s Nancy and Steve Crown Family Chief Curator and Deputy Director for Programs, said, "Since we opened our new building, we’ve reignited our emerging artist program with venturesome solo premieres and ‘snapshot’ shows of new tendencies. This Biennial, the largest ever in terms of gallery space, marks the capstone of these efforts. Chris and Mia have done an amazing job scouring the country to discover new talents, while creating lively connections to senior figures and our roiling social landscape.”

Lew commented that, “Throughout our research and travel we’ve been moved by the impassioned discussions we had about recent tumult in society, politics, and the economic system. It’s been unavoidable as we met with artists, fellow curators, writers, and other cultural producers across the United States and beyond.” Locks noted: “Against this backdrop, many of the participating artists are asking probing questions about the self and the social, and where these intersect. How do we think and live through these lenses? How and where do they fall short?”

Irena Haiduk
Biographical information not given

Jessi Reaves
Born 1986 in Portland, OR
Lives in Brooklyn, NY