A Confederacy of Dunces At Huntington

An Adaptation of the Picaresque Pulitzer Prize Winning Novel 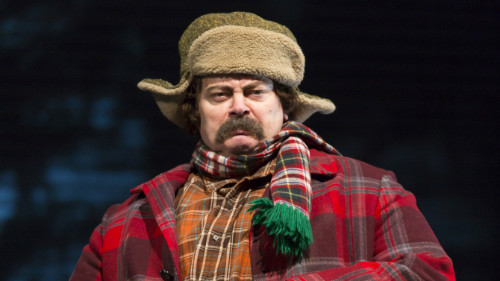 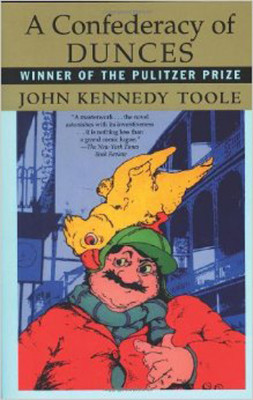 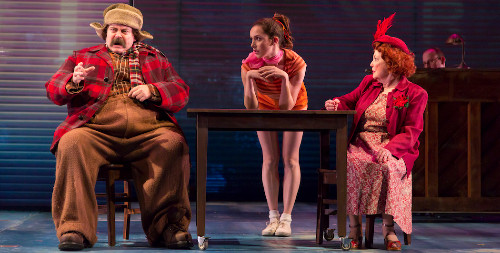 A Confederacy of Dunces
Based on the novel by John Kennedy Toole|
Adapted by Jeffrey Hatcher
Directed by David Esbjornson
BU Theatre, at the Huntington Theatre Company
Huntingtontheatre.org|617-266-0800
November 11-December 20, 2015In two acts with an intermission

Misanthropic, hyper-eccentric, belligerent, slothful, delusional, and a snobslob are only a few of the descriptive words that can be attributed to Ignatius Jacques Reilly, the Don Quixotesque protagonist of A Confederacy of Dunces now playing at the Huntington Theatre Company. It is the world premiere of the theatrical adaption by Jeffery Hatcher of John Kennedy Toole’s posthumously published 1981 Pulitzer Prize-winning novel.

The novel itself is both comedy and tragicomedy. A Confederacy of Dunces is a picaresque novel written by Toole published in 1980, eleven years after the author’s suicide. By the publishing efforts of writer Walker Percy and Toole’s mother, the book was first a cult classic then a mainstream bestseller. It is now considered a canonical work of contemporary Southern literature.

Set in the early 1960s, the novel’s central character, Ignatius J. Reilly, is an educated but eccentrically slothful 30-year-old man-child living with his verbally abused and disappointed widowed mother in New Orleans. In Ignatius’s quest for gainful employment and to find love, he has various adventures, often badly handled by him, with other various colorful, often eccentric characters. He frequently blames the Goddess Fortuna for his failures.

Brilliantly played by Nick Offerman (formally of NBC’s Parks & Recreation), Ignatius is at once Falstaffian and a lost soul as the literally bigger than life character. A gigantically obese Don Quixote, his rants and rages at modern popular culture in particular and contemporary society in general are his jousting with the universe. Offerman literally inhabits the character.

Ignatius’ mother Irene is played sympathetically by singer/actress Anita Gillette. At first, she allows Ignatius his space and abuse of her, but eventually she learns to stand up for herself. She also has a bit of drinking problem with her drink of choice Muscatel. Among other things, Ignatius exaggerates that she is a raving, abusive drunk. He also insists on her paying for everything. Eventually the lack of money leads him to attempting gainful employment with disastrous consequences.

Irene is pursued and enamored by the financially more secure Claude Robichaux (delightfully played by Ed Peed) and eventually decides to marry him. But first she agrees with her new best friend and drinking buddy Santa Battaglia (brassily but skillfully personified by Luisa Strus) that Ignatius is insane and needs to be sent to a mental clinic.

Other performer standouts include Philip James Brannon as an eloquent and quite contemporary Burma Jones, Wayne Barker as the Pianist and the production’s Music Director and David L. Harris as the Trombonist. The two musicians give the production a delightful melodic French Quarter punctuation.

The production’s stagecraft was up to the Huntington’s usual high standard. The design team should be praised for their efforts. The minimalist but flexible scenic design by Riccardo Hernandez is beautifully integrated with Scott Zielinski’s lighting design and Sven Ortel’s projection design.

Included in this production are great characters, great performances, funny and poignant scenes, brilliant stagecraft and even the music is wonderful, but, and a very big but, often like other shows based upon popular literature, to make it most theatre-worthy, this play needs to be carefully edited, perhaps even recrafted. The pieces are here, but just not smoothly arranged.

Currently, the show is overblown and raggedly episodic. The problem of paring it down will be risking the scorn of the book’s loyal fans—fans totally devoted to its eccentric characters and episodic mélange. Confederacy purists may cringe, but theatergoers will be better served. As theatre, this theatrical sausage is just uncomfortably overstuffed.

Another way of looking at it is that A Confederacy of Dunces is a jambalaya that is certainly a bit over cooked and overly flavored. All the ingredients are there, but the recipe needs to be worked on more. We all want to enjoy the dish.