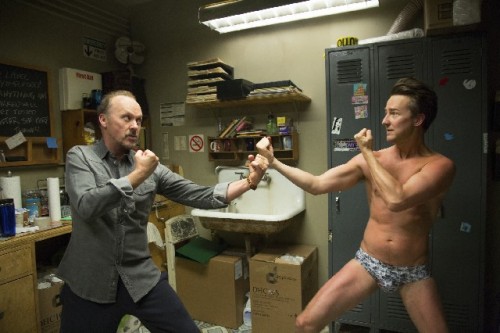 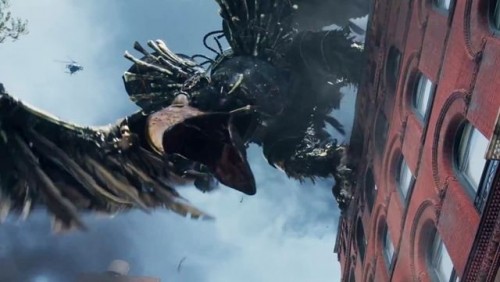 A fantasy sequence over Broadway. 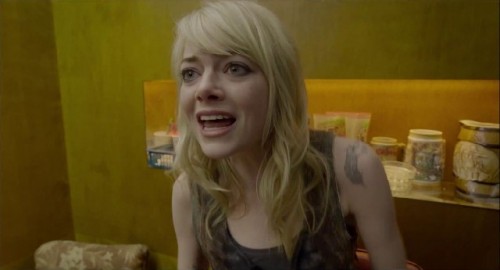 The star's assistant and daughter. 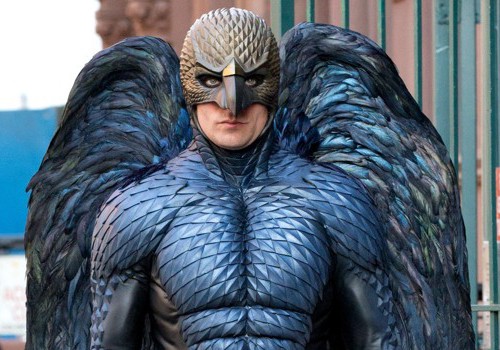 In a paranormal manner the fantasy Birdman haunts the actor who plays him. 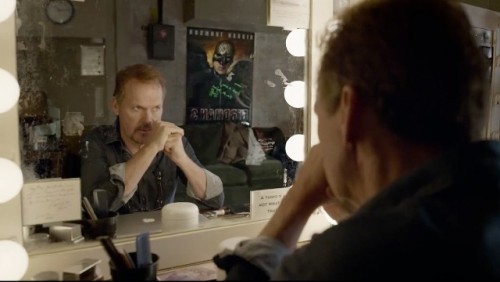 When you come to the fork in the road take it.

Apart from what could be considered a prologue and an epilogue, Birdman, or (The Unexpected Virtue of Ignorance) is edited to look as if it’s done in one shot. The film’s main score is almost exclusively drums. The film moves toward but eschews tropes before completing them. These are the most simplistic elements that make its approach so eloquent but without these precise measures, the film would lose the effect of imminence and intensity.

The film begins with Riggan Thomson (Michael Keaton) in his dressing room listening to a disembodied voice (Birdman) as he levitates in lotus position off the ground. He goes to the stage to start rehearsing his adaptation of the Raymond Carver story “What We Talk about When We Talk about Love.”

The rehearsal is not going well particularly with a supporting actor.  A stagelight falls on his head, which Riggan reveals to his producer friend, is his doing. The crew must replace him; enter Edward Norton as Mike Shiner: a temperamental but thorough and realistic actor. Mike causes problems with Riggan’s intended direction of the play and opening night is only days away.

We are surprised to learn that Mike is off book during the first rehearsal. Asked about this he dismisses it as 'a gift.'  He even knows Riggan's lines and suggests changes. Previews begin the following night.

Further complications arise: Riggan hasn’t been the best father to his daughter Sam and a specific theater critic Tabitha (Lyndsay Duncan) wants to tear apart Riggan’s play because she thinks he is an insult to legitimate theatre. The idea of art as fame crops up all over the film. This is one of Birdman's strongest criticisms of its own subject matter. This  scathing aqnd riveting critique ranges from Riggan’s hatred of Millennials getting famous, through Internet phenomena, or his own loathing of commercial success  acting as a superhero.

In general, the impression the movie leaves is that commercial film and the quintessence of Hollywood is a failure of art. This is doubly ironic because the film could be interpreted as a commercial film—just for entertainment—featuring a cast in an absurd situation. It is unfortunate that the already foundering artist repeats works that have already been made. This seems like a particularly cruel death sentence for the artist. The film is escapist only for the main character, Riggan, and gives the audience his surreal reality to think about.

It would be so easy to write the film off as a simple morality tale but it is much more sublime than that.

Birdman gets at the complex idea of failure in a way that few films American have done. But more importantly, the film goes into the territory of how artists and people in general can escape failure when it seems inevitable.

This is where some of the escapism comes in but also denials of failure. For the author Raymond Carver, the impediment was drinking, for Riggan, it is his absurd birdsuit, but for Iñarritu—his mind is too complex to make a worthwhile guess.

In the Berkshires Birdman is playing at Images in Williamstown until 11/27 and in the North Adams Movieplex until 11/29.