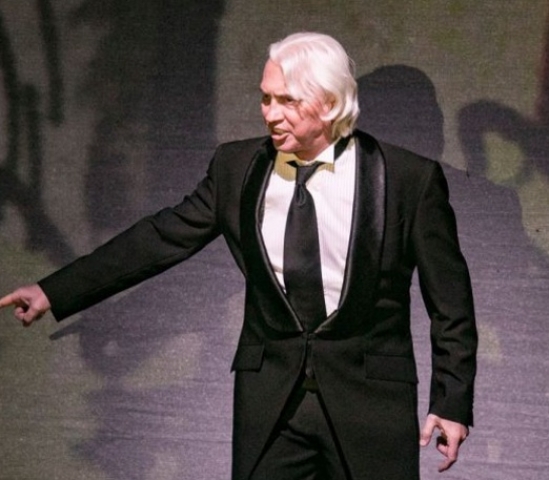 There is heartbreaking news in the opera world this morning. It has been announced that Dmitri Hvorostovsky, the leonine baritone whose smooth voice and good looks made him an international superstar has died at the age of 55. An announcement appeared on his Facebook page this morning. It is reproduced here:

“On behalf of the Hvorostovsky family, it is with heavy hearts that we announce the passing of Dmitri Hvorostovsky – beloved operatic baritone, husband, father, son, and friend – at age 55. After a two-and-a-half-year battle with brain cancer, he died peacefully this morning, November 22, surrounded by family near his home in London, UK. May the warmth of his voice and his spirit always be with us.”

Born in Siberia in 1962, Hvorostovsky studied at the Krasnoyarsk School of Arts and made his Russian debut at the Krasnoyarsk Opera House. The singer first came to international recognition in the role of Prince Yeletsky in Tchaikovsky's Pique Dame but his breakthrough was the title role of Eugene Onegin..

Hvorostovsky was at the forefront of a generation of singers that, in the 1990s, invigorated the opera houses of the West when they left the recently collapsed Soviet Union. His U.S. debut came in 1993 in a Lyric Opera of Chicago production of La Traviata. His first role at the Met was as Yeletsky in 1995, a role he would sing eight times that season. This reporter first saw him as Valentin in Faust opposite Richard Leech.

With a huge stature (he was 6'4") and boasting a mane of silvered hair that quickly became his visual trademark, Hvorostovsky combined elements of musical talent and sex appeal that resulted in rapid ticket sales whenever he sang. He expanded his repertory into Verdi's operas, playing the heavy in works like Ernani and Un Ballo in Maschera. He added Rigoletto and Simon Boccanegra too, showing great dramatic range in these challenging roles. This month, the Delos label released a complete recording of Rigoletto with Hvorostovsky in the title role.

At the time of his death, Hvorostovsky was a beloved international figure, appearing in the operas of Verdi and Tchaikovsky. He sang all over the world. His last Met performance, twenty years after his debut, was in Il Trovatore  opposite Anna Netrebko. Earlier this year, he also made an appearance at the company's gala celebrating 50 years at Lincoln Center, singing an aria from Rigoletto to a standing ovation.

Two years ago, the singer announced that he was battling a brain tumor. In the months that followed, he withdrew from a number of planned full opera productions, including last year's eagerly anticipated Met revival of Onegin and this year's ultimately cancelled Calixto Bielto staging of La Forza del Destino However, he was be able to participate in concerts and recitals. His last such appearance in New York was in February of 2016 at Carnegie Hall. A Superconductor review of that concert appears here.

Hvorostovsky is survived by his widow and four children. (Reprinted courtesy of Superconductor.)