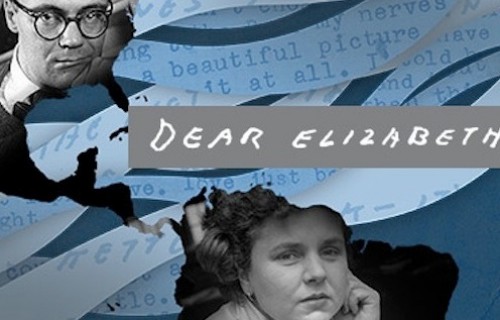 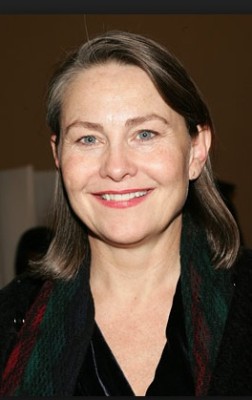 Cherry Jones captivates in the role of Elizabeth Bishop 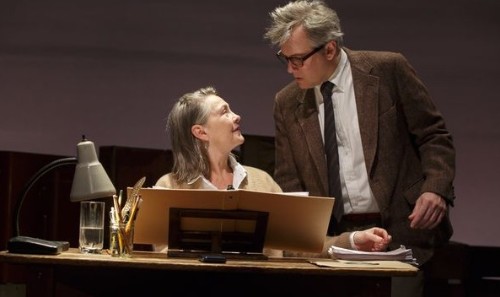 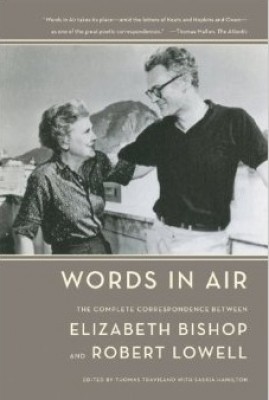 The published correspondence of Bishop and Lowell, dear, deep friends. 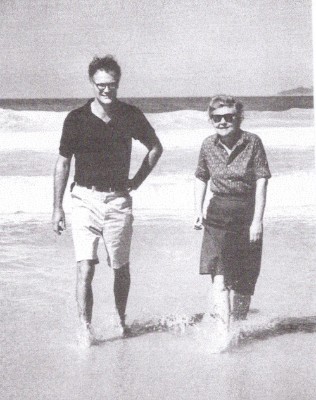 Lowell and Bishop both enjoyed the sea.

The pleasures of correspondence are rarely revealed, but even reading/enacting the awkward abruptness of texts and emails, Cherry Jones would shine. Her malleable face reflects the words of her collaborators on stage, both their feelings and hers. Her hands, stance and an erect or crumpled body fall into compassion and revulsion without a moment's intervention.

In a stage adaptation of The Heiress,  Jones won a Best Actress Tony Award for an ineffably moving performance as a wimpy heiress who is transformed into a woman of emotional power.

The brilliance of Jones as a performer emerges from her insider's view of a role.  She describes herself as an over-reactive soul who has to keep her slate as clean as possible when  preparing and dramatizing a role. Whatever magic is in her conjured world, it draws an audience in.

Now as Elizabeth Bishop in the revolving cast of Sarah Ruhl's play Dear Elizabeth, Jones actively listens as David Aaron Baker reads the letters of Robert Lowell to ‘her’.  Baker matches her as Lowell, although from time to time he disappears into depression.  He is just as rumpled as Bishop's descriptions.

Reading the letters is step one in this production directed by Kate Whoriskey, who regularly works with the playwright.  A decision has been made to break the wall and create scenes which most often relate to the ‘almost was/what might have been' physical relationship of the two poets.  First we have the poets up to their knees on rocks in the cold Maine water.  We go inside their heads when they ask: Will you marry me? and Will he ask me to marry him?

Is what’s at stake in this condensed correspondence a more complete love? Is a sexual relationship impending? The issue when the wall is broken centers on this possibility.  Later when the poets are dancing at a Bard College event,  Lowell collapses drunk on the floor after groping Bishop.  Unfortunately, the breaking of the wall also takes the audience out of the developing relationship.

Those of us who know the lives of the real characters anticipate the outcome: Bishop chose women over men; specifically Lota.  Lowell may have been returning to the estimable Elizabeth Hardwicke when he died from a heart attack, but he had been detoured along the way by the extremely beautiful Guinness mega heiress, author and ex-wife of painter Lucien Freud.

While the actors stay within their confines emotionally, stepping out is somewhat jarring in the context of their relationship. Jones and Baker can create the whole relationship without ever looking at each other. The listening, and present-being is this intense.

We know from the start that this relationship will not develop into a physically present marriage, yet we yearn for more and more information about their shared words and what they mean. Struggles with mania, depression and alcoholism, very much related, are discussed in passing and advice about choices withheld. Bishop approves the Harvard mental institution McLean’s where Lowell lived near a Harvard Law professor and other luminaries.  Lowell approves of Lota as a mate.   Perhaps this is as much support as we can imagine in correspondence.

Jones once defined theatre as an evening of consolation and laughs.   In the ‘what ifs’ of the letters that are read in Dear Elizabeth, the audience finds a way to give up thoughts of merger and fall into a comfort zone.  The lofted words are a delight.  Other superb actors will continue to revolve until December 5th.