Visiting Poland with a Group of Educators 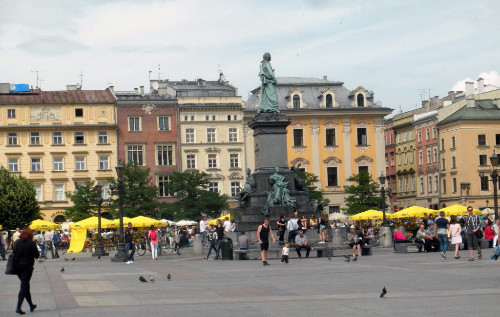 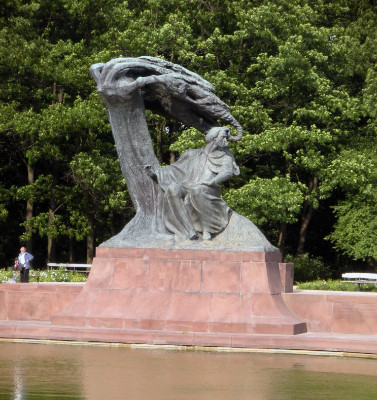 A monument to Chopin. 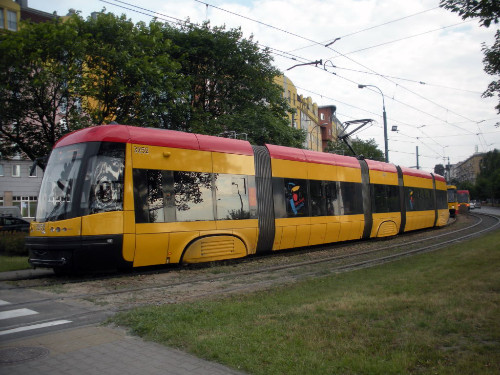 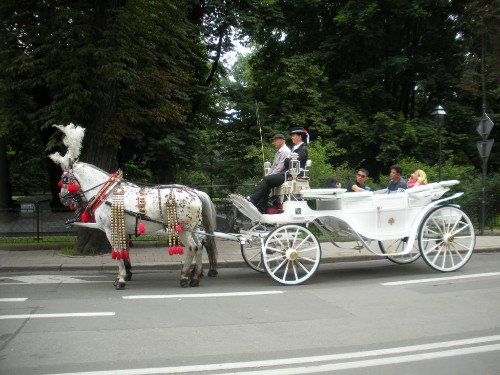 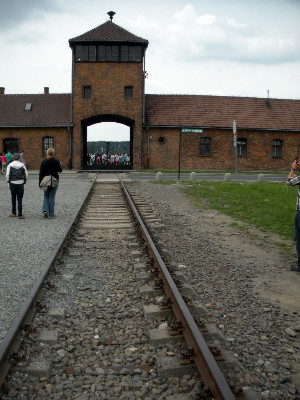 To celebrate the 70th Anniversary of Auschwitz Liberation in 2015, many colleges sent students to Poland for Holocaust awareness. Teachers found Poland a location for Holocaust research as they developed history curriculums.

Holland's Anne Frank conveyed her optimism for humanity " How wonderful it is that nobody need wait a single moment before starting to improve the world."

At the end of World War II, much of Poland lay in ruins and had to be rebuilt. Only one third of its pre-war population survived the horrors of the Nazi occupation. The postwar decision to retain Warsaw as the national capital resulted in large-scale reconstruction. The new Warsaw rose in utilitarian Socialist-Realist style.

The Old City and the Royal Castle, meticulously rebuilt after the destruction of the war, are the destinations of tourists. The two important factors in their architectural development was the influence of the church, primarily the monasteries; and secondly construction of royal residences.

A new feature in Warsaw is the Museum of The History of Polish Jews - from Middle Ages until Today. The Core Exhibition is a journey through 1,000 years of this history. Visitors will find answers to questions such as: how did Jews come to Poland? How did Poland become the center of the Jewish Diaspora and the home of the largest Jewish community in the world? How did it cease to be one, and how is Jewish life being revived?

The mandate of this museum is to contribute to the formation of modern individual and collective identities among Poles, Jews, Europeans and citizens of the world by recalling the thousand years of Polish-Jewish history.

The hope is to make the Museum of the History of Polish Jews a center of research , education and culture- a platform for social change, offering a profound, transformative experience while promoting new standards for narrating history.

The Museum is aimed at becoming both a point of reference for all those interested in the heritage of Polish Jews . While the Holocaust is presented, the Museum entails much more including centuries leading up to it.

Don't forget the cell phone-like guides you can rent when negotiating the eight galleries. Budget a lot of time as some guests stayed for several hours using audio guides.

The museum stands in what was once the heart of Jewish Warsaw-an area which the Nazis turned into the Warsaw Ghetto during World War II. This significant location is coupled with the Museum proximity to the Monument to the Ghetto Heroes; an icon of the fight for freedom and dignity in Poland and abroad.

Outstanding in the Museum is the reconstructed ceiling and roof of the wooden synagogue which once stood in Gwozdoziec, today in Ukraine. Almost 400 volunteers from Poland and abroad used traditional tools, materials and techniques to reconstruct the ceiling and roof. The original synagogue was built in the mid-17th century.

To promote this museum, a movie showing the reconstruction of the ceiling and roof of the wooden synagogue circulated around the world. Viewing it in Charleston sparked our interest to visit the Warsaw museum to see this synagogue reconstruction project in person.

Standing beneath the celestial canopy-the reconstructed painted ceiling of the wooden synagogue was breathtaking.

Warsaw has a few statues to honor famous Poles: Sitting in front of Staszic Palace is Monument to Nicolaus Copernicus-the great Polish astronomer who as poles often say "stopped the sun and moved the earth."

The city was the birthplace of the Polish composer Chopin whose monument is located in Lazienki Park. Here also can be found Lazienki Palace which is now a museum.

Poland was for centuries a cosmopolitan country and its food has been influenced by various cuisines. The food is hearty and filling with thick soups and sauces, abundant in potato and dumplings, rich in meat but not vegetables. The national dish is made with sauerkraut and meat. However my passion for gazpacho led me to dine many times at La Vina, a Spanish restaurant just a few short blocks from our hotel.

By Polish standards, Warsaw is a young city. The kids congregate in Warsaw's Old Town Square which is considered the most elegant in Warsaw and one of best in Poland.

No Polish city comes close to matching Krakow for its sheer wealth of architectural and artistic treasures. The 750 year-old-city attractions include Wawel Castle where you can learn about Polish patriotism and culture.

Cross the river and you are at the site of the former Jewish Ghetto. Today the traces of the Jewish Ghetto can be seen around the district en route to Schindler's Factory, now a world-class museum documenting Krakow's WWII plight.

In the outskirts of Krakow is Auschwitz, known all over the world for its gruesome role in the Holocaust. Auschwitz and Birkenau were among the death camps liberated in 1945. They have been transformed into museums honoring Holocaust victims. They are part of the UNESCO list of World Heritage sites.

Visiting Auschwitz requires a full day. It begins by passing beneath a replica of the infamous "Arbeit Macht Frei" (Work Makes You Free) entrance gate. From there you pass the camp kitchen where an orchestra once played as prisoners marched to work. In Block 4, you get an overview of the creation and reality behind the world's most infamous concentration camp.

According to Eli Wiesel: " I swore never to be silent whenever and wherever human beings endure suffering and humiliation. We must always take sides. Neutrality helps the oppressor, never the victim. Silence encourages the tormentor, never the tormented."